The world needs more Jerry Lundegaard’s. No, no. Not the swindling, “Sell his wife out for a million bucks” Lundegaard. The other one. The chipper, smiling, and weirdly pleasant surface level car salesman, adjectives which are rare when used in conjunction with such a profession.

Fargo is a touch of this/touch of that movie: a blast of cinematic satire insinuating truthfulness for the sake of bogus believability; scintillating winter enclosed Robert Deakins cinematography; a parable of hidden societal violence; or a personable, smirking and cordial mockery of America’s nothern-most edge.

This is not a film about murder or improper utilization of woodchippers – although it has those too. Fargo is a people film, and what a people it found. A muffled killer, a “funny looking” loudmouth, non-descriptive hookers, too proud father, and local citizenry with astute recollections. Fargo never directly creates characters so much as it lets them exist.

Within these people is a tenacity, right or wrong, to complete their operations. Marge’s tenacious inquisitiveness bumps into Lundergaard’s decaying and desperate financial rut, the latter kept afloat by amateur kidnappers who sling bullets to keep their eroding system intact. And is it all entertaining? You betcha. 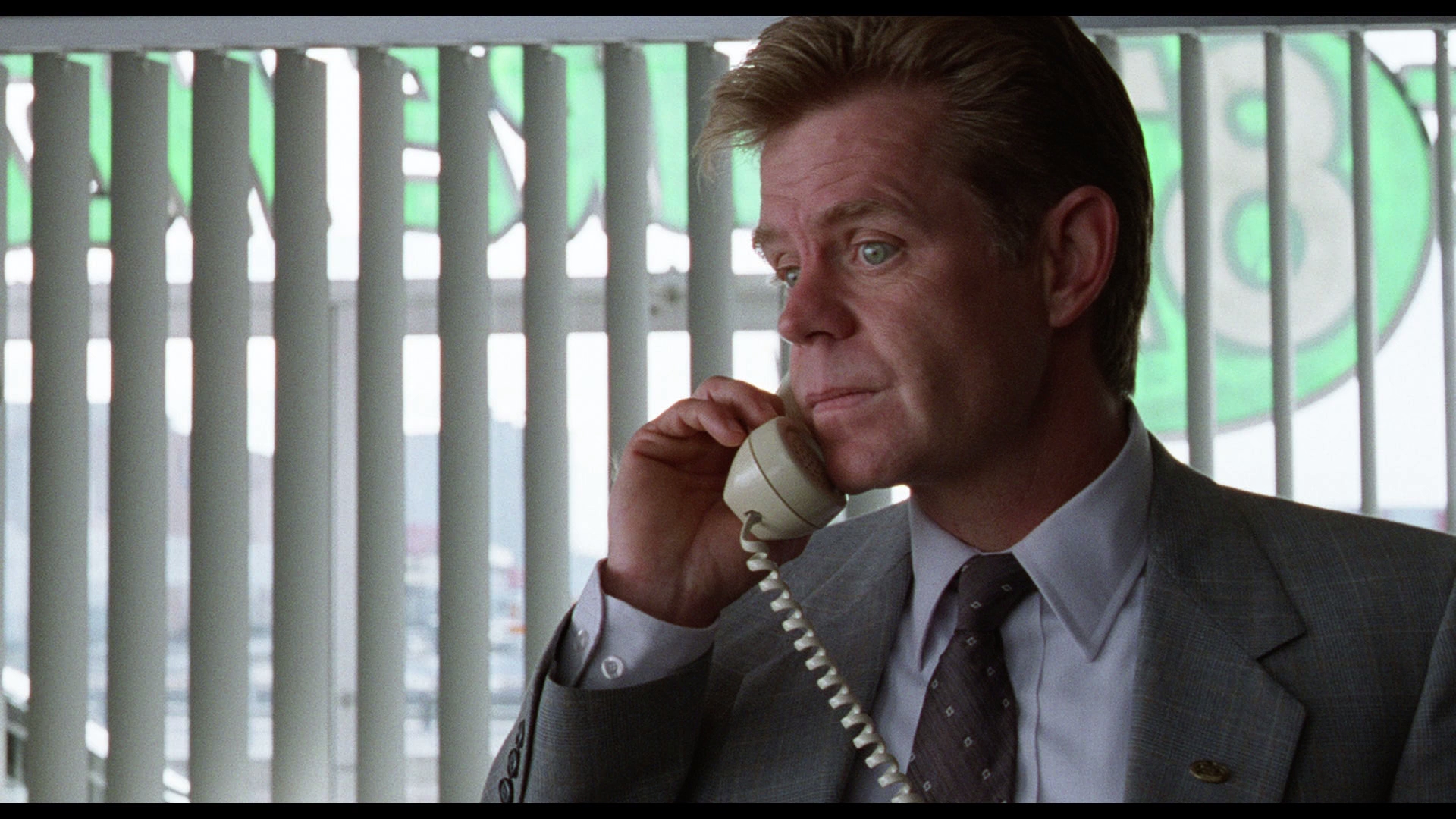 And you betcha Fox/MGM remastered this one. From their less-than-natural master utilized for the early Blu-ray release to this 4K-sourced beaut, Fargo is a success of smarter source presentation… if still under fire from problems. Edge enhancement, casting halos around much of the initial Blu-ray release, has been fired from its management position. Remnants are left by miniature ringing, brought about by harsh contrast between blinding snow and darker clothes, even then relegated to few scenes.

Fargo’s new concern is that of compression, bunched up and squashing available grain structure. In a rather bizarre occurrence, film’s qualities are cleanly evident towards the edges, while the center clumps in a smeary haze of digital manipulation when in motion. Noticeably evident on brighter snowfield elements (explicit actually), the buzzy quality is obnoxious and intrusive. It’s not rare either.

What’s left? Purity. When not under fire from mistaken encoding, Fargo’s genuine film attributes are displayed with intense resolution, pushing a torrent of facial definition. Close-ups are resolved with sharpness, distributing pores and other signs of fidelity without digital embellishment. Cinematography is preserved to the format’s limits.

Further signs of rightness lie with color/contrast grading or lack thereof. Flesh tone redness has been dispatched for sharper hues and contrasting tones are lowered to remove spotty bleaching. Natural whites maintain the North Dakota winter as opposed to a sun fired look. Primaries are subdued with a still-appealing heft. Black levels, although not to a level of true disgrace in Fargo’s first HD lump, have been adjusted for shadow detail salvaging.

Video attention is where the mastering team stayed, planting an identical DTS-HD mix onto the disc which will suffice. This remains loaded into the fronts with appreciable, deep stereo splits from the outset. Cars pan to the sides whether when in focus of the lens or in ambient positions. Music in restaurants slips into left or right fronts for a completed effect.

Undoubtedly released to coincide with a TV series of the same name, this bonus slate is rushed without fresh additions. The Robert Deakins commentary remains interesting coming from the cinematographer, and Minnesota Nice is a maturing if still satisfying 28-minute BTS short. A pop-up trivia track and text article from American Cinematographer magazine join a photo gallery and trailer collection.