Small town scum provide enough antagonistic clearance for Jason Statham to slam their heads through glass without repercussions in Homefront. Phil Broker is effectively Statham, soft spoken and often squinty eyed as he stares down a legion of underground meth dealers, a sore spot for this former undercover DEA agent.

The daughter, Maddy (Izabela Vidovic), begins this stream of unfortunate violence after a school bully rumble inadvertently finds Gator an opportune business spike. While audiences are waiting for the inevitable clash, Broker dispatches local hooligans and smiles at authorities who ultimately feel indifferent to this recent uptick in assaults.

Statham opens as an undercover taking down a crumbling drug empire, blasting engines and exhaust into the face of a film meant for its male demographic. Who needs character when Jason Statham is punting heads with roundhouses? Homefront’s M.O. is to leak character fragments piecemeal, or drop them entirely. A suggested romance between the school psychologist and Broker fizzles as this third act begins to spout flames.

This rather nondescript sub-section of New Orleans seems cast in the shadows of The Last Stand, even down to a climatic bridge stand-off. To its credit, Homefront is physical, scrunching bodies into fetal positions after kidney shots and a creative bout in a boat dock. Rounds of gunfire act as bonds for something louder as a buff Frank Grillo steps in front of the lens as a crude bounty hunter.

Categorization lends Homefront the breathing space of a revenge feature even if Broker is built apologetically. This is neither an insane half hero or distant father figure, instead driven softer by his tucked in rage. Until pushed toward the necessities of blatantly budget conscious car wrecks, Statham plays this character uncharacteristically placid. 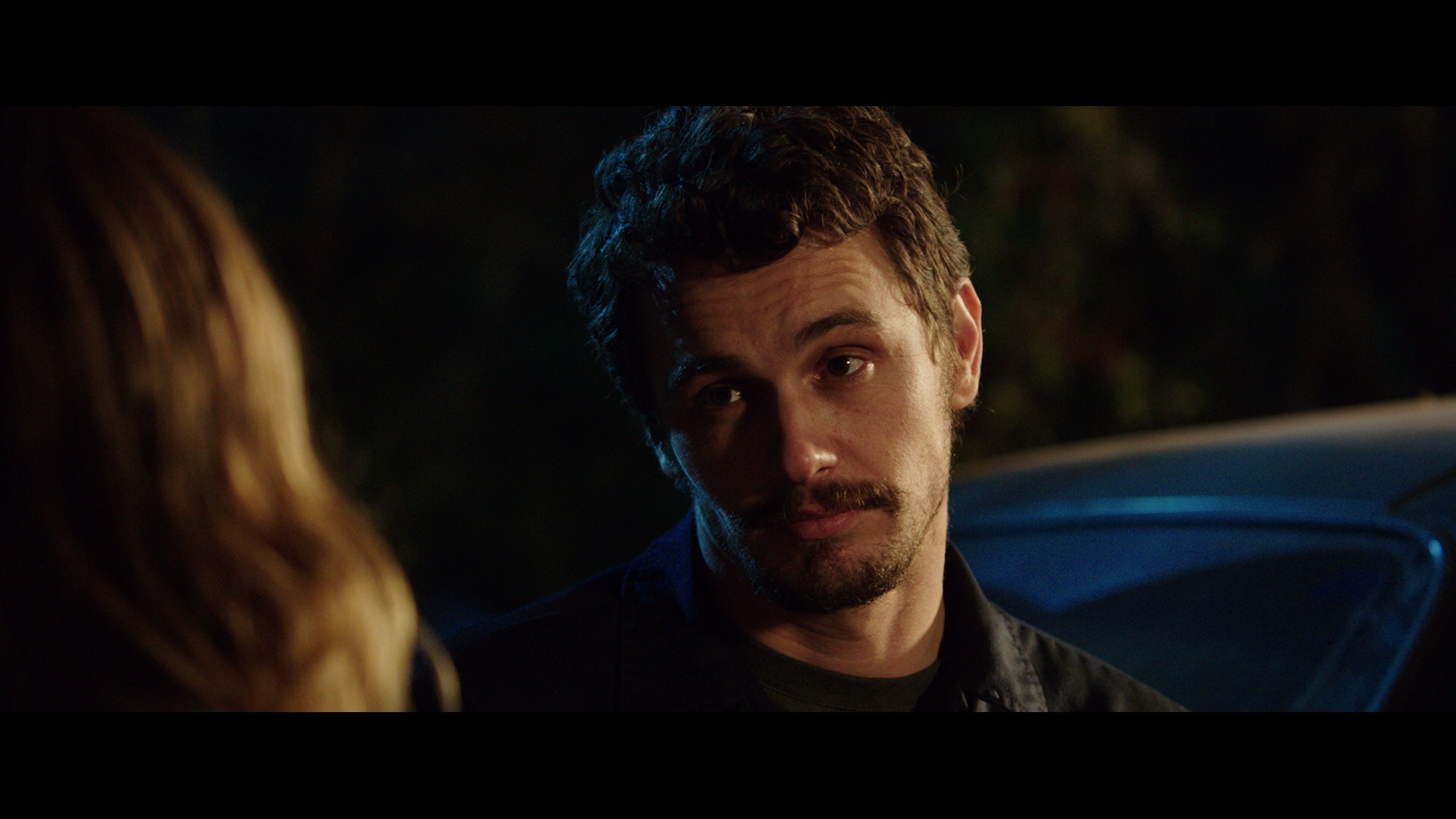 While stunted by mild noise – mostly held to the opening act – Universal’s work on this digital source is typical new release perfectionism. While toying with uncomfortable color combinations on occasion, Homefront is sun blasted with warmth. Flesh tones are suitably pleasant with primaries to match their heft. The serene beauty of Broker’s home is gorgeously rendered.

Free of processing, these images thrive on sharpness, pulled from an undoubtedly high resolution source. Complexity is often high as trees fill the frame, foreground and background, with the AVC encode offering no sluggishness in rendering these New Orleans locales. Close-ups are often hit with aggressive lighting schemes courtesy of longtime cinematographer Theo van de Sande, brushing these shots with dominating precision detail.

Likewise, this set-up brings with it a tough contrast without leading into an area of crushed blacks. Image density is exhausting at times thanks to the alluring display of depth. In combination with saturated color management, Homefront’s visual scale is appreciably heavy. Even when lacking the full range of color, images maintain their quality.

Homefront does not strike with immediacy, opening inside of a cliché biker bar, all captured with a wobbly focus. What seems imperfect spins itself around to create a generally dazzling display of home video’s four essentials: color, contrast, blacks, and detail. Give this one time to charge and it provides.

The above mentioned biker bar is an immediate blast of exaggerated ambiance, pulling together a rough crowd and booming music. A shoot-out which follows brings in the array of bullet pings as ammunition slips by its target. Mirroring this sequence is a later incident, albeit in more open air without notable change in design save for the subwoofer power captured in shotgun fire.

Any major action flick needs explosions and Homefront offers a few for the audio hungry. Flames sprout and roar in the low-end with satisfying force, surrounds picking up to accentuate the blasts. Stereo and rear speaker spread is satisfying, delivering individualized channel audio. Ambiance, particularly some seagulls near the docks, provides a continued soundstage when fights are not the focus.

A short batch of deleted scenes (some merely extended) and a, “why did they bother” three minute promotional featurette are the sole extras.