Trying to fill the void left by the end of the Harry Potter franchise, The Adventurer: The Curse of the Midas Box hits home video after a token theatrical release. Headlined by well-known stars such as Lena Headey and Sam Neill, the English production is a firmly traditional adventure yarn constructed around a teenage protagonist in Mariah Mundi (Aneurin Barnard).

Set in the Victorian period, the story is adapted from G.P. Taylor’s bestselling novel, Mariah Mundi and the Midas Box. Taylor wrote a trilogy of novels around Mundi and his comrades, so it remains to be seen whether the next two books in the series hit the big screen. The Adventurer attempts nothing new but makes for fine family entertainment, a solid option for all ages.

The year is 1885 as the movie begins in bustling London. Seventeen-year-old Mariah Mundi’s life is changed forever when his parents mysteriously vanish and his younger brother, Felix, is kidnapped by the villainous Otto Luger (Sam Neill). Mariah learns his parents, both professors at Oxford, secretly work for the Bureau of Antiquities. The Bureau of Antiquities prevent supernatural artifacts commonly found in a series like Indiana Jones from falling into the wrong hands. In this case, it’s the fabled Midas Box. The Midas Box can supposedly turn anything placed in it to gold. Before she vanished, Mariah’s mother had given her children an amulet that might hold the key to finding the Midas Box.

Captain Will Charity (Michael Sheen) is another person working for the Bureau of Antiquities, popping up when the plot calls for it to help Mariah along in his quest to rescue his brother and find his missing parents. Charity directs Mariah towards the Prince Regent hotel, owned by Otto Luger. Luger is obsessed with finding the Midas Box and uses the Prince Regent as a front, to mask his search for the object reputedly under its hot springs. Lena Headey plays the vampish hotel manager in league with Luger, though her portrayal is somewhat cartoonish and over the top. Mariah works undercover at the hotel as a porter, meeting a friendly maid in Sacha (Mella Carron). Sacha gets sucked up into Mariah’s investigation while dealing with her own problems.

The narrative is quite compelling in the beginning, if a tad conventional. The Victorian era is richly imagined with nicely rendered FX, creating a playful mythology for the entire series. At times the movie feels like an electrifying mix of Indiana Jones and Harry Potter, mixing historical adventure with mild fantasy elements. Michael Sheen gives a charismatic performance as an unconventional hero and Sam Neill can play a villain in his sleep. Those are the movie’s strong points.

Where The Adventurer fails is a somewhat absurd revelation about the Midas Box and its true power, turning the final act into a special effects-laden extravaganza straight out of a TNT mini-series. Its imaginative creativity and character-building up to that point are diminished by an over-the-top ending, turning an excellent movie into a more ordinary creation. The big action setpiece at the climax is easily this movie’s weakest aspect, using CGI that is a step or two behind the latest Hollywood blockbusters. The movie is not fatally flawed, it is still a fine historical adventure film with likable characters. The Curse of the Midas Box does set-up for more adventures starring Mariah Mundi and friends, including a teaser for the next film in the series. 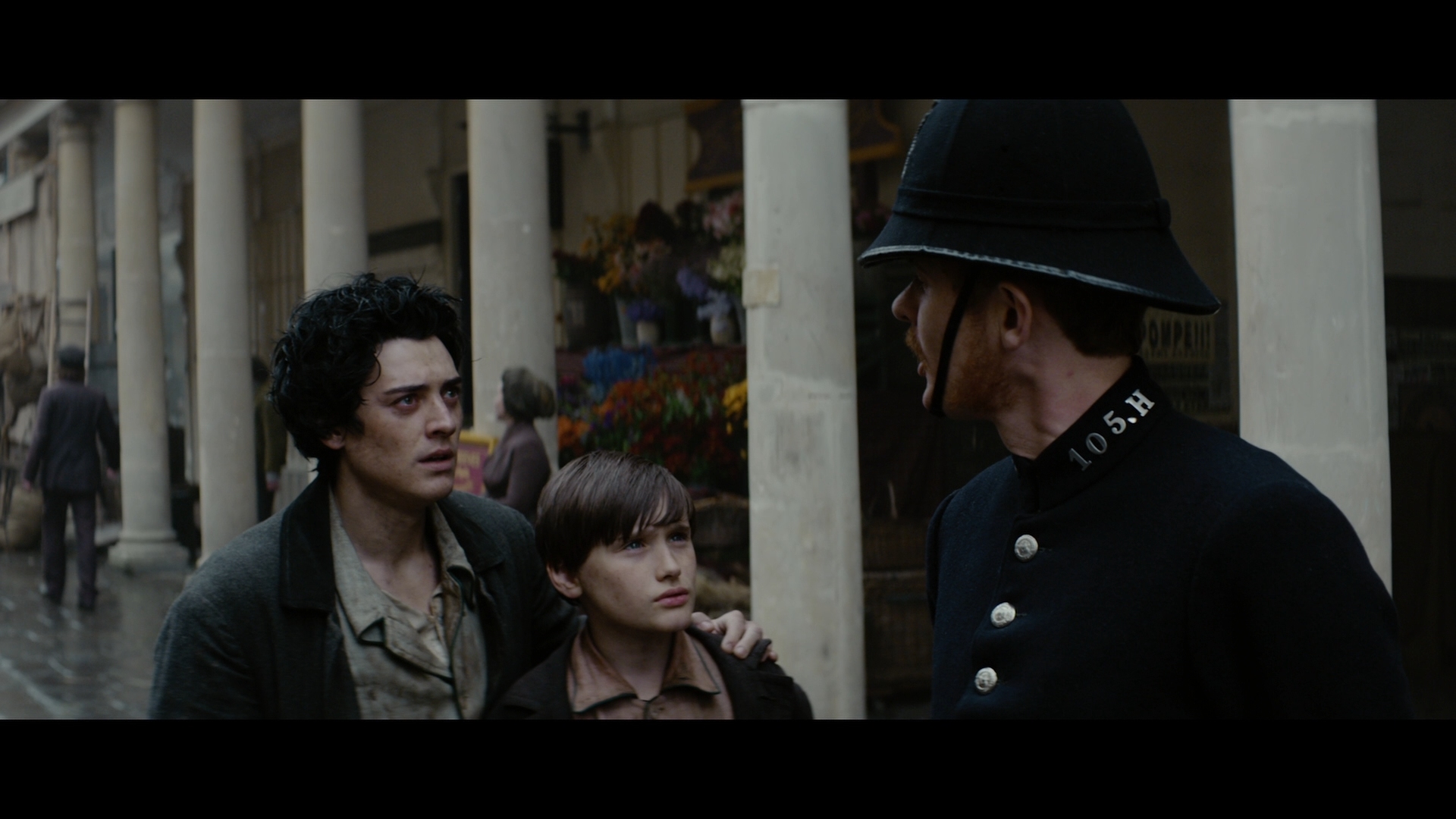 Image Entertainment presents The Adventurer in fine 1080P video, encoded in AVC on a BD-25. The video encode averages a satisfactory 19.99 Mbps for the main feature, occasionally producing some banding and other compression artifacts. The scenes hit hardest by the banding are in the foggy night outside the hotel, as Mariah searches for his brother. A better video encode would have cleaned up the problem, though it is confined to a few, spare moments.

The movie is properly presented at a 2.35:1 scope aspect ratio, preserving the intended cinematography. The world of Mariah Mundi is heavily constructed out of digital FX and greenscreen work. Production values are quite good most of the time for such a modest budget. Most viewers will be hard-pressed to recognize that most of the Victorian sets don’t exist in reality, it is a fairly seamless experience. Shot on the Arri Alexa camera, the raw picture quality is highly clean and sharp for exterior shots. There are some inconsistencies in the video, close-ups waver from ultra-detailed intensity in some shots to mushy detail for digitally-shot video.

The transfer is likely derived straight from the movie’s Digital Intermediate. There is no serious evidence of zealous processing, though some aliasing creeps into the picture due to the digital composites and extensive CGI. Its color grading does occasionally affect the contrast, black levels are slightly crushed in certain shots. The nearly perfect clarity is heavily reduced in darker scenes, especially the ones set at night or in dark places. Like many other modest productions using the Arri Alexa, dips in overall detail and shadow delineation manifest in the darkest shots.

The most impressive thing about The Adventurer’s technical presentation is a dynamite 5.1 DTS-HD MA soundtrack. Presenting an active soundfield most of the time, it immerses the listener in a world powered by steam. This is one of the more nuanced and balanced audio mixes I’ve heard in some time, featuring clear gunshots, discrete cues and excellent panning across the room. The strong clarity of each sound has precise surround imaging, creating a very engaging audio experience. Any soundtrack can rely on bombast to overwhelm the listener, but this soundtrack uses deftly placed sound effects to great success.

English SDH and Spanish subtitles are provided as options, displaying within the 2.35:1 aspect ratio.

First pressings include a nice, foil-embossed slipcover. This Blu-ray edition only features one featurette, but that one featurette covers a decent amount of ground.

The Making Of The Adventurer: The Curse of the Midas Box (20:43 in HD) – This behind-the-scenes look into making the film is comprised of several different sections, from cast and crew interviews to footage of an actual scene being filmed. The material is pretty standard for this type of featurette, though it combines different topics that likely would have been broken up into smaller featurettes by some other distributors. Most shocking is how reliant the set design of the film was on composites. Without the digital sets, the actors were practically in an empty room as they filmed scenes.