A romantic weekend for two turns into a nightmare from hell. Kevin (Billy Zane) is in a relationship with Sadie (AnnaLynne McCord). The wealthy, older man has been dating Sadie for a few months. She is secretly hoping for a proposal during the weekend at his palatial summer getaway on the lake. What Kevin doesn’t know about his girlfriend is her troubled history and mental problems when off her psychiatric medication. Sadie learns from text messages found on Kevin’s phone that he has been sleeping with her best friend, Jennifer (Viva Bianca).

The revelation utterly stuns Sadie, unhinging her mind. Sadie quickly becomes a raving psychopath, bent on torturing both Kevin and Jennifer. She quickly drugs and binds Kevin in his house, then lures Jennifer over by impersonating Kevin’s texts. Sadie proceeds to torture the cheating pair in a series of increasingly gruesome scenes. The victims put up little resistance to her insane rantings until it becomes clear she intends to kill them.

One of the big problems in Scorned is its reliance on graphic and monotonous torture scenes. Both Kevin and Jennifer are given little to do as characters except be unwilling victims. Most of the screen time is taken up by Sadie’s demented rants against them. She is a completely one-note character given a flimsy backstory, repeatedly shown in brief flashes. AnnaLynne McCord is a good actress but the inane dialogue given to her character becomes repetitive. Once you’ve heard Sadie’s first few lines, she hardly has an original thing to say in the rest of the movie. 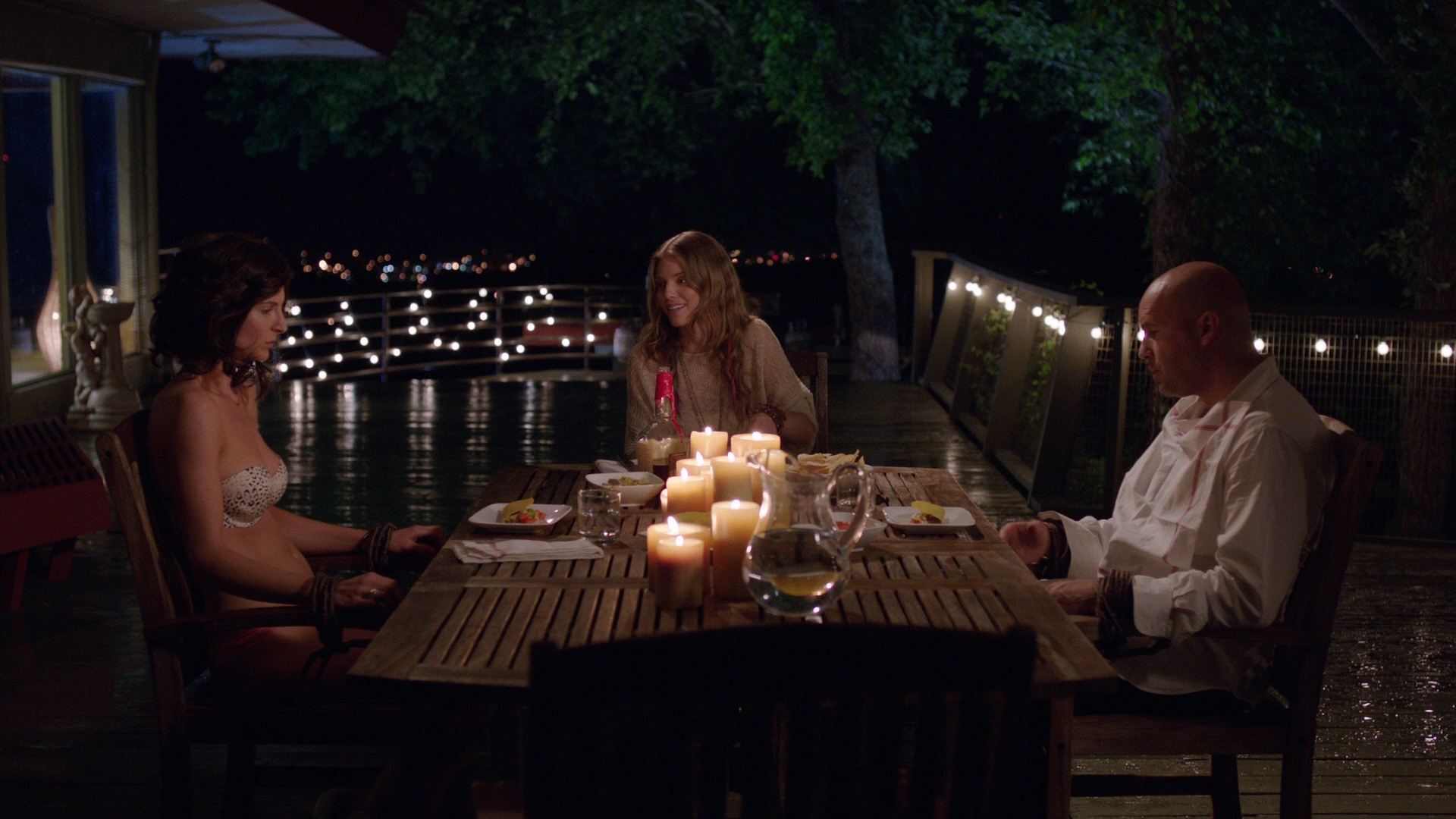 Starz has bestowed Scorned with a clean, technically perfect transfer on Blu-ray. The low-budget Scorned carries a running time of 86 minutes to a BD-25, the AVC video encode averaging 29.46 Mbps. Conflicting information exists as to its native aspect ratio. Starz has chosen to present Scorned in a relatively pleasing 1.78:1 widescreen aspect ratio. Some sources indicate the intended composition might have been 2.35:1.

Scorned looks firm in 1080P resolution. The Hi-Def presentation is bursting with fine detail in razor-sharp close-ups. Clarity of the first act is immense, rendered in a neutral palette that leaves every detail in crystal-clear definition. There are no contrast issues to report and shadow delineation is solid, considering the likely digital heritage of the footage. Black levels are steady, if not the inky depths seen in reference video. Minor problems include flatter and less detailed medium-range shots, especially as the action shifts outside Kevin’s home.

The Digital Intermediate has not been manipulated with unnecessary processing such as digital noise reduction and sharpening. A preponderance of yellow in the color balance tilts flesh-tones to a minor degree, though nothing out of the ordinary for modern video. The standard picture quality is great for an independent feature, professionally shot beyond the levels of most low-budget thrillers. It is still a touch behind the better Hollywood features, but Scorned’s modern, digital video is a nice effort.

A strong 5.1 Dolby TrueHD soundtrack is the sole audio option for Scorned. The surround mix is filled with a bevy of strong Foley work, as much of the film takes places on a stormy night. Rarely does the sound of rumbling thunder and crackling lightning leave the mix, backed by solid LFE output. Dialogue is cleanly rendered in perfect fidelity. For a low-budget movie, you wouldn’t know it from the spacious audio presentation.

No special features are included for Scorned, not even a trailer.