Shia LaBeouf and Evan Rachel Wood star in this violent tale of romance, set in the exotic locale of Bucharest. Receiving a token theatrical release, Charlie Countryman boasts familiar Hollywood talent with stylish direction by newcomer Fredrik Bond. The movie works as a psychedelic ode to True Romance, the off-kilter classic penned by Quentin Tarantino. Its off-beat script starts off shaky but it all comes together in a great final act to deliver a satisfying story.

A young American, Charlie (Shia LaBeouf), is told by his recently departed mother (Melissa Leo) to visit Bucharest, Romania. Charlie doesn’t think too hard about it, honoring his mother’s advice by quickly hopping on a plane with no plan on what to do when he arrives in Romania. Every decision Charlie makes goes against common sense, as he wanders through life in a relaxed, almost spiritual manner. Charlie doesn’t now it at first, but he’s looking for love.

Charlie becomes friendly with the passenger next to him, an elderly Romanian returning to his beloved daughter in Romania. The elderly man passes away on the plane flight before landing and once again, Charlie is given a message by a ghostly vision. This all leads to Charlie meeting the man’s daughter, the mysterious Gabi (Evan Rachel Wood). Charlie feels an instant kinship with Gabi, as he has just lost his mother and she has now lost her father. Charlie Countryman is ultimately about these two characters’ romantic fate, though destiny in the form of Gabi’s prior significant other, Nigel (Mads Mikkelsen), conspires to keep them apart.

One point must be made before moving on about the movie. Charlie Countryman mostly takes place in Romania (filmed on location) and the character of Gabi is Romanian herself. Gabi is played by Evan Rachel Wood, clearly not Romanian. In a perfect world, she is probably not the actress chosen for this role. Wood’s Romanian accent is perfectly fine but she doesn’t really have the ethnic look needed for a Romanian. Evan Rachel Wood is a capable actress and acquits herself well in Charlie Countryman. Producers clearly wanted a big name above the marquee and an unknown Romanian actress was not going to cut it for their needs.

Charlie ends up in all sorts of problems in Bucharest, especially unwanted attention from the violent Nigel. Mads Mikkelsen is absolutely perfect for the psychotically violent Nigel, a man we learn is closely following Gabi’s movements. Nigel and Gabi have a complicated relationship that gets slowly revealed as Charlie gets closer and closer to Gabi. Bond’s stylish direction takes a page out of Guy Ritchie’s playbook, as we see Charlie run around Bucharest with two friends in a dream-like sequence.

Known as The Necessary Death of Charlie Countryman when it first screened at Sundance, this film succeeds in spite of its quirky, off-beat nature. Mads Mikkelsen absolutely steals the show in his small role, bringing a manic intensity to each scene he’s in as Nigel. There are times in the early going when you wonder where everything is ultimately heading, but it all comes completely together in a thrilling last act that proves romance is not dead. Shia LaBeouf gives a credible starring turn in easily his quirkiest role to date. 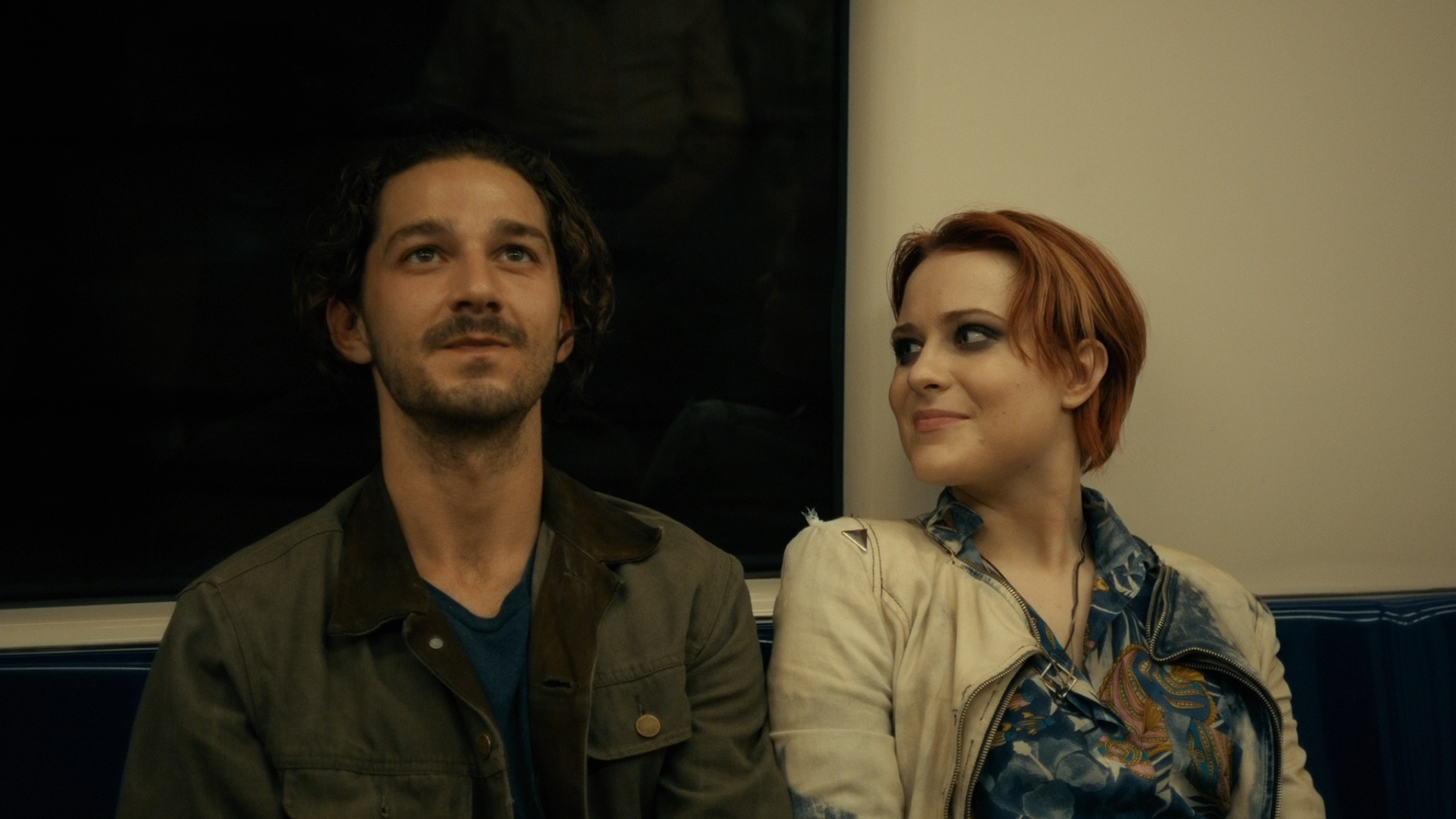 Director Fredrik Bond made his mark in music videos before making the leap to feature films in Charlie Countryman. That experience shows in the kinetic visual style employed in many scenes. Stylized cinematography is better than average, discounting a few small problems.

The main feature runs over 103 minutes, encoded in AVC on a BD-25. The average video bitrate runs a pedestrian 21.03 Mbps, leading to slight hints of noise and chroma loss in a few scenes. Charlie Countryman’s 1080P video is presented at a 1.78:1 aspect ratio. The strong technical presentation is due to a distinct lack of undue processing to the Digital Intermediate.

The picture lacks a small touch of refinement to its black levels, leading to minor crushing in shadow delineation and texture. Overall detail is nice, particularly in the razor-sharp close-ups. The unprocessed video’s strong resolution is marred only by a lack of dimensionality, leaving the picture looking flat and dull at times.

The slightly limited color palette tends to favor yellow, pushing toward flesh-tones. This is not the most colorful cinematography, going for a distinct aesthetic more favorable to the setting of Bucharest. However, Charlie Countryman is a good-looking film, especially for a production coming out of Eastern Europe.

Charlie Countryman has one of the most hypnotic, entrancing film scores I’ve heard in the past year. The soundtrack is constructed from electronic textures and synthesized noises, often mixing in music from artists such as Moby. The 5.1 Dolby TrueHD presentation has a powerful mix, using a wide dynamic range that proves its meddle in both surround audio and low bass. Club scenes pulse with energy, sweeping the room with sound. I wouldn’t characterize the mix as reference quality, but its engaging music and score help to elevate Charlie Countryman from ordinary to extraordinary.

A secondary mix in English 2.0 Dolby Digital is included at 192 kbps. Optional English SDH and Spanish subtitles display in a white font.

Millennium Entertainment has provided a handsome, embossed slipcover for first pressings. The special features are in standard definition, aside from a few trailers.

Trailers (All in HD) – Parkland, As I Lay Dying, Ninja II: Shadow of a Tear, Hell Baby, Charlie Countryman

Deleted Scenes (21:00 in SD) – Some interesting stuff, including an alternate opening and closing to the movie with added narration. Some of these scenes likely could have made the movie, although they would likely change the tone and themes of Charlie Countryman.

Behind the Scenes (21:19 in SD) – A fairly extensive documentary, featuring the principal cast and crew. Some of the comments greatly help placing Charlie Countryman within proper context.