Bar none, the best ninja film made in decades.

If you bothered to click on a review for a movie called Ninja II, you’ll want to watch this superb actioner starring Scott Adkins. Ninja II: Shadow of a Tear is ten kinds of awesome, a type of pure throwback to the halcyon days of the 1980s, when the ninja became a pop culture phenomenon in America. The incredible fight choreography and a nice supporting role by Kane Kosugi bolster a fairly standard story of vengeance.

Ninja II might be the vehicle that finally turns Scott Adkins into a major action star. The British actor convincingly plays Casey Bowman, an American happily living in Japan. Casey has trained his entire life to be a ninja and now runs a dojo. His Japanese wife Namiko (Mika Hijii) is pregnant with their first child. Casey’s life is shattered when he discovers his pregnant wife has been brutally slain while he was away on an errand. The police believe it was a simple robbery but Casey has other ideas. Suspecting local thugs that he had run into earlier as the culprits, Casey traces the source of his problems back to Goro (Shun Sugata), a major drug-lord hiding in the jungles of Myanmar (formerly Burma).

Bitter and angry, Casey goes to Thailand where his friend Nakabara (Kane Kosugi) runs a fight school. Nakabara tries to help his friend attain inner peace, but Casey can’t let the murder of his wife go unpunished. A student at Nakabara’s school is mistaken for Casey and also ends up murdered. Casey now realizes he must take matters into his own hands as only a ninja can, using stealth and subterfuge. He heads off to take out Goro by himself, waging a one-man war against the heavily-guarded man.

Newer viewers don’t need to worry about Ninja II as a sequel. The story is completely self-contained and knowledge of the first film in the series is not necessary. In fact, this movie works better as a standalone feature. Director Isaac Florentine knows how to craft an intense action film that doesn’t go beyond the boundaries of reality, preferring to keep the action more realistic and grounded than most of the summer garbage being churned out by Hollywood on a yearly basis. Adkins is quite impressive in his physicality and puts on a very convincing imitation of a ninja. He is perfectly cast for the role, capable of striking a martial arts stance with the best of them.

Someone at Paramount should get Isaac Florentine and put him in charge of a Snake Eyes’ (of G.I. Joe fame) solo movie. This story could have easily been re-worked for that character, it ends up being infinitely more entertaining than either of the big-budget G.I. Joe movies. You know that Ninja II is a great movie when the worst criticism leveled against it is the poor sub-title name, a hokey reference that is even dumber upon reflection. It deserves a huge audience and I hope that it gains recognition on home video, like so many other cult classics.

The story in Ninja II does not break any new ground and has been told before in a thousand action films. But its combination of pure action, great fight choreography and sheer ninja charisma are impressive, making it one of the best action movies of this new millennium. Sign me up for Ninja III. Fans of the stealthy Japanese assassins, stop reading now and watch Ninja II; it’s possibly the greatest action film ever made starring a ninja. 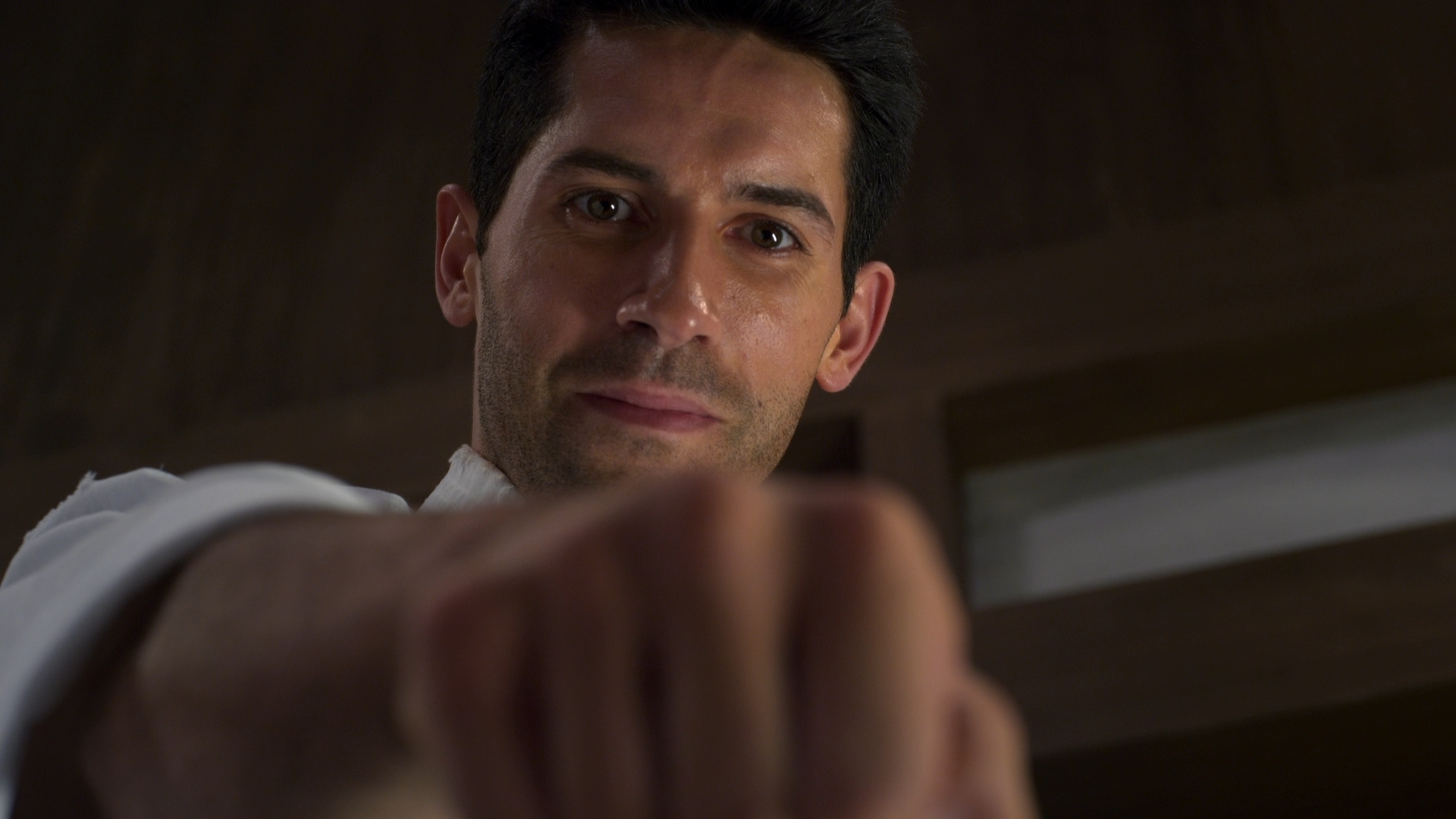 Ninja II is simply one of the best-looking Blu-rays ever released. Shot with the high-end Red Epic digital camera at staggering resolution and then carefully transferred to a Digital Intermediate, the video has stunning demo quality that will shock even videophiles. Few live-action Blu-rays ever released can match Ninja II’s perfect clarity, rendered with a deeply-saturated color palette and incredible detail. The vivid definition it provides is incredible to watch at times.

Ninja II runs 94 minutes, encoded in a satisfactory AVC-video encode on a BD-25. Millennium Entertainment should have probably put this film on a BD-50 to expand the video bitrates. As is, only a few hints of compression artifacts make even a slight appearance. Viewers on smaller displays will completely miss the faint banding in a handful of scenes. The 1080P video is pristine and clean, entirely free of noise or other distractions. Its depth and delineation are both fabulous, producing razor-sharp detail with a wide depth of field. This is high-end digital cinematography at its finest, properly presented in a 1.78:1 aspect ratio.

Unfiltered Red Epic footage has the type of high-frequency detail which is a sight to behold on larger displays. Every inch of Adkins’ stubble in close-ups can be seen in intimate detail, presented in jaw-dropping clarity. If the film was amiss, I would still recommend videophiles get this BD as a pure demo disc. Technical perfection using the latest camera technology produces a perfect picture.

Ninja II has an impressive 5.1 Dolby TrueHD soundtrack. This one has it all, from rocking explosions to shurikens flying over your head. Every fight is backed with excellent Foley work, as swords clash and roundhouse kicks land on their opponents. Gruesome bone-crunching noises come through in perfect clarity, rendered in pristine sound. An action movie at its heart, the robust mix creates a very immersive experience that sucks you into the story of Casey Bowman and his quest to find his wife’s killer.

A secondary English 2.0 Dolby Digital soundtrack at 192 kbps is provided. English SDH and Spanish subtitles display in a white font. Some non-defeatable English subtitles appear for the characters speaking in Japanese.

Millennium Entertainment has included three featurettes, though there is some duplication of material between them and they only appear in standard-definition. The first two are definitely worth watching, as both director and star share their insights into how they came up with the formula behind Ninja II. Director Isaac Florentine has been training in Martial Arts his whole life and used that knowledge to produce a more authentic movie.

Featurette (07:15 in SD) – Crew and cast discuss several issues pertinent to Ninja II, including its choice of weapons. Both Florentine and Adkins reveal penetrating answers on the topics raised.

Cast and Crew Interviews (12:36 in SD) – Isaac Florentine, Scott Adkins and Kane Kosugi answer questions on a variety of subjects. The format is a little strange, as we don’t hear the interviewer and some of the answers were already featured in the first featurette.

Behind the Scenes (05:23 in SD) – Some footage from the set, provided without commentary or context.

Trailers (all in HD) – Ninja II: Shadow of a Tear, Parkland, As I Lay Dying, Charlie Countryman, Hell Baby