We exist on a precipice of unbridled connectivity to each other, brought to us by international conglomerates who adore the idea of collecting data. It’s quite terrifying. For Paranoia, it becomes a cause for piling bodies. Two heated competitors are seeking evolution in the mobile space, both headed by antagonistic CEOs engaged in billion dollar grudge matches.

In the middle is Adam Cassidy (Liam Hemsworth), cocky and arrogant with an urge to ditch traditional corporate ladders; an elevator ride is easier. Entrapped for his flagrant misuse of company accounts, Cassidy becomes a pawn of Nicolas Wyatt (Gary Oldman), Cassidy forced to infiltrate Jock Goddard’s (Harrison Ford) rival mobile company. The goal is a critical future progression with data being slung readily for the sake of convenience… or possibly greed.

Paranoia draws broad strokes for its CEOs, one sniveling, the other passive in his reach. Neither are particularly believable, crafted to be direct opposites in mood, language, and story purpose. Either way, they’re directly hated, ignorant of those below them and focused on shimmering profit forecasts. Despite performances of note, these dueling egos are bred on popular conceptions of higher ups.

Most egregious is Paranoia’s miserable closure. It swells on an idea of revenge to plant Cassidy as a heroic figure set on a path of start up righteousness with zero consideration of those put out of work for his implausible actions. The twist, which hinges on a complex series of unlikely events coming together without fault, further erodes final credibility.

Getting there, this New York-based feature captures a level of invasive cameras and personalized espionage to work, certainly garnering a level of humanity. Cassidy is tasked with caring for his sick father, Frank (Richard Dreyfuss), while both share low rent housing. Frank becomes someone for Cassidy to lean on and trust despite a riff between them. Somewhere in this mix is messaging regarding shattered American dreams and the impossibility of reaching high ranks. This is hardly a film with kind words about capitalism.

Paranoia turns jumbled and plodding, its tensions routine or awkwardly characterized to generate intended thriller status. Employers hire hitmen who stare down Cassidy with snarling faces as they sit on impractical furniture with indifference. Levels of titled paranoia run in the undercurrent; people are watched, although without direct visual markers. Paranoia is a film where everyone plays each other to heightened degrees and the losers are the ones who could never play. 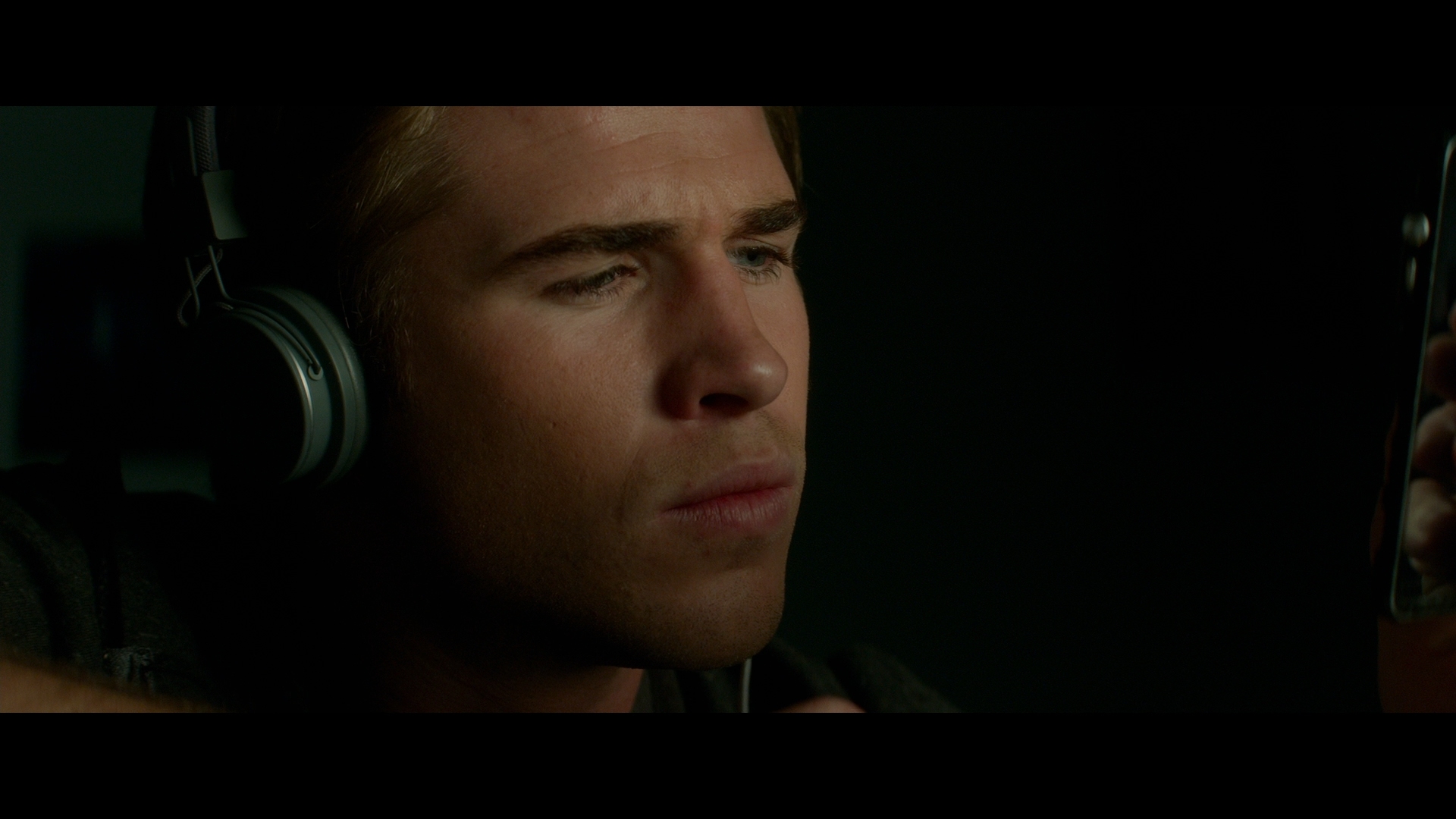 This digitally captured video shines on Blu-ray with some level of purity lost due to cinematography. Certain shots sway from sharpness and appear murky – even filtered – without the gloss of facial definition regularly visible. Most close-ups are stunning with a supporting array of aerial New York skylines to adore. Medium shots are natural.

Hints of noise are bothersome if never brought to the forefront. Most of the evidence exists early in the feature. Skylines, for their genuine sharpness, are hit with a resolution bug. Aliasing and shimmering on more complex buildings can be spotted during pans.

Acting in support are black levels, substantial in their weight with no drop of consistency. Interiors or exteriors work equally to drench the piece in appreciable depth.

Finally, color is grazed with teal, rare missteps making it readily apparent. Flesh tones are proven naturally clean with exterior lighting adding bursts of brighter hues. Greenery around lavish homes is beautifully reproduced. Primaries are never intense, but rather situated into a general palette with plenty of appeal.

Paranoia’s DTS-HD mix comes alive once (almost too much so) with a helicopter panning overhead at 24:35. The subwoofer is completely alive for a second or two and highs burst from the fronts with a volume spike. It’s a jolt to personal and audio systems.

Four deleted scenes (five minutes) jump start menial bonus features. Privacy is Dead reveals terrifying stats about public cameras and how little is truly away from peering eyes. Paranoia Begins is the making of offering, brief with a level of admiration for the source novel. The Players hones in the cast. In total, this trio comes out to 15-minutes of material.