Clear History is a vehicle for Larry David’s current brand of improv comedy, stretched to theatrical length. The driving force behind Seinfeld in its early years and more recently Curb Your Enthusiasm, Larry David replicates the comedic formula behind the latter hit show in Clear History. What worked so hilariously on Curb Your Enthusiasm does not work as well in this patchy effort, built on an ensemble cast attempting to keep up with the manic, acerbic comedian. A somewhat implausible setup works as the narrative for Larry David to play himself and keep the story working, interacting with other celebrities such as Kate Hudson, Jon Hamm and Michael Keaton.

Nathan Flomm (Larry David in a ridiculous wig to make him look younger) is a marketing executive at Electron Motors. Electron Motors is about to unveil a revolutionary electric vehicle to the market, the “Howard.” Nathan thinks the name is horrible and immediately quits over it, getting into an argument with his boss and friend, Will Haney (Jon Hamm). Without even thinking about it, Nathan gives back his 10% share of the company to Will Haney. Soon after the vehicle is a wild success and Nathan’s share would have netted him a billion dollars. He becomes a national laughingstock for losing that money, known as the guy that foolishly gave it away for a stupid argument.

Fastforward ten years and Nathan is a working-class stiff, living on the fringes of Martha’s Vineyard as a caretaker. Frustrated by the attention from his costly mistake at Electron Motors, Nathan has changed his name to Rolly and lives in anonymity. No one in Martha’s Vineyard knows his real identity. Everything is going well for Rolly until Will Haney and his wife (Kate Hudson) decide to move to Martha’s Vineyard and renovate a huge mansion. Haney is living the life of a billionaire, having made all of his money from the success of Electron Motors.

Rolly goes up to Will and the wealthy man doesn’t recognize his old friend, having changed greatly in appearance over the years. It is a flimsy premise but one that is necessary for the story to work without a hitch. In typical comedic fashion, Rolly decides on a crazy plot with a few friends to make Will’s life miserable and blow up his new mansion. Danny McBride and Michael Keaton play Rolly’s friends and co-conspirators in this outlandish scheme.

There is a lot to like about Clear History if one loves Larry David’s style of comedy. The huge ensemble cast though has a hard time keeping up with the veteran comedian, aside from Michael Keaton and Bill Hader. Keaton is hilarious as Joe Stumpo, an alcoholic helping Rolly out with the explosion. Actors like Liev Schrieber and Kate Hudson are not really known for their comedic work and their timing is off in certain scenes. A running subplot focusing on the band Chicago and one of Rolly’s ex-girlfriends is tirelessly run into the ground.

If you loved Curb Your Enthusiasm, Clear History is definitely for you. Others should be more cautious about the comedy as some jokes fall flat and others are repeated ad nauseam. 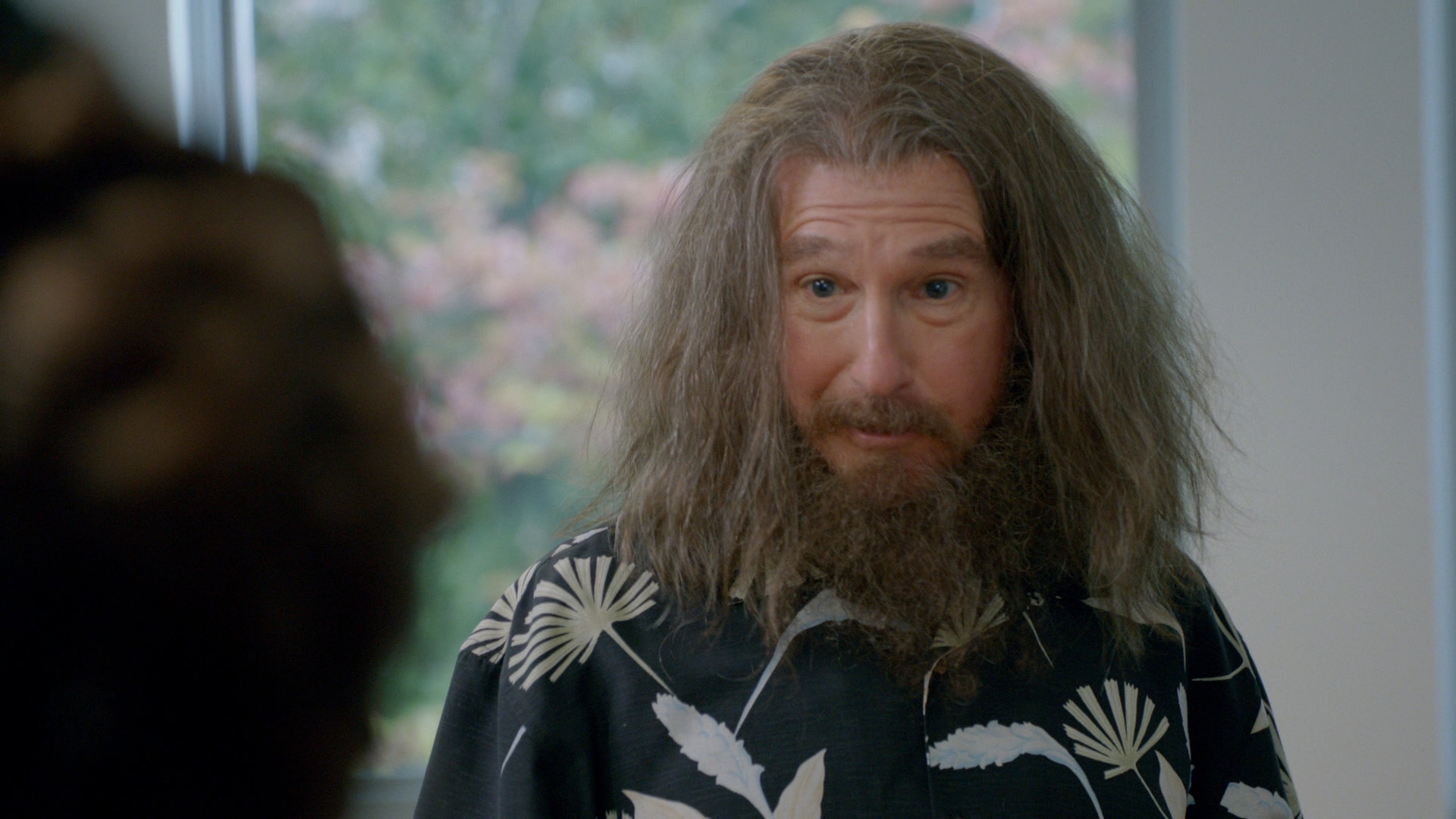 The comedy looks fairly good at times, particularly the well-lit outdoor scenes. It was shot on Arri Alexa cameras, giving Clear History a firmly digital video finish. The picture quality is slightly erratic for a new release and prone to minor crushing in darkened scenes. The 1080P video has a high degree of clarity but lacks the refinement and polish of better theatrical films.

Clear History clocks in at 100 minutes on a BD-25. The main feature has been encoded in AVC at an average video bitrate of 23.99 Mbps. The compression is thoroughly professional in handling the mostly clean image without artifacts or digital anomalies. It does appear some level of filtering has been applied to the entire transfer, which is not unusual in a comedy featuring older actors. Close-ups are sharp with unerring focus, but exhibit precious little, real detail beyond a run-of-the-mill BD.

The video itself is nearly pristine and substantial in  brightness. Colors are nicely saturated with proper-looking flesh-tones. A tiny bit of black crushing occasionally occurs but the effect is more readily described as poor shadow delineation. The digital cinematography has some nice seaside views of Martha’s Vineyard but is largely lifeless and dull, a common trait of most comedies.

Clear History has a surprisingly decent 5.1 DTS-HD MA soundtrack for a comedy, heavily featuring music from Chicago, the once-popular music act. Its separation and spread between channels is impressive, with some interesting directional cues and surround events. The movie is largely driven by crisp, intelligible dialogue in a dynamic mix with the Foley work. This type of film does not have much demo potential but its lossless mix nicely expands the soundstage beyond a strictly stereo presentation. It is a punchy mix that sprinkles music into the proceedings with ease.

A Spanish dub in 2.0 DTS at 768 kbps is the secondary audio option. Optional subtitles are English SDH, Spanish, and French. They display in a white font.

The only bonus HBO has included for Clear History is a code redeemable for both an iTunes digital copy and an UltraViolet digital copy of the film. A trailer and brief promo for HBO precede the main menu.