A teenager is mutilated, and the suspect – a grizzly, greasy religious convert with a penchant for perversion – will not confess. For Blood, that is cinematic fuel for expansively wide cinematography, and a story of mental desperation.

Blood plays for harshness, Joe in control until Chrissie breaks. Family, present and future, intertwines to further push the men into panicked anxiety, their actions affecting not only themselves as this crumbling cover-up surrounds their movements. Fidgety at their desks and paranoid by onlookers, Blood begins to push camera work in tight, while still appreciating its dazzling, rarely seen locales.

Blood’s conceptual side is pulled from a BBC mini-series, Conviction. Writer Bill Gallagher becomes tasked with taking his work from six-part series into a thin 90-minute frame, wherein Blood tends to fade.

The film is rushed to go nowhere, excited for its depiction of private agony which clamps and restricts first act happenings into a commotion. Characters are pushed into service before being prepped, leading to a rut of confusion and miserable establishment. Once it carries into a moment of clairvoyance, cutting fat to thicken focus on main protagonists, Blood finds its thematic voice.

Blood is dour and uncomfortable, where it should be to trail off into near madness. Despite viewer knowledge as to its inner workings, character focus becomes a strength, and with such a deep lineage of British actors – from multiple generations – Blood capitalizes on its cast. Without these performances, dramatic weight would cease to be captivating, and it is that gruesome truth coupled with throbbing grief which makes this UK import succeed despite developmental flubs. 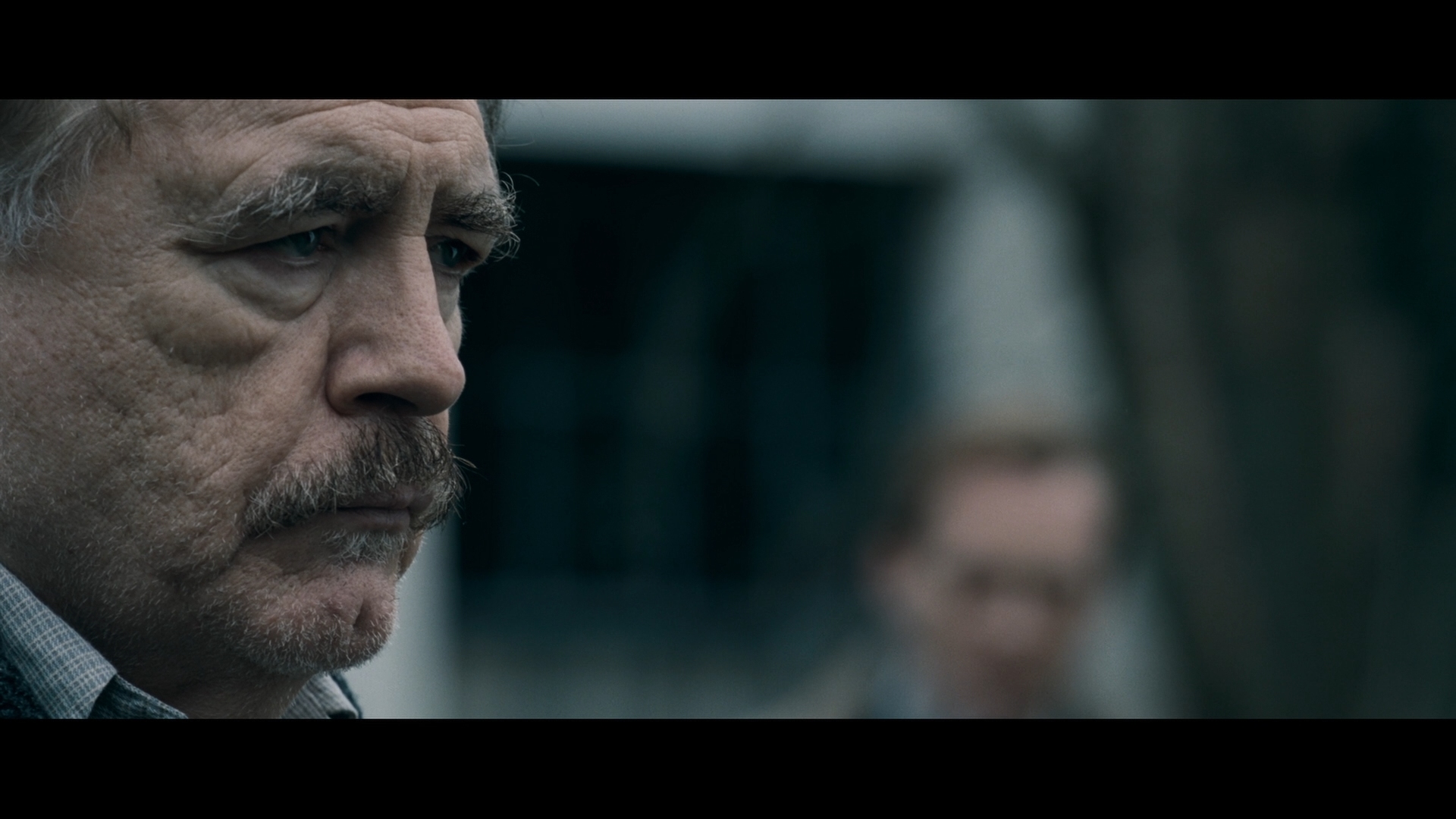 Blood is routinely and naturally sharp, if not always accomplished for said qualities. Captured on film and run through filters to rob natural fidelity, Blood is capsized by digital quirks in a rush to smother facial detail, and render grain imperceptible. Tinkering blasts the film with digital’s haze, smoothing out elements to render pasty skin, particularly in medium shots.

Digital leanings even persist into black levels, fluctuating from deep, pure black into murky blues. These are not scene dependent so much as they as are shot dependent, flipping quality between edits and distracting. Wide angles benefit from healthy contrast, tending to dim and lose oomph as it succumbs to blues inside. Pure white is abysmally rare via interiors.

RLJ/Image’s disc works through its troubles, and while compression is kept at bay despite low hanging bitrates, it would seem transfer work may have made encoding simpler. Grain is so limp as to offer zero impact on images and create a suspect visual environment worthy of questioning.

Much of this 5.1 DTS-HD mix will find itself empty, searching for something to process while the center takes on everything. Stereo splits are unfounded, and with no action to speak of, chooses to ignore ambiance potential. Offices are dry, exteriors are bland, and crowds are given no chance to expand their presence.

One scene of consequence, and only one, comes at 42 minutes as a kid taunts detectives with a megaphone. They enter a barren theater, and the teen’s amplified voice runs through the halls. Parties will at least acknowledge the LFE with music, although briefly before quieting down to better reproduce dialog.

A trailer would be something, and yet Blood cannot even produce one. Zero extras for zero stars.