Of more interest are MacArthur’s methods, using Feller as a jumping point for future political gain. With the US vengeful, MacArthur – and other government figures – seek out Japanese figureheads through accusations of war crimes. Jones’ pronounced, aging figure embodies a General with an unwashed ego, indifferent to the Asian occupation so long as his public prominence is raised.

Instead, Emperor chooses its approach via Fellers, often weary and stressed, if undoubtedly loyal. Still, he understands Japanese plight, and what they lost was more than physical. Emperor is sharply balanced if overly concerned with establishing reasons for Fellers own internal battle. Aya is emotional weight, a burden of limited consequence as Emperor bakes in devastated, fire bombed landscapes. Screenwriters Vera Blasi and David Klass cannot seem to find Fellers’ character without leashing him to controversial romance.

Emperor is slighted by additional complications, including Alex Heffes’ overly layered score which punctuates mundane events with stirring if aggressively melodramatic themes. Fox’s performance as Fellers is often muddled with saggy delivery, and side characters are equally thrust into fictional line reading.

Hiccups in the perception of realism aside, Emperor’s approach to World War II is wholly unexplored cinematically, lending it purpose and audience intrigue. A tight schedule boxes Fellers work into an impossible corner, smartly delivered to the screen as appropriate film material. Despite its lack of traditional wartime mainstays (given only a single action scene of conflict), Emperor is tactile in its adaptation when applied without fictional events. As interesting as Fellers education is on cultural differences, reality is of actual consequence. 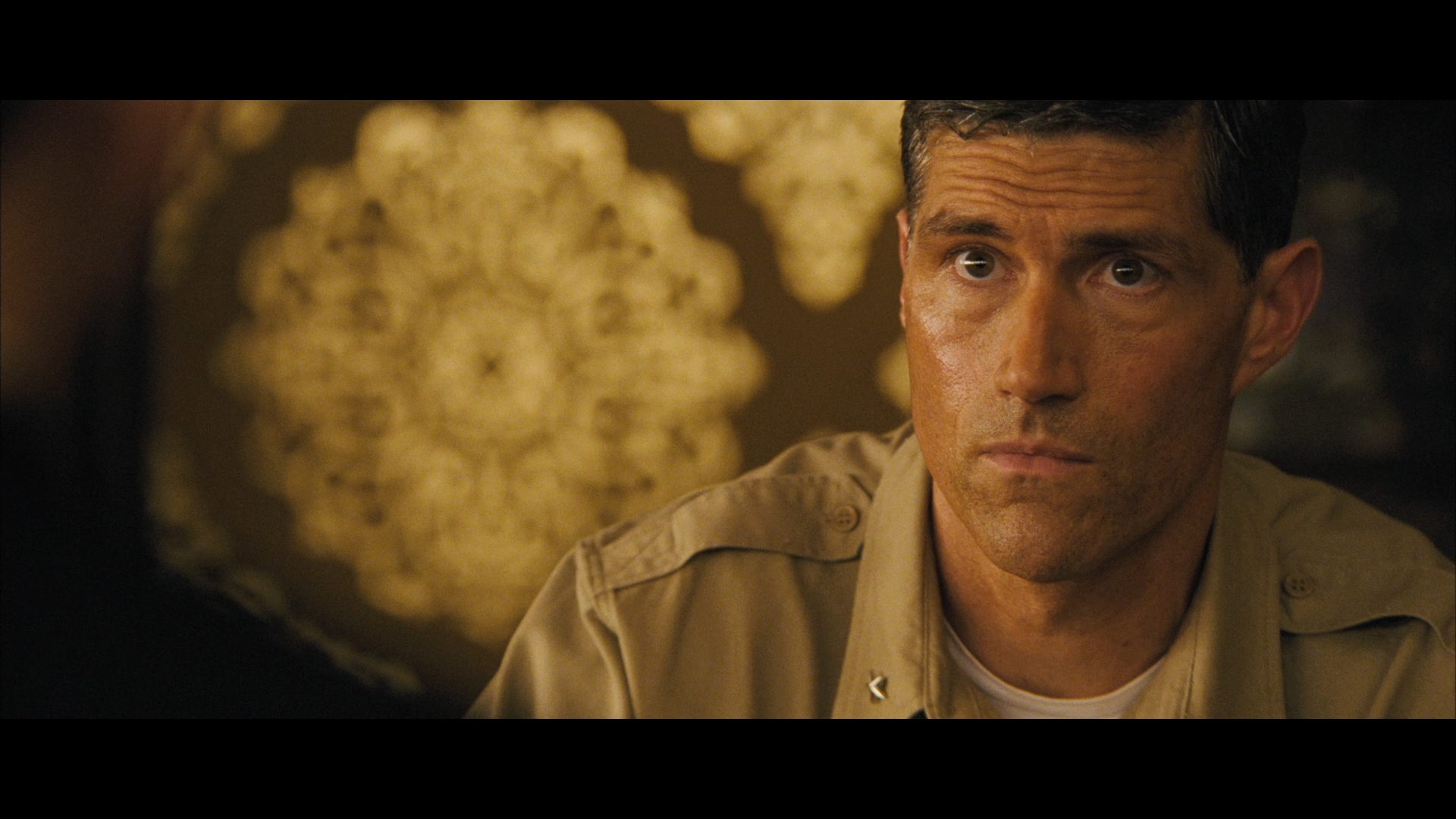 Film captured, Emperor carries a stout visual presence, even if its color patterns are rendered modern by technique. Oranges and blues slip into a slight charcoal sepia tint, yet never lose their modernization from digitally graded post production.

Visual effects are few and offer no barriers to visual spark, and if anything, only increase quality. Landscapes are often fitted with crafted debris into the horizon line, or pre-war locales providing discernible definition (down to roofing tiles) into the furthest reaches of a 2.35:1 frame. Fidelity is marvelous when appreciated by the cinematography, although softer focus is employed with some regularity. Of course, it is of no fault regarding the disc itself.

Black levels and contrast shine, even if both sides can miss their peak marks. Slight losses of depth can be expected during nighttime sequences, although minimal enough as to not bother most. Sun lit exteriors often push too far for density and wash over finer details, but create a striking look nonetheless. One final note, Emperor begins with weakly filtered wartime footage, including the Hiroshima bombing. Applied grain reduction is not handled smoothly, but only lasts for a few minutes.

A willing participant when allowed room, Emperor jazzes up its soundfield with flash bulbs during an airport arrival for MacArthur, expands ambiance during a train ride, and pumps a singular, short-lived sequence of war with awesome positioning.

Outside of those elements, Emperor will rely on its stereos to pan vehicles, or stretch its score to bleed into each channel. Office areas are dulled and centered, with conversation sticking tightly to one channel. Spread and spacing is minimal.

Despite some flatness, this DTS-HD performance can catapult itself into a range of success. LFE triggers are powerfully implemented, and used for thematic purpose during an overhead bombing run late. A few explosions during a short conflict, also into the third act, complement materials well.

Director Peter Webber is joined by producer Yoko Narahashi in a commentary worth listening to, both for entertainment and historical insight. Revenge of Justice is a skippable making of, focused on the production with usual praise for all involved. Five deleted scenes and two photo galleries (one from the set, a second from historical albums) rush to finish this Lionsgate release.