Despite fittings of lively, leafy greens and narrative structure detailing miniature forest protectors, Blue Sky’s Epic chooses to disengage from familiar – even tired – global warming messaging for spirited “appreciate what you have” themes.

Mary Katherine (Amanda Seyfried) is reinserted into her quirky, pixie-chasing father’s life after divorce and death of her mother. Tense circumstances ensue as Professor Bomba (Jason Sudekis) shrugs off his grieving daughters emotional needs to search out a living forest, or rather “more” living than usual.

Moonhaven is splendor under assault from Boggans during a particularly precious ceremony to decide the forest’s fate. Enter stranded Mary Katherine (under an abbreviated M.K. nickname) swept up in this moonlit warfare, shrunk to Leafman size, and forced into combat. Cue messages of paternal bonding and to believe kooky family members who assure you meter tall aliens are among us.

Epic runs with action scenes, making it impossible to question its briskness even if mountains of chase scenes run dry in purpose. M.K.’s quick plop into miniaturization is brushed aside via compositions meant for 3D and burly insects passing across frames, corralling Epic’s plot developments into a compact framework.

Much of Epic sits on princess building and splashes of color, marketable darlings for kids. With clumsy, still learning M.K. becoming a member of Moonhaven society, Leafman Nod (Josh Hutcherson) becomes her rebellious teenage instructor and romantic interest. The two bond from their loss of paternal kin, and prove equally dissatisfied with current caretakers.

Despite slimmest character definition, Epic will prove its worth in shouting matches. Wrathwood ruler Mandrake snivels and growls at Street Shark look-a-like henchman, as leaf cloaked Ronin (Colin Farrell) presses a defensive charge. Whereas heroic Ronin takes on a personal call with snippets of vengeance underlining his wartime purpose, Mandrake… hates green. Why wouldn’t he? He seems drawn to dimness and death through species evolution. Mandrake hates beauty simply to hate, or because internal wiring predisposes him to hacking at flowers. For an antagonist, Mandrake is thinly constructed and broadly drawn to ensure audience spite.

Epic was composed from five credited screenplay writers, whipping up anemic one-line gags more akin to modern animation tropes than William Joyce’s source material, “The Leaf Men and The Brave Good Bugs.” Epic is impossibly colorful when it wants to be, able to slate itself into a comfortable mold without diverging from accepted norms. That allows it to pass by, if destined for fading memories due to passe scripting. 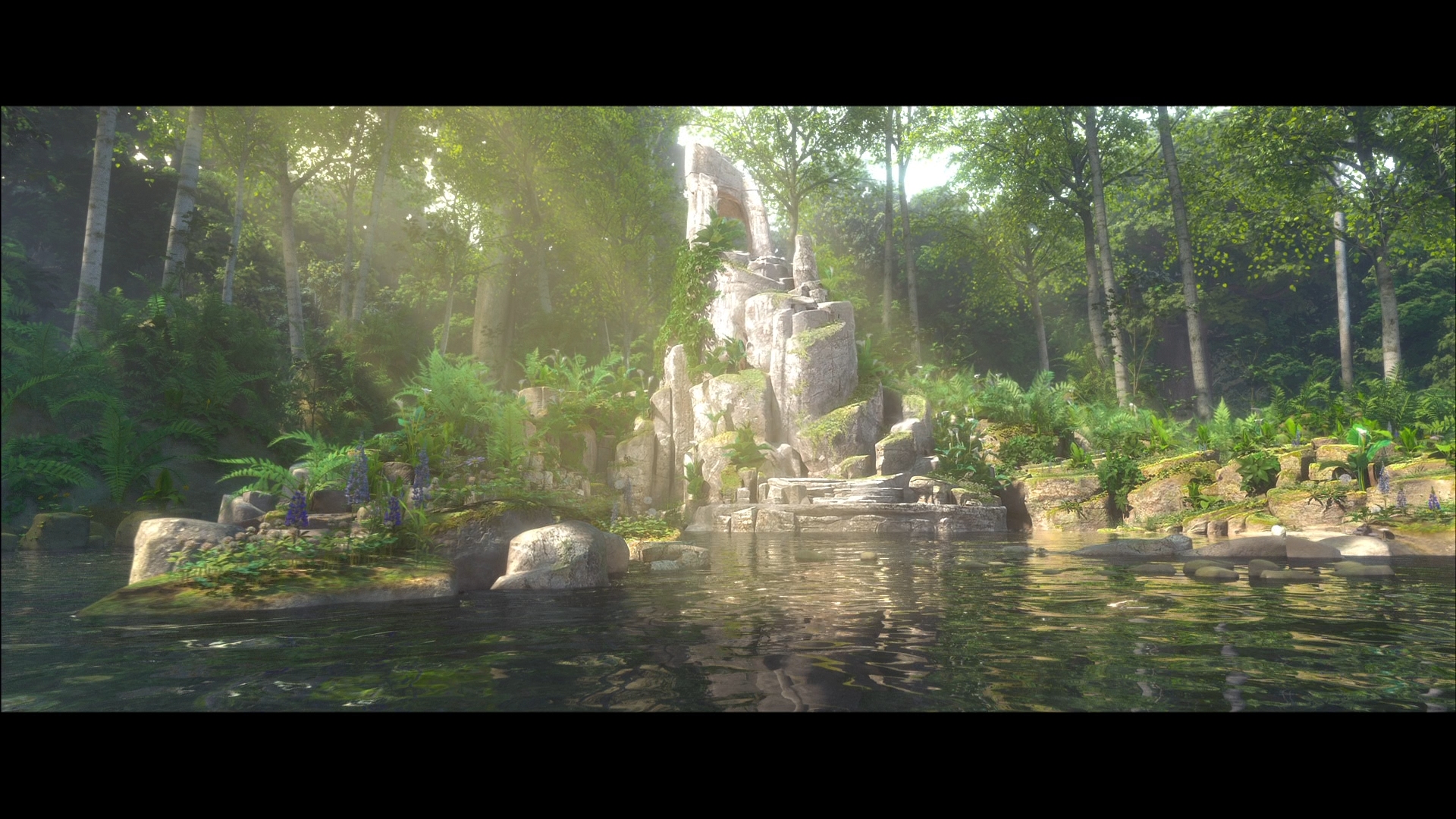 Fox’s AVC encode is imperceptible in its application, unsurprising although no less technically impressive even as we wander into Blu-ray’s seventh year. Epic becomes crowded with objects, particularly during its climactic battle as bats swirl to block out sunlight. Thousands of them work across the screen without a singular, noticeable artifact. Animation increases in impressiveness under conditions like this.

If anything can chip away at Epic’s predictable video bliss, it works down into black levels. Wrathwood’s persistently dim nature loses punch without assistance from contrasting sources, and blacks feel petrified to dig in. But, those grays also lend evil credence while sopping any pleasantries from this 2.35:1 frame. It is a logical use of dimmer depth.

Composed broadly for 3D, this strikingly gorgeous, deep presentation utilizes all aspects of its forested world to continue propelling depth into the frame. Tall grass and weeds sit sternly in the forefront, allowing background trees to siphon focus and enhance intensity. Objects poke at the screen in close, peering out from from the front to create a sharp illusory effect of breaking 2.35:1 barriers.

Also in consideration are wondrous action scenes, peppy in their energy, and carefully composed to accentuate 3D pop out. Flying hummingbirds cascade into front and back with extensive speed, yet without losing their in-flight clarity. Falling scenes are spectacular, and the setting, again, is conducive to 3D’s best & brightest efforts.

Epic’s motion driven DTS-HD 7.1 mix works through available channels with frequency, working tirelessly during an opening chase/action sequence. Puffy positioning is on track to capture any movement with slight exaggeration, creating a world that breaks from a shrunken demeanor. Suitably, the title attaches itself to audio mixing design.

Epic is unafraid to wander into LFE, pursuing a strong push for bass which grows as narrative strife builds. Collisions and humans – appearing enormous in scale – provide the subwoofer with abnormally high thumps for children’s fare. Some collapsing trees feel monumental.

Little is offered for complaints short of generalized low volume. For reasons unclear, Epic required a substantial volume bump to reach normalized listening levels. Once there, a bustling audio scene opens and splurges on whipping sound through a spacious field. Quieter moments even produce ambiance from surrounding life, solidifying success .

Mysteries of Moonhaven Revealed is the sole technical bonus, 25 minutes spread across seven parts as director Chris Wedge, producers, and animators dissect various elements of this world. Four other featurettes, around four minutes each, peer into the realities of Epic. Camouflaged bugs, bacterial rotting, slugs, and small time physics are delivered with perky narration. Short, and sharp enough for classroom use provided additional information is present. Fox dumps in some trailers too.