Selfishly oblivious parents surround the powerful perspective of six-year old Maisie (Onata Aprile), trapped with limited ability to process a mammoth custody battle. In and out of courts, left at school after hours, and drifting between homes, Maisie is an inconvenient object, or at worst, a human pawn.

Smartly composed and edited into fragmented shards of information, What Maisie Knew is emotionally grueling, displayed within an open, airy framework. Scoring touches gently on emotive rhythms, sparsely composed to keep a brightness in place from Maisie’s coping viewpoint.

Maisie’s mother Susanna (Julianne Moore) is afflicted with emotional paranoia, impetuous in her cold responses. Her work addicted father is Beale, a desperate art dealer who chooses cautious wording is a subtle means of parental indifference in how their daughter is raised. Explosive arguments create sleepless nights as calculated shadows peer into a tossing Maisie seeking a quiet escape.

Jockeyed between homes, hands, and caregivers, Maisie is labeled a problem by those who care for her, dumped at locations without so much as a hand-off during Maisie’s extremes. Aprile’s ridiculously effectual performance portrays a child wandering aimlessly, physically and mentally, with natural acceptance until she breaks. Likewise, Moore is sterling as a successfully traveling musician and minimal self-restraint.

While endured through the eyes of childhood, Maisie is vicious with its depiction of contentious adults, and never seeks commentary or reasoning. Maisie’s world just is. Events progress in suitably staggered fashion, unexpected lapses in care or narrow mindsets complicating a scenario in disconcerting upheaval. Maisie ends on what audiences should suspect is clean, freeing positivity, and not without giving its central character a meaningful voice where she otherwise had none. 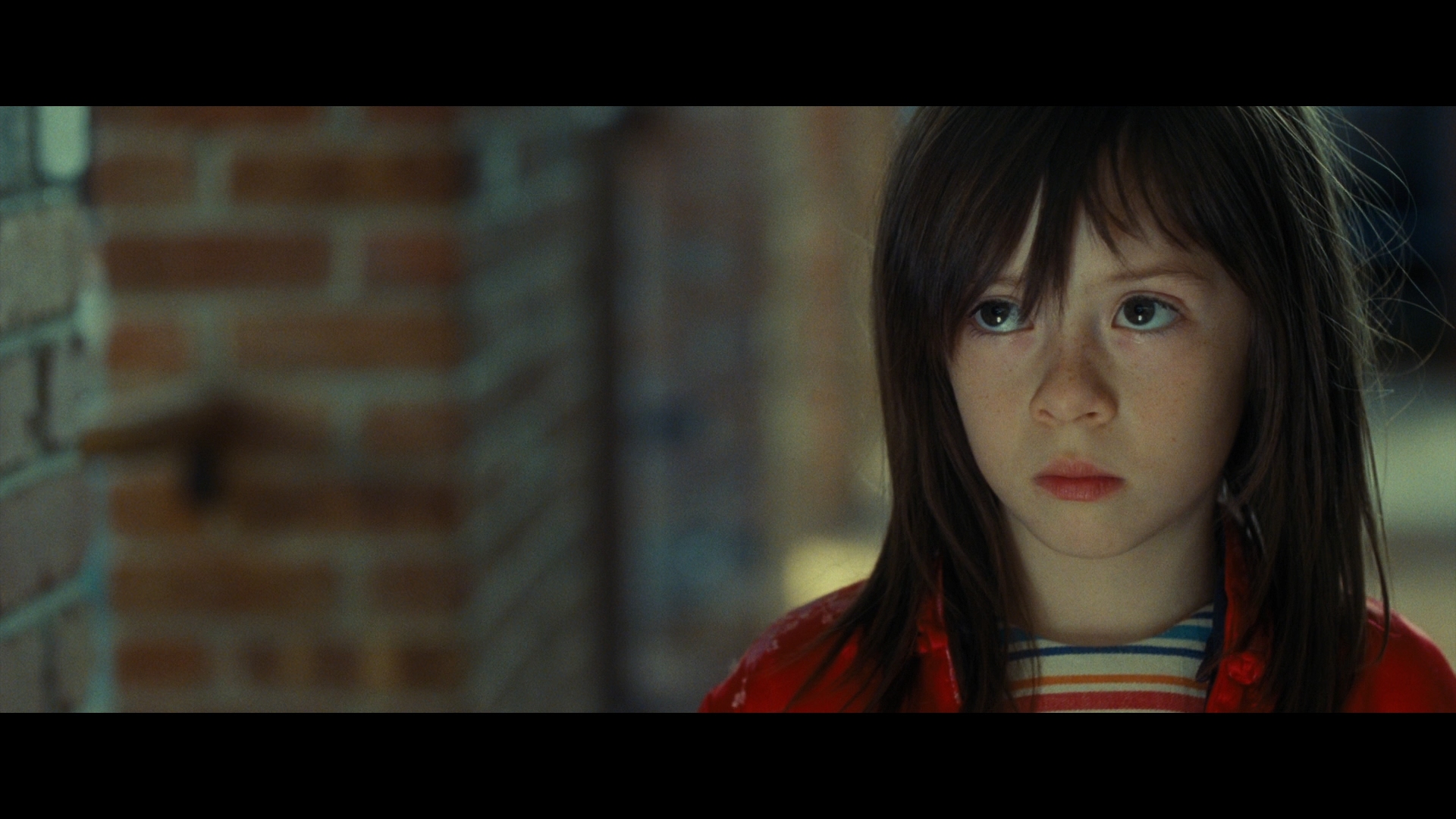 In the hands of Millennium’s AVC encode, grain is sharply resolved with limited patches of notable spikes. Maisie is on target for consistency, and that continues into a handful of faults. Of questionable origin are surprisingly high moments of source print damage, from scratches to briefly appearing specks. While nominal, their appearance on a film barely cracking six months old is disappointing.

Off-screen arguments will seep into stereos, although an echo will keep them broadened across the soundfield, while subsequently dimming directionality. Maisie’s world is designed flatly in terms of audio, punctuated with few elements of note. Inconsequential or not, audio mixing is competent.

Commentary is delivered by co-directors Scott McGehee and David Siegel, a lonely member of the extras menu which only contains four deleted scenes, plus some trailers.