They call it PG-era, a reference to family friendly programming WWE now struts across television screens, as if that wipes out prior storylines of HHH molesting a corpse. The reality is that WWE goes where it is most beneficial, and when the owner’s family tries to merge politics and business, a clean slate is necessitated.

Sprawled across the cover of TV Guide, battling Congress, and bathing in publicity, “attitude” made sense. Now, the advent of widespread Internet and controversy prone to sprout across social media, WWE delivers messages of charity through Make-a-Wish, American armed forces, and anti-bullying campaigns. Those are wonderful causes, but also artificial. This is not so much the PG-era so much as it is the Hashtag era. Having #wwe routinely associated with charitable work as opposed to steroids and flipping off the boss makes WWE inviting.

In all of this, the Hashtag has become a dominating force. This Blu-ray, much like the live broadcast, is forever endorsed with a box in the upper left, begging for someone to Tweet. It is annoying as the blurred “WWF” logos were on catalog DVDs. Why is a seemingly inconsequential box so alarming? Its purpose is to pull your attention away, either to check what is trending, or glance down at your phone. That way, you remain unfocused on what the in-ring product has become, all the while doing publicity and advertising work for the company.

Consummate professionals remain so. Therein lies the results of matches like Undertaker vs. CM Punk, calculated and carefully structured to amass audience build-up, then blowing it out when the finish is exhilarating. Even HHH and Brock Lesnar, the latter more of an attraction post-UFC than wrestler, pushed themselves into a brutal, hardened street fight… sans blood. Artificially utilized MPAA monikers would not approve.

In the main event, John Cena and The Rock collided in a signature move-fest, although injury would play a role. Criticizing the not so, “once in a lifetime” match is rather pointless, although sight of these two clashing feels wholly wasteful. Cena was built to be a superstar as opposed to deserving others who languish in the mid-card, and Rock’s stardom is enough that he can join pro wrestling festivities as he sees fit. They make for great hashtag battles too.

Wrestlemania 29’s card is then relegated to a mash-up of bouts that only prove serviceable due to the dwindling quality seen on live TV. This is the internet era too, where spite, bickering, and snark weigh over everything, yet for once, it feels deserved. Goofy fun of Chris Jericho and Fandango are awash with showmanship, and a rumble of big men in Ryback versus Mark Henry fizzles before it has a chance to find itself in motion. The less said for the tag team scenario the better.

Adding to insult, one of the Championship belts was shoved onto the pre-show, Miz battling Wade Barrett for the Intercontinental title. What replaced an actual match on the card? A booed performance by Sean P. Diddy Combs, and three promos for the Rock/Cena match. But, P. Diddy makes for a hell of a hashtag over, #iamnotenjoyingthis. 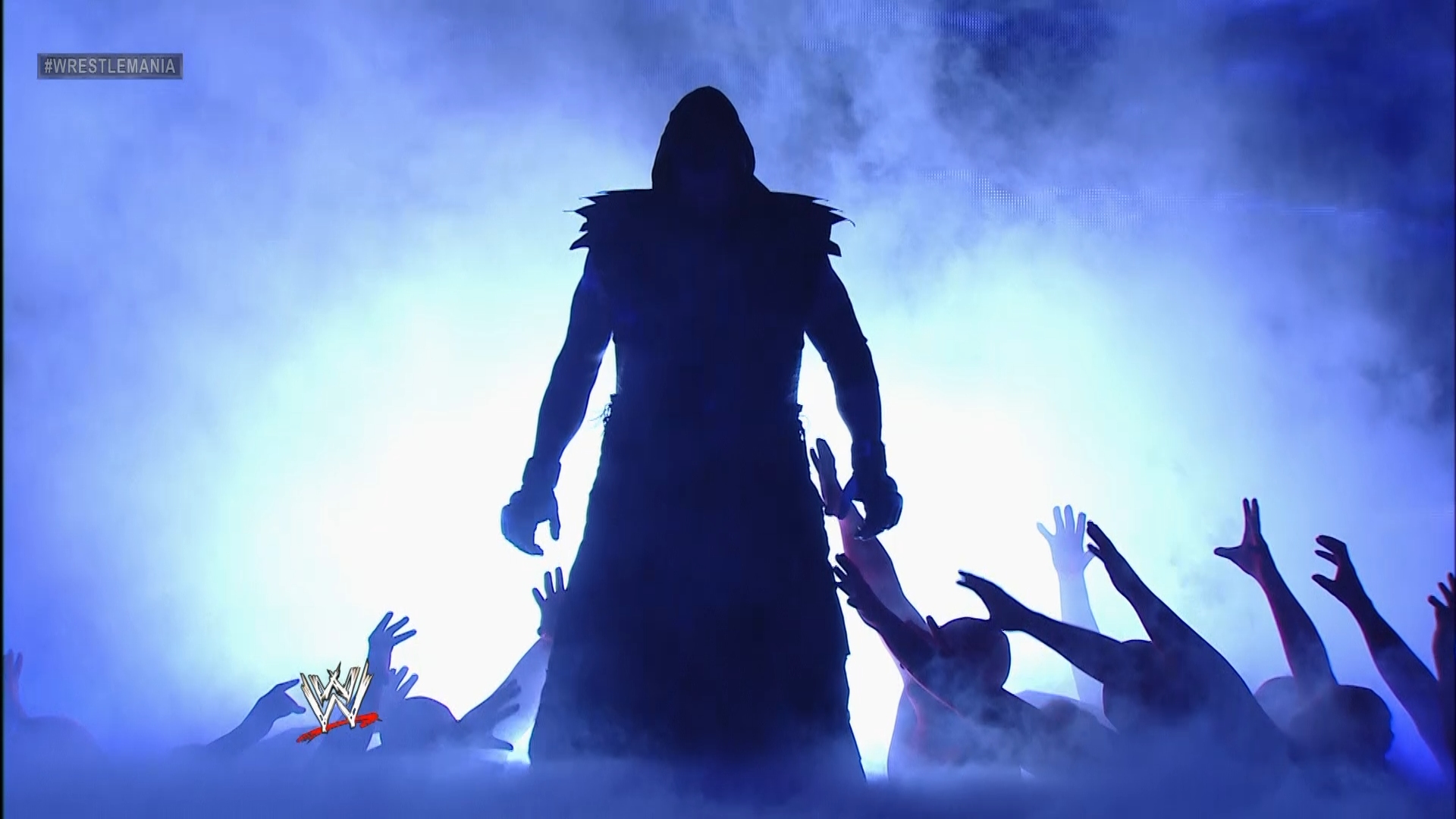 WWE smashes over four hours of 1080i HD content onto a single disc, which for a typical monthly PPV may suffice; for the “grandest stage of them all,” it is insulting. This much material demands to be spread to a second disc, yet here, disc two is packed with the equally lengthy Hall of Fame induction.

The end result is redundant, a show of cable TV-level compression and marginalized definition as the screen is swamped with blocks of digital remnants. AVC works overtime as the chosen codec, but it is choked by scrunched bitrates narrowly avoiding single digits. Stock camera angles from the side of the ring show a crowd of pixels, not defined fans, and action smears a streak of ugly after effects.

Fidelity is evident in close, during those rest holds when the camera crew is able to zoom on the performers. Facial detail is on the mark with any Monday Night Raw broadcast, certainly colorful with dazzling contrast exhibited from the ring lights. Black levels too are substantial, adding eerie darkness to Undertaker’s entrance. Those positives are startlingly few.

Such minimal space means scrunching down audio codecs to Dolby Digital, the live broadcast a hair above stereo in its spacing. Entrance music will sweep and echo through the outdoor venue, nicely highlighting that, yes, the surround channels are active. Live performances are equally vibrant, if obviously compressed.

In-match, the crowd is sedate, a limp split into the stereos and lackadaisical surround usage. Their peaks add no energy to the proceedings, and mixing is dry as to cluster activity into the center. Balance is a positive, commentary clean and working through even the plethora of fireworks. WWE pumps out so many DVDs and Blu-rays, they begin to feel rushed. It is a shame they can’t deliver attention towards their premiere event.

Wrestlemania 29’s first disc plays host to the Wade Barrett/Miz Intercontinental Championship match, along with a post-show that runs 22-minutes. The second disc is the enjoyable Hall of Fame Induction Ceremony, running over three and a half hours, and then three clips from pre-Wrestlemania Raw episodes.