Jack Reacher doesn’t have a home or an identity. He shows up when he feels he is needed, sort of like a physical ghost who can leave the scene when the job is done. A military man with clearly extensive training, Reacher is sharply minded, agile, and ridiculously acute as a detective.

Reacher (Tom Cruise) pops up in Pittsburgh, seeing a need to dissect a crime scene that seems too perfect after he is called on by a accused sniper. Said suspect opened fire on five civilians near PNC Park, killing each with dramatic accuracy. Left in a coma, the sloppy suspect leaves behind damning evidence and is unable to speak as the media smashes his character, and victim’s families want revenge.

The set up is dense, if expository with regards to Reacher, an unnerving showcase of real world violence that should not feel relevant to our society. Its connection makes the events pushing this film adaption into motion with the audience tightened on the grip of plausibility.

Sitting in alongside Tom Cruise is Rosamund Pike, undervalued as the defense attorney representing the shooter. She takes the case out of spite for her father, District Attorney Rodin (Richard Jenkins). Part arrogance and part anger, her methods seem hopeless; the sniper is undoubtedly guilty. Tinkering reveals the possibility that her client could have been set up.

Jack Reacher is often a hair cartoonish, the lead character impossibly skilled. His means of dissecting evidence, memorization, and ludicrously perfect retorts snap the backbone of believability, while adding a hint of the Hollywood charm. Likeable as he is, Reacher is a determined killer, fights staged without music, settling in on their crunching sound effects and swift punches. Reacher reels in the audience for its realism while winking at the screen afterward.

Cinematography uses its Pittsburgh locations for all their worth, backdrops lurid and imposing while setting up a rarely seen locale on film. It feels out of the norm, a breeding ground for Reacher’s methodology and need to stay afloat across the world. A rock quarry finale is imposing – and still Pittsburgh – lifeless while leaving the lead in the scope of danger.

Jack Reacher is undoubtedly critical for Paramount, the franchise potential immense, and for the screen, this was the right starting point. Cruise is infinitely marketable and in his wheelhouse as the violent detective in the background of these media-enthralled cases. Reacher runs with a crisp pacing at the expense of some logical dialogue, while managing an up and down tonal shift that feels more natural than it should. 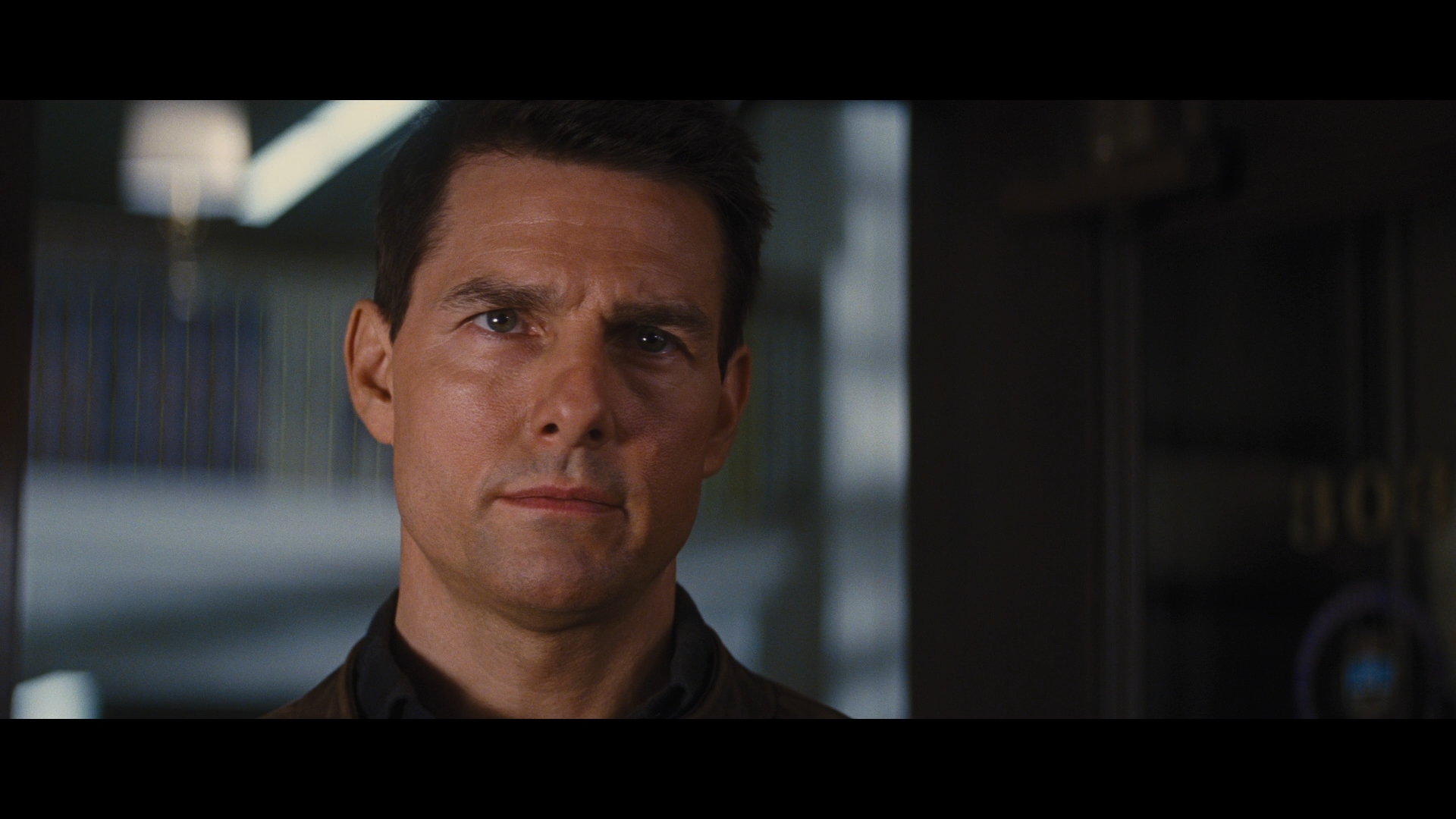 Paramount issues a glistening AVC encode for Jack Reacher, a true stunner as it dumps shots of the city skyline behind the opening credits. The level of sharpness and resolution is extraordinary, even above the usual expectations for a new release. Grain is resolved to a point as to be unseen almost entirely.

Lens work stays close, and affords the disc an opportunity to haul in facial detail at substantial levels. Close-ups of Cruise are meticulous, and combined with the lighting that creates depth, Reacher is consistently a deep, rich visual performer. Texture that is embedded on this disc is at the peak of this format, and brought forward with astoundingly rich black levels.

Source photography, on the other hand, is not always so kind. Shots of the villain played by Werner Herzog are heavily smothered in digital smoothing, and often, medium shots are victims of tinkering in post. A haze of noise will creep in on occasion too, only accentuating the decision to smooth out perceived flaws.

Color timing is heavy during the day, bathed in warm tones that lift primaries into success. Boosting contrast is also part of the equation. On the other side, Pittsburgh at night follows Hollywood, the warm glow of interior lighting fighting against the cold blues of the exteriors. Flesh tones are relatively unaffected, although do shift to match the environment. A bit of their natural appeal can be lost given the circumstances.

Composer Joe Kraemer created some wonderful themes for the film, and typically they go unnoticed. Sound design is built on the effects themselves, from eerie, wide echoes of sniper fire in the opening to the brutal punches of a street fight. It is a smart move, letting the audio carve its own story and sell the action.

Elements are spacious, action placed wide in terms of the story so each sequence can live as its own. Cars track effortlessly through this DTS-HD 7.1 mix during a heightened chase, the engine of a muscle car blasting the LFE with energy. Into a tunnel, the rears pick up on the echo, selling the idea of the space while pushing other cars through into positional channels.

For the finale, the open rock quarry sells gunshots with a superior, natural pop that travels through the open air. Rain trickles in, eventually a downpour that further enhances the sense of place, doubly so for the interior of a trailer holding a hostage. Jack Reacher is never one for extensive explosions, but does a fantastic job of selling itself without wrap-around music, believing the detail of the audio is enough. That was the right call.

Two commentaries are included, the first with Tom Cruise and director Christopher McQuarrie. Composer Joe Kraemer is alone on the second. When the Man Comes Again is the first featurette, an often promotional if well-produced half hour look at the film adaptation. Combat and Weapons details the raw style of fighting and gun choices, with author Lee Child taking the reigns for the 11-minute The Reacher Phenomenon.