Beverly Hills music producer Raymond Saxx (Goran Visnjic) wakes up in a drug-induced haze inside a jail, with little memory of how he got there or why he has been incarcerated. A mistake in his processing occurs and he is thrown into Los Angeles County’s K-11 unit for gay and transgendered inmates. K-11 attempts to be a gritty prison drama but there are too many problems with this movie for it to be anything but a failure. Its most noteworthy feature is that it marks the directorial debut for Twilight star Kristen Stewart’s mother, Jules Stewart. Kristen Stewart has no connection to this film other than her mother made it.

K-11 is an indie film that was made with a smattering of Hollywood talent, most notably with some of the recognizable cast like D.B. Sweeney. He plays a thoroughly loathsome prison guard named Lieutenant Johnson skimming drugs from the prisoners. It is a workmanlike performance as he becomes the central antagonist in the story, as his corrupt ways dominate the lives of the prisoners. Raymond Saxx seems like a normal guy at first as he tries to cope with the nightmare of a situation he has been thrust in, though the movie avoids revealing much of his backstory until the very end and even then it is told in an incomplete and rushed style.  The movie utterly fails to portray him in a consistent manner and his personality almost entirely depends on the needs of the hackneyed script.

Raymond Saxx is surrounded by a menagerie of wild characters in K-11, from a child molester (Tiny Lister) to the person that runs the cell block from the inside, a transsexual diva named Mousey. Mousey is played by popular Mexican actress Kate Del Castillo, in the method of a female actress playing a man who is trying to be a woman. Got that? Mousey’s boyfriend is Ben, capably handled by Jason Mewes of Jay and Silent Bob fame. As Mewes himself has documented in his private life, it is not much of a stretch for Mewes to play a drug addict.

The first act drags along as Saxx gets involved in the petty fights amongst the inmates, never straying too far from the standard caricatures we have all seen in prison films. Violent rapes and drug abuse are frequent subject matters, not to mention the social hierarchy within a jail system. A little clarity is finally revealed on how Saxx arrived in jail, though the movie never really explains why he seemingly lost his memory for so long. Saxx’s story is a major hole in the plot, as K-11 gives him a flimsy and incomplete background that undercuts what has been happening to him in jail.

No one sets out to make a bad movie, but was a gritty prison drama about this group of characters really necessary? Aside from substituting transsexuals and other people of various persuasions in a typical hard-edged prison story, K-11 does not bring much of anything to the table. The mystery of Raymond Saxx’s background is handled clumsily and his story ends up being an afterthought to the inmates’ stories. The extreme subject matter inside the jail will not be handled well by most audiences, K-11 is extremely explicit in its depiction of sexuality and rape. 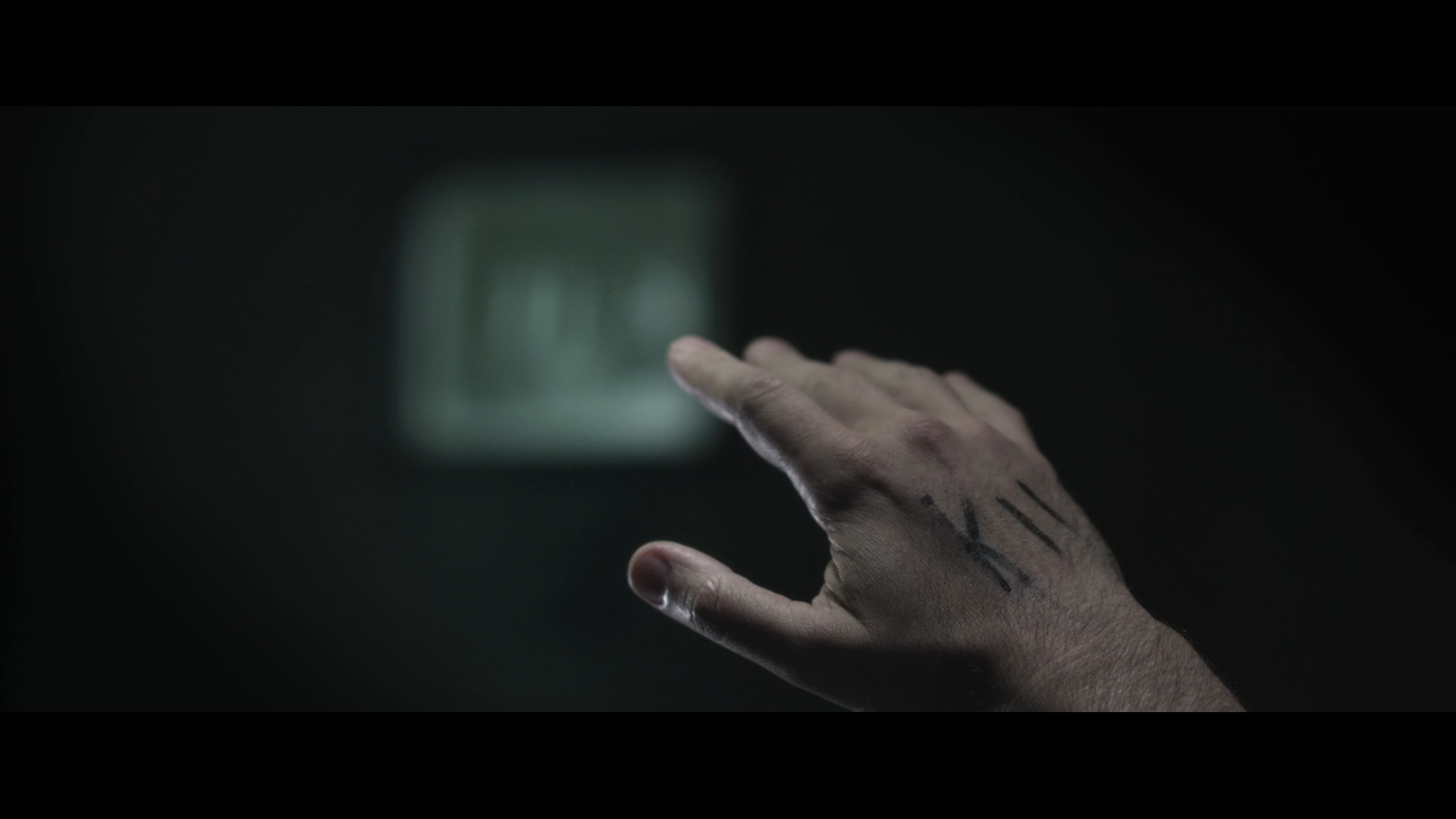 K-11’s grim setting is reflected by the flat and drab cinematography. Breaking Glass Pictures has released the 88-minute movie on a BD-25, encoded in AVC at an average video bitrate of 19.84 Mbps. The main feature is presented at 1080P, framed in a scope aspect ratio of 2:35:1. Inconsistent photography and a dingy color palette make K-11 a Blu-ray with average picture quality at best. Above-average resolution and a consistent level of clarity save it from earning a lower video score.

For a film shot with decent lighting, the video encode has a number of compression problems with banding in the first act. The banding is bad enough that untrained viewers will likely notice it, though thankfully the problem seems to disappear after the opening minutes. It is a video encode that averages under 20 Mbps, which can be a problem on films shot on cheaper stocks or with poor digital tools. The movie did have a digital intermediate made for it, so that likely acted as the source master for this disc.

Other than the mild banding in the beginning, the picture quality is fairly decent if unremarkable. Close-ups exhibit a high degree of fine detail and sharpness. Longer shots tend to be much flatter and lack depth. Focus and contrast are decent, though white levels seem a tad dull and washed out. In general, the picture’s clarity is pleasing without the eye-catching features of better-shot films. The flesh-tones tend to have a bit too much of yellow in them, though the film’s overall color palette has a greenish push.

K-11 is set almost entirely inside the confines of a rowdy jail environment. The 5.1 DTS-HD MA soundtrack does a solid job at replicating that setting, from the realistic sense of ambient noise through all five primary speakers. The dialogue-driven movie eschews the use of a traditional musical score, relying on single notes and environmental sounds to fill in the sonic background. The dialogue is cleanly recorded and always intelligible, but do not expect a lively surround presentation aside from a few notable exceptions, such as the fashion show the inmates hold at one point. There are no technical problems with the lossless soundtrack and its fidelity is on par with most other low-budget efforts these days on home video.

A lossy Stereo 2.0 Dolby Digital soundtrack at 448 kbps has been provided as a secondary option, but it is vastly inferior to the lossless DTS-HD MA mix. Optional English SDH subtitles are provided in a white font which lay partially outside the 2.35:1 framing of the film.

Breaking Glass Pictures has certainly given K-11 more special features than it probably deserves, though none of them really account for much in the end.

Audio Commentary with Director Jules Stewart and Producer Tom Wright – A rather poor commentary filled with a number of long pauses. You will pick up some tidbits about the production, but Stewart has little of substance to say about her own movie. A few compliments do not make a commentary.