Fresh is a film of perspectives. Late into the story, 14-year old Fresh (Sean Nelson) witnesses a murder as rival drug lords square off in a carryout. Most is hidden from view, either blocked by the aisle ways of the business or upstairs window blinds. We can only see what Fresh does, and even that is difficult.

It is hard to recollect another non-traditional film about the effects of violence and drugs as they swirl around kids in the projects. Fresh is atypical, relentlessly smart with incredible skills of deduction gifted from his homeless, chess-playing father. Unfortunately, he is locked into the world of illicit drugs, a runner who calls upon street smarts and subtle mind games to avoid danger. As the film begins, he is merely trying to survive.

Brooklyn is downplayed, spattered with graffiti, but always a background element. Fresh stays localized to keep the viewer locked on a mesmerizing, often quiet performance from Nelson. He never focuses on his situation, only his goals. While his friends soak up the harshness of their surroundings and take part in the seedy underbelly, Fresh is content to blend in until his opportunity to escape. He will never use or let his emotions take over.

Much of the film feels indirect, lacking purpose or narrative structure. In every way, Fresh is lost as well, seeking something he can only have through perseverance, that being a better life for himself and his abused, addicted sister. Until the third act, most of the piece can feel erratic. As it turns out, Fresh was plotting the entire time, indirectly helped by his father, Sam (Samuel L. Jackson). Chess becomes a life lesson during their forbidden meetings in a park, challenges carrying more weight than Sam seems to understand.

Never giving into the temptation to use what would be now dated hip hop, Fresh is only a ’90s film for its clothing style. It has given this Boaz Yakin-directed feature a timeless quality, although in some respects, that is unnervingly depressing. So little has changed, and most kids like Fresh will be unable to escape. That revolving door of violence is unchecked.

A peering lens into somber aspects of society, Fresh stands as a rich character study. Michael only speaks when he needs to, and processes information that sours him only when friends take it too far. He speaks few words despite being surrounded by aggressors, and takes risks when he is assured of the outcome. His home life is strained, separated parents and 11 children creating constant stress, so he avoids it. Maybe he never feels like he is heard over his brothers & sisters. In the end, he lets his voice out through others, and the results are dramatic. 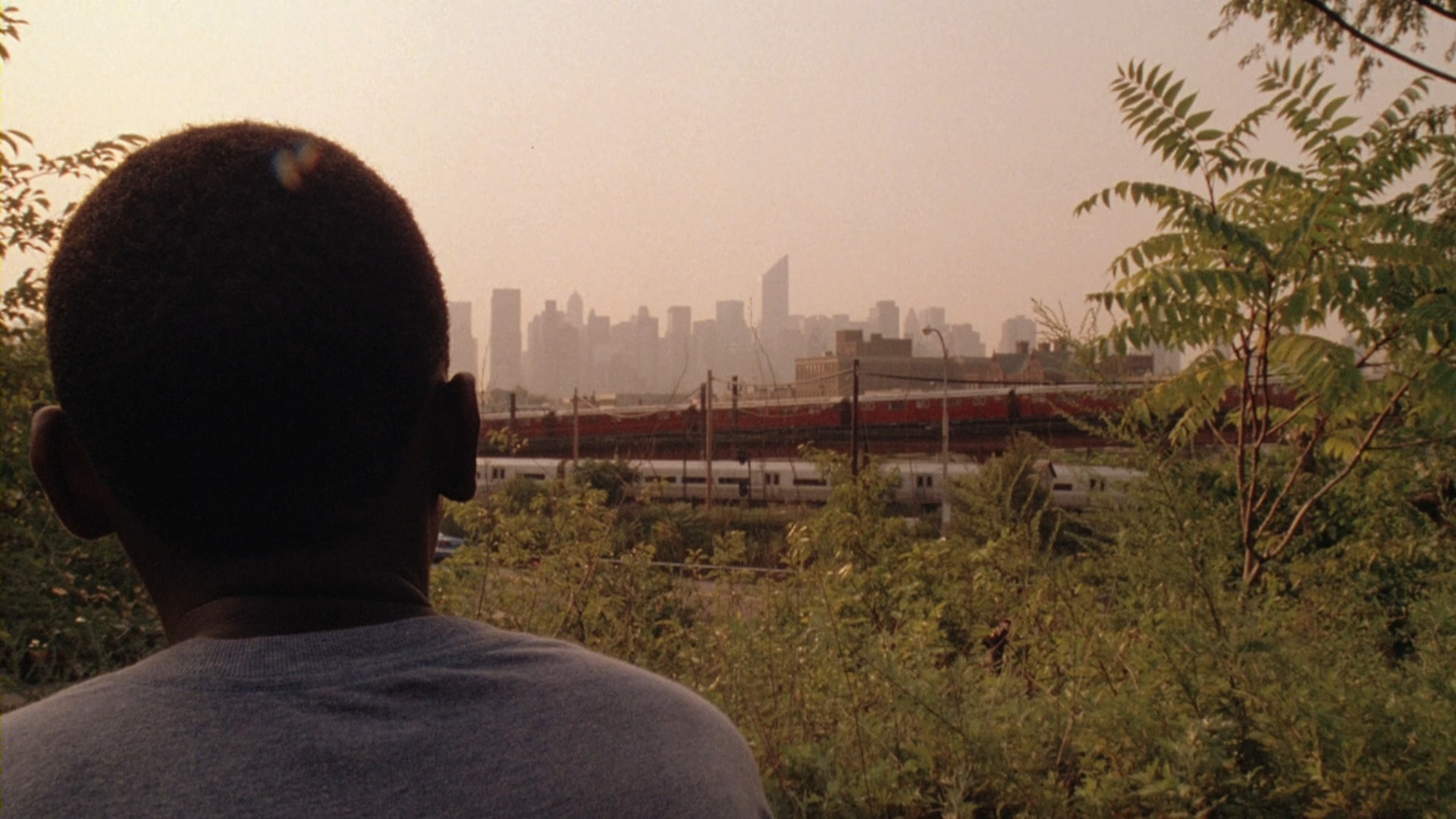 Echo Bridge presents a clean master and relatively inoffensive encode for Fresh certainly well above most of their budget offerings. The challenge is entirely with the source print that displays consistent damage. Specks, dirt, and scratches age the film, in some cases more than those from decades prior. Fresh looks unkempt.

The master, however, saves the disc. Brought to the format with no tweaking or digital anomalies, Fresh is refreshingly free of edge enhancement or noise reduction. Grain, despite qualms with the compression, feels natural. The stock looks wonderful, lightly touched with texture while giving the AVC encode few chances to fumble.

Fidelity is everywhere, entirely natural close-ups producing facial detail while rundown buildings sell the unfortunate lack of care. Medium shots maintain a filmic look, with depth provided by black levels and brilliant contrast. All of these elements are well controlled without being dominate. This is a tandem approach that brings everything together for the sake of accuracy.

The final piece of this surprisingly clean puzzle? Color. Saturation is brought up a notch, just enough to give the hues weight. Flesh tones are pure, and primaries under control. Fresh has plenty of life, although the bothers of banding or noisy grain will be enough to keep it down.

Something had to suffer and bring this to the reality of a budget label, and here it’s audio. Mixed absurdly low and with dynamic range preposterously out of sorts, the piece never finds a sonic balance. Music blares and subway trains pass by while understated dialogue sits under the rest. Prepare for a volume battle with this DTS-HD stereo track, and little in the way of separation between channels.

There are also issues with fidelity, a faded score and muddy dialogue making it difficult to discern words. No subtitles are offered; you are on your own here. Fresh works visually, but apparently at a cost.

Two bonuses are listed, the first a two-minute promo, and the second labeled a gag reel. Beyond the goofy music, there are no gags to be found, so it’s just… a reel?