Quiet and reasoned, Lilith is much a product of its period, often a slog with its evocative if quaint cinematography. Twisting around a young Warren Beatty as he applies for internship at a mental hospital for the rich, the film begins a descent into psychosis and lust, almost entirely through the lens, not dialogue.

Imperfect as it is, Beatty’s immediate temptations for a patient turn sour with harsh consequences. His engagement in a lustful romance with Jean Seberg as the title character is done in secret, her own schizophrenia a driving force in their sensuality. Beatty’s character falls for her delusional seduction, turning protective and infatuated, completely unaware of her weary mental state as the draw grows.

The film is an often brave oddity, breaking from the constraints of a conservative movie period with lurid language and heavy sexual undertones. Lilith is a rebel, both in how it is shot and in its content. It is a film that does a lot with so little, and becomes unnerving from those choices. Sequences involving a little boy with Seberg performing an uncomfortable seduction jars the viewer into an ugly reality. This woman has no control, nor a sense of morals within her warped mind.

Lilith is quite centralized, a romance split in four directions, while often contained on Beatty’s inability to get away. His desperation for work keeps him locked to the grounds despite no specialized training, a casual methodology to take for such a high-end mental care facility. Many of the activities seem harmless, corralling patients on a picnic or playing cards. The stark reality is that most on the verge of breaking down, or in the case of Lilith, set to unknowingly strike.

Editing keeps a delicate touch for the first half of the feature, making the eventual harshness of the breakdowns all the more punishing to these characters. Dead bodies will begin to slip across the floor, all in response to Lilith’s allure or rejection. She has an inescapable mystique and mental grip, abusive in a way, that locks people into her spell. When that shatters, so do her unsuspecting and naive victims.

Categorizing a film like this is difficult, often spacious in its style within its own world. It toys with the viewer as much as its characters, running them down and playing tricks in a search for deception. Sometimes awkward and dated, Lilith never relies on one direction or mindset. It needs to be taken in pieces and digested, but that does not necessarily enthrall. 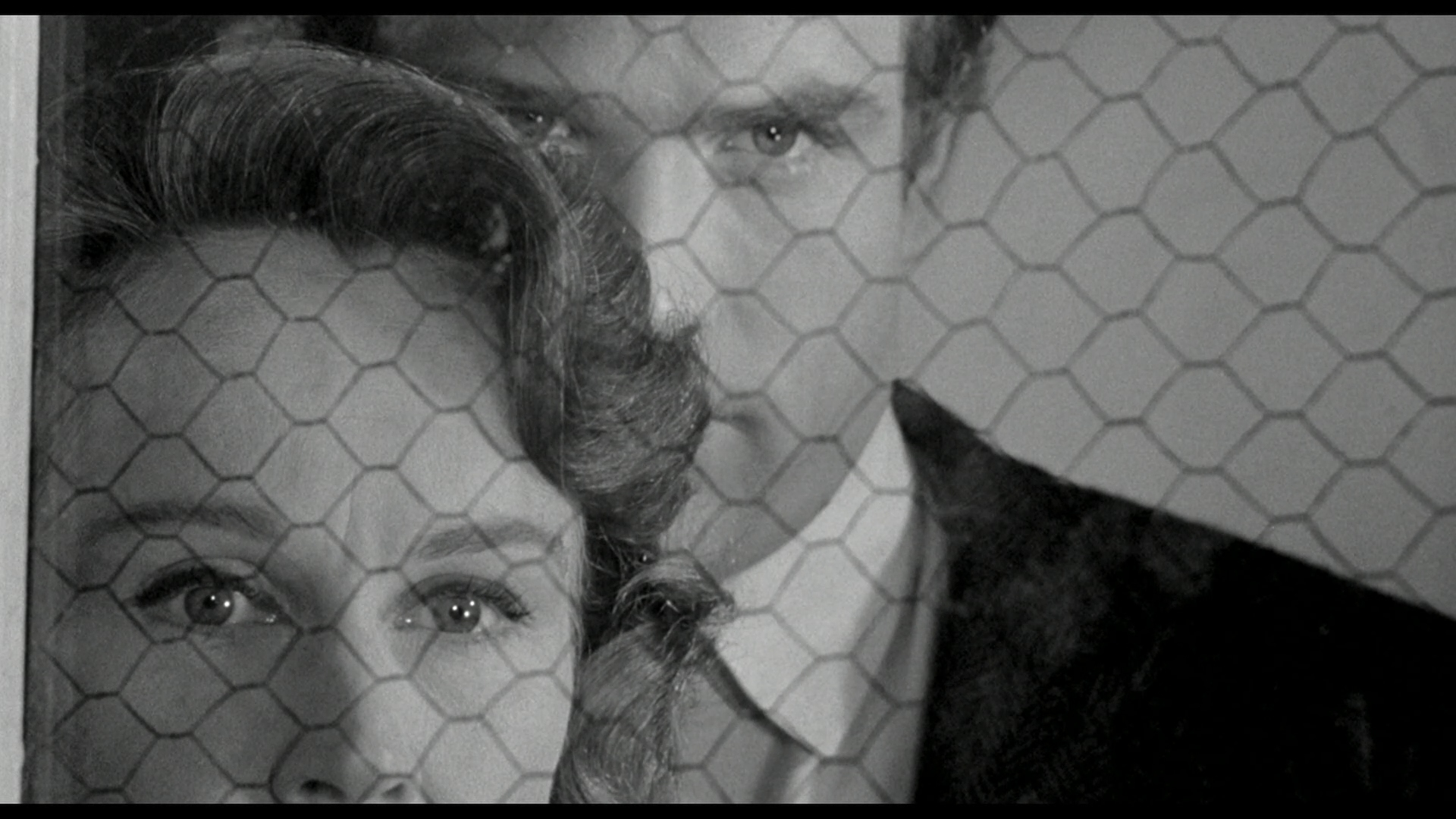 Mill Creek doubles up this psychological drainer with Ship of Fools on the same disc, both films lengthy and pushing against one another for precious encode space. For Lilith, it is not as important, grain squeezed out by obvious noise reduction. Faces look like plastic and definition sours, the plethora of plant life surrounding the facility dimmed. Close-ups reveal middling resolution, softness, and flat depth. There is little life to most of this transfer.

What grain is left proves bothersome with visible banding across walls and often, even faces. Gray scale is inordinately lifeless, pale whites and limited tones creating a murkiness that Lilith can’t escape from. Black levels are fine if nothing else, and the source print is freed of (almost) all imperfections. A hint of judder or a speck of dirt are not worth being worked up over, especially considering the weight of the other problems.

Oddly, around 1:12:00, Lilith clears up. The grain is restored, sharpness peaks, and depth seeps into the image. That level of perkiness comes and goes for the rest of the runtime, although inconsistently. Also, with the encode being strained, the added grain is hardly doing the film any favors. Artifacts are apparent as opposed to grain.

Despite the reservations, the back half produces some wonderful facial detail, dominate enough to appear as if it were a different print in spots. Whatever the case, it lends the Blu-ray a spotty quality, with peaks and valleys, although those are awfully expansive valleys to deal with.

Peaks within the score cause the audio to wobble, age providing deterioration to all elements. The score is simply hit the hardest. There are severe balance concerns, the highs screeching over any reasonable dialogue volume during a fair, or to a lesser extent, any moment that reaches such a peak.

While free of overpowering static or pops, scratchy fidelity hangs over the entire running time. If a different print was used, the audio is consistently faded regardless. The DTS-HD mono presentation proves serviceable, not much else.

No extras to pursue here, which is probably for the better given the strain on disc space.