Dolph Lundgren can make a killer smoothie. His character, an older and sickly mob type, stands in his kitchen rattling off ingredients as he tosses them into a blender. It sounds great, a little banana, some kiwi, a few grapes. Watching the process is a low level thug hired to take down Lundgren, who is known here only as, “The German.” This unknown victim is bleeding out as The German switches gears to explain how exactly this failed murderer is dying from a stab wound.

For The Package, it is effective. This is a film that began with a stodgy fight scene as Steve Austin rumbles around a bowling alley, putting some debtors through glass windows. As if they are trying to hide the static nature of the fight, the camera shakes and avoids clean views; Austin’s pro wrestling career has not left him the most nimble.

As with so many of these aging action stars, Austin is a name and not much else. He produces some mean looks and generally acts like a bad ass, but cannot keep any rhythm or make the punches feel effective. In the ring, he was an icon. On the screen, he can barely muster a kick. No one here, Austin included, can handle a gun either. Most shoot-outs feature random nobodies flailing their guns wildly as if the recoil was unmanageable. A late gun fight has a guy backed into a corner shooting in the wrong direction as Austin makes a charge with a surgical table as cover.

What is all this over? A package. What is in it? You won’t know until the end when the film wraps itself tight and chokes itself out. The Package opens up a gaping plot hole with its one and only piece of suspenseful material, an unimaginably stupid plot twist that renders the slog of the previous 70 or so minutes utterly pointless.

Peppered with a car flipping, some stock footage, and incoherent action, Package has just a glimmer of hope with its two leads. Lundgren may sit back and chew scenery, but that is all anyone expects of him too. Austin is graced with a handful of tersely written sequences as well, including a hard-edged showdown with a former US torture expert, a scene that works until it turns into a brief scuffle.

Austin ends up forced into service with a mob boss who only sits in dimly lit rooms due to financial trouble. Package places Austin as a family man who loves his wife and wants to help an exiled brother out of prison, all admirable causes until they begin to weigh on the pacing. The character development feels placed instead of flowing naturally into the film, causing rough patches that drag the pacing to the grave. Speaking of which, the grave would be a great place for The Package to rest. 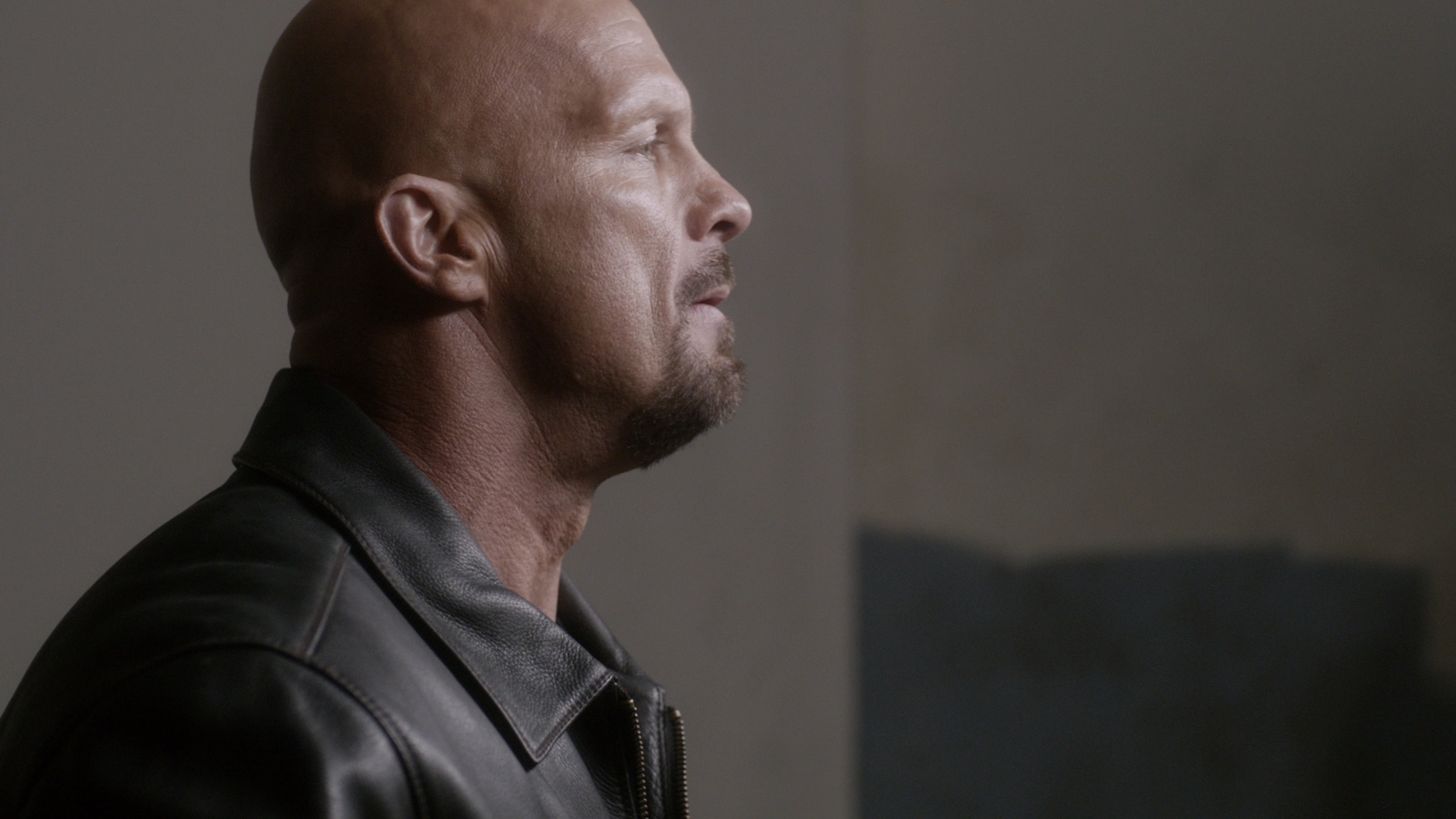 Most of the The Package feels like it was shot through a cloud. No, it isn’t foggy, just pale and overcast. The entire film is shot under murky gray skies, and post production saps whatever life was left. Flesh tones look dusty gray, and primaries have no life. Contrast is trapped in a stale situation and cannot escape.

Then, there are black levels that wander from crushing to light grays, never with any consistency even between edits. Anchor Bay’s encode delivers little more than egregious banding in many backgrounds, and noise when the black levels decide to let up.

Digital photography adds clarity if little else. Close-ups can be substantial in their detail, while medium shots often fall into a murky, imprecise style that lacks sharpness. On occasion, a lower-end camera is used for effect, one that produces a distinctively edgy image with blown out contrast. During the car flip, it is unmistakable, and almost looks like stock from the Jason Statham flick Crank.

Some of the aerial shots of cities is definitely pulled from a different source, easily spotted by more expensive cinematography and in other cases, massive halos. Package is otherwise free of general defects like ringing.

Boring will be a sufficient enough adjective for this TrueHD mix which finds itself amongst minimal surround use and dead stereos. Bullets only ping as singular sounds, not representative of the hundred of so rounds being shot off. They have no life either, indoor shots never sparked to life with distinctive echos.

Bass is reserved and lacking tightness, flaccid as it comes through the sub. A huge machine gun rattles off countless rounds into a store at 34-minutes, and never carries much weight. Even the slow motion footage meant to spice up the scene is no help. The final fist fight as Lundgren and Austin collide is beefed up with LFE to better sell the slow moving blows, but it never amounts to much.

No extras, unless an “interactive menu” is still considered something.