The four girls of Bachelorette would never be friends. One is a graduate of a high-end law school, one is addicted to crack, another festers deep emotional issues from her past, and another just sort of is. They are made out to be old high school allies, an out of whack clique who fell apart as they grew older, now mashed back together for a wedding. Yet, there never seems to be a connecting point here.

The movie tries to to find something be sure. Regan (Kirsten Dunst) knows Katie’s (Isla Fisher) overdose is a typical thing. Becky (Rebel Wilson) took the bullet for a bulimic Regan back in high school, and Gena (Lizzy Caplan)… doesn’t really fit anywhere. Gena is merely the troublemaker who sleeps with anything.

Becky is out of the film for most of its running time. The other three, in a night of female bonding, goof off enough to rip Becky’s wedding dress down the middle. That sets off a panicked series of events as the women try to find a way to fix the situation until the script bogs itself down. With so many issues to deal with from their past, Bachelorette comes crashing around itself, splintering at its seams as momentum dies. Gena reconnects with her ex, Katie deals with her addiction, and Regan tries to find herself amidst what should be a perfect life.

This is two different movies mashed up in an attempt to create a cohesive whole. Good luck getting through it. Abrasive and ornery, Bachelorette flings sexual dialogue in an attempt to save itself. While occasionally finding a comedic center, the film chokes itself out of melodrama with generalized characters who are little more than walking, breathing feminine jokes without a funny base to draw from.

It is too harsh to call the film a total wash when at its highest point, even sans character, it does make you laugh. The lead actresses have more chemistry than their characters, so there is a little to be said for the four-way pairing. What dies is the pacing, that sagging middle leading to a frantic third act that is meant to be all about building real people, except it does not work. To avoid a buzzkill, Bachelorette needed something with enthusiasm, not a film drowning in self-pity and doubt. Chop this one out to a 60-minute TV special (on a network unafraid of language), and maybe you’ll have something. 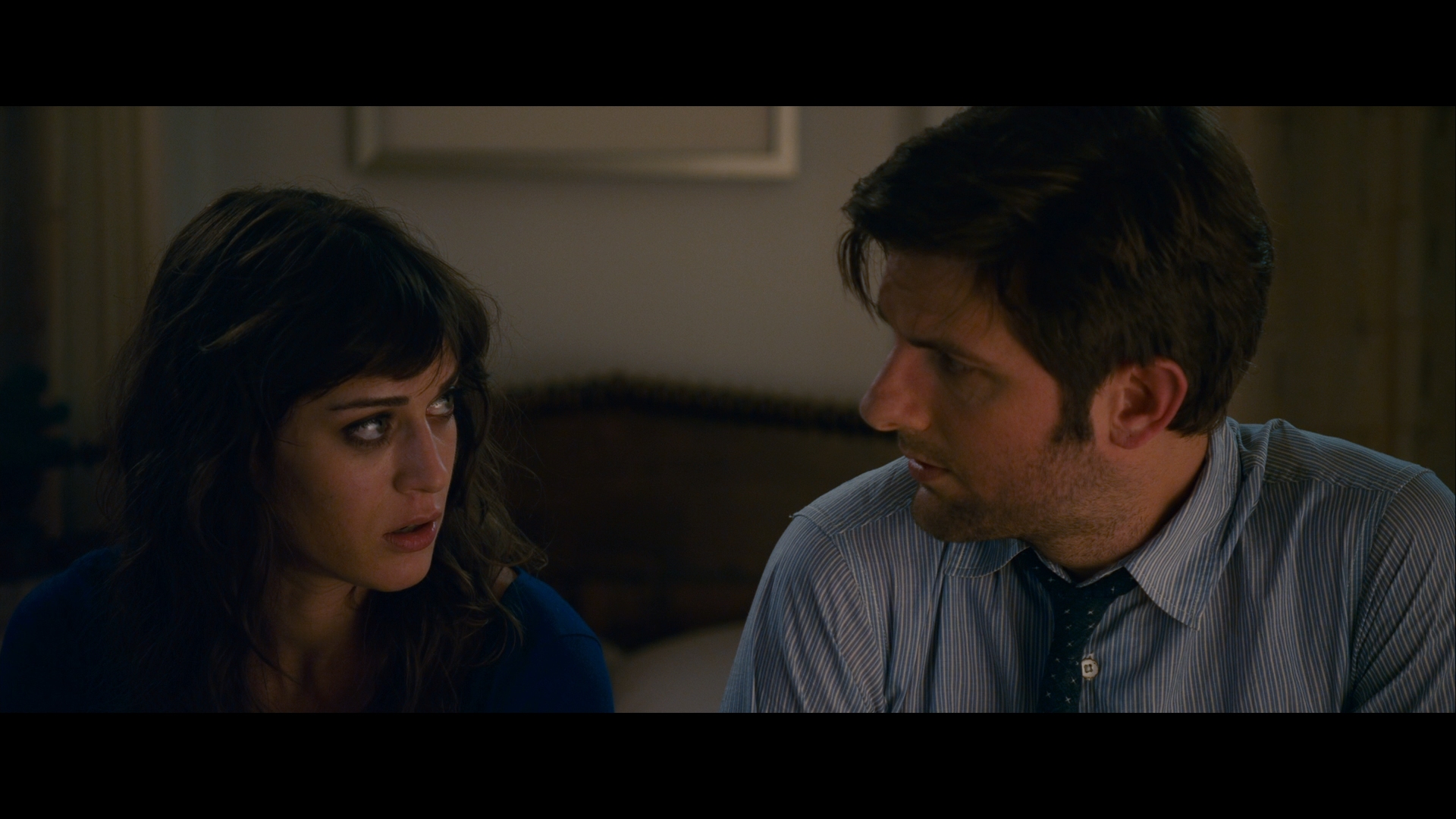 Captured digitally without the black levels needed to find its footing, Bachelorette is a bit above passable even when lacking the deepest elements. The savior is sharpness, which even when it is not presenting necessary, substantial definition, still pushes through clean and natural images. It simply looks right, with no signs of digital noise and perfect (i.e., invisible) compression from the AVC encode.

When fine detail takes a step into the image, it hits its mark spot on. Facial definition is pure and striking, while never hinting at its digital source. Bachelorette carries a definite film-like appearance, never selling out to the artificially smooth nature so common with modern low budget offerings.

The digital intermediate also plays nice, maintaining natural flesh tones that warm up only under specific, logical lighting conditions. The color palette takes a few shifts in style, ranging from dense primaries to a rather flattened methodology that establishes a warm baseline to drawn from. At the close, primaries are back, with bright greenery showcased at the outdoor wedding.

No matter what it is doing right though, the black levels put up a metaphorical wall. They never allow the full breadth of the imagery to shine, instead delivering a nagging, persistent blockade to perfection. Their failure to deepen shots is impossible to miss, offsetting many of the other positives.

Dialogue upon dialogue will offer little for this DTS-HD track to work with, keeping it all in the center without any leverage into the other channels. There are a handful of unfounded opportunities.

That said, the design does make a nice base of ambiance and sticks with it. Bars and clubs are prominent, whipping up music or chatter to envelope appropriately. The soundtrack can also weigh heavy on the .1, especially over the booming opening credits. Those are a bit of a shock. Bachelorette also carries a subway ride where the tracks and creakiness of the train car is spread out through the soundfield. Never spectacular, but always serviceable.

A commentary is from the mind of director Leslye Headland, which in the bonus features is followed by a thin blooper reel (just under two minutes). A behind-the-scenes featurette is little more than a promo.