End of Watch purports to be an inside look at being a cop in the midst of South Central L.A. Brian Taylor (Jake Gyllenhaal) and Mike Zavala (Michael Pena) work together on the streets, driving through general patrols and finding themselves in an uncharacteristically escalated scenario.

A little Hollywood theatrics do not dampen End of Watch. A lot of Hollywood theatrics do. Taylor and Zavala bust into a home and begin a shakedown of a suspect wanted for aggression towards the mail carrier. Zavala drops his guns, rips off his shirt, and then begins a living room rumble ignited over racist remarks. What cop does this?

Then, there is a late set-up as gang members trap both of the leads in an apartment complex, firing off a absurd number of rounds and missing all of them despite a lack of cover for the cops. There is only so much you can put in front of an audience before your credibility is lost, and even if it takes time to reach that point, End of Watch takes the steep part of the cliff dive.

It is a shame too, the film otherwise a unique if inconsistently applied concept that sees Taylor capturing his work via handheld camera over an unspecified time frame. Conveniently, gang members are doing the same, and no amount of dash cam footage can legitimize the filming of these events. Another strike.

Still, End of Watch is uniquely positioned to show both the best and worst of police work. Co-workers are unevenly hot headed, and the cockiness displayed by Taylor and Zavala is unmistakable. Despite their attitudes, both make sacrifices in the line of duty while managing increasing complications in their personal lives. End of Watch is smart with its handling of relationships, keeping them behind the characters while delivering no less narrative importance.

Nothing is held back throughout the piece, flagrant with its language and heavy with its gore. Decapitated and rotting bodies are frequent, as are the bloody shoot-outs. Coarse language is excessive to drive the point home, establishing an edge to underdeveloped gang members, and a comfort level amongst the force.

Loose threads are evident as End of Watch solidifies its presence on Taylor and Zavala. A bit of character involving a female cop and low level thug has no impact on the story as a whole. It sucks in the tension for a minute and then lets it go. American Ferrera has a small role as well, although so neglected you’ll rarely see her in the frame.

There is a good movie here and an even better concept, but eventually drug under by its own hand. Material is often powerful in front of the lens, and then cheapened by wild flourishes of implausibility. Maybe End of Watch is too aggressive with its methodology. The concept would work better with tighter focus and a little randomization. 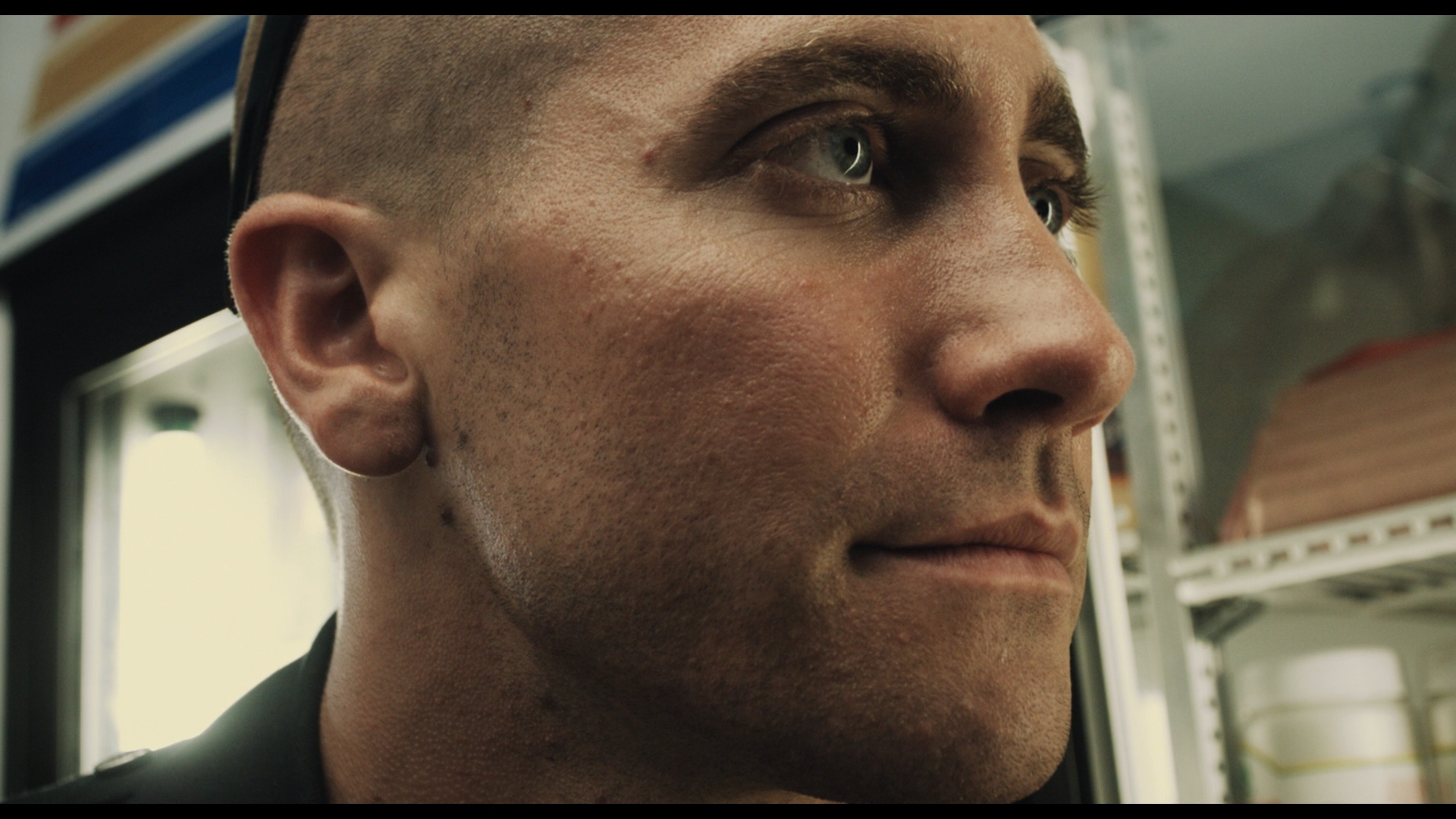 As expected, the visual palette for this film is all over the place. From dash cam video to night vision, everything from consumer level equipment to sharper high-end cameras will sprout up. Be ready for wild variances in all elements as End of Watch never settles down visually. It can’t with so much going on.

It is too easy to rally to the cause and slam the disc considering what the audience is looking at. Very little post production methodologies seem to come into play, with drastic over exposures, weakly saturated color, and black levels that rarely reach black. Only a handful of shots come across cleanly without some element that fails.

Is it worth the Blu-ray edition then? Surely. A generous lack of compression aside from interior banding during a fire rescue is the only technical transfer ailment. That could be within the source as well. Added resolution will surely perk up the definition on facial close-ups, and those can be plentiful. A handful of city shots are also glistening with clarity.

End of Watch presents a source that is obnoxiously flagrant with contrast, black levels, and other elements, and it does it well. Effectively stamping out possible ringing and low light noise, enter with tempered expectations for what you are seeing. You’ll do okay, and this Blu-ray will too with a solid AVC encode from Universal.

This is fantastic sound design. You are probably thinking, “But, it doesn’t do much!,” and you would be right. That is why it works so well. Gunfire is heavy in the highs without exaggerated LFE. The shoot-out that serves in the finale is loud since it takes place within an open apartment complex. The sound echoes aggressively and completely sells the location.

Dialogue outside has an entirely different feel than inside. A wedding contains a surprising amount of created aural space that has some of the homemade vibe without losing the surrounds. Helicopters pan overhead while the stereos work to keep the motion traveling around the soundstage while on crime scenes.

Some will bemoan the lack of LFE which is hitched onto the soundtrack only. Very little makes its way into the action, the more natural style perfectly suited to this type of film. Trying to rev up the low-end would only serve to artificially add a layer that was not needed.

A stacked selection of 17 deleted scenes will take a little over 46-minutes to work through, and a solo commentary from director David Ayer is also great material. Not so hot are five featurettes that are so short they could have played as trailers. D-Box and BD-Live are the only other bonuses.