Back in 1931, moonshiners were on the run from prohibition. Today, moonshiners have reality TV shows. We’ve matured, clearly.

Leading the Bondurant clan is Forrest (Tom Hardy), soft spoken with a penchant for brass knuckles. His makeshift booze territory is soon to collapse under the weight of pressure from outsiders. Politicians are moving in on the trade, the rich seeing money in the product and demanding money to access trade routes. The police act as middle men to the one who pays the most.

Special Deputy Charlie Rakes (Guy Pearce) doesn’t chew the scenery, he eats it. Rakes is a distasteful, crude, and as unrelenting as any gangster. For their down home country boy attitude toward life – and illegal activities – the Bondurant boys come across as passive in comparison.

Under Forrest is a younger brother, Jack (Shia LeBouf), gifted with little more than cowardice and immediate affection for a priest’s daughter. Forrest is the collected one, also a tough brute. Jack is the one with a burning desire to take over and push forward in order to expand the Bondurant empire. He just has to find it within himself.

Lawless becomes a movie of actions, sometimes violent, sometimes not, the type of actions that lead to bodies in the ground and throats slit. Violence is not so much an answer as it is celebrated. Blood spews from popped veins, skins rips open, and hot tar scars the back of those caught. So much of Lawless is indirect between these warring factions, setting up a confrontation through increased brutality.

The film mixes in its share of romance, likely only for the sake of blatant nudity. There is little question this one aims for the male demographic, Forrest himself the ultimate tough guy. Women are something to look at. Whatever character building is attempted through the flirting and sex begins to take its toll on the flow, breaking down the pace that required a montage to siphon information midway through. Lawless grinds a bit.

Despite measured success in the battle of the sexes and languid pacing, Lawless is a great story. You can feel the legends sprawling across the screen as this story took on such a status through the decades. The Bondurants, at their peak, we’re gruff menial crime bosses who only struck back – never first. They were fighting for the little guy and even for their culture. That makes them folk heroes. 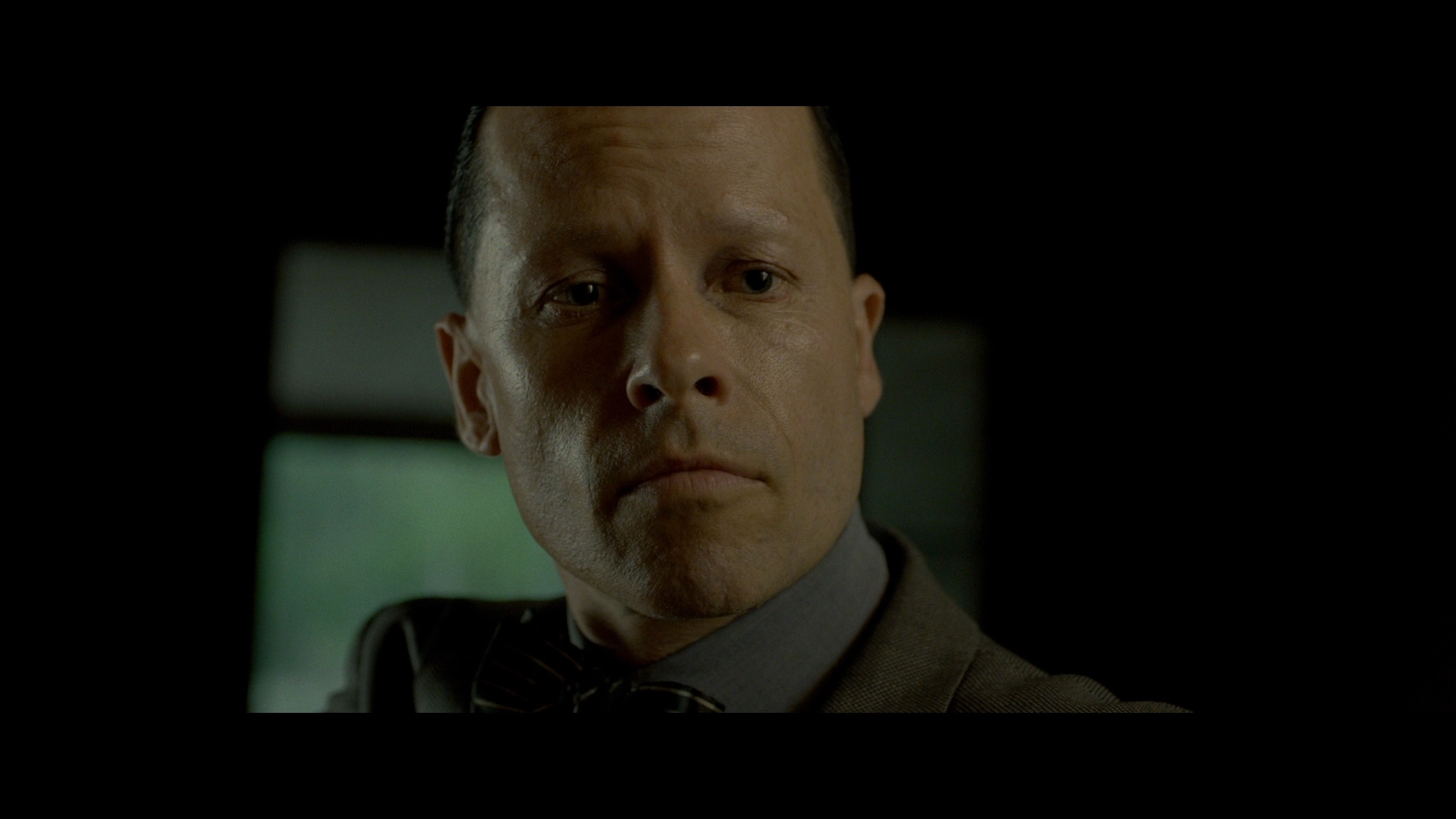 Shot digitally, the look of Lawless is a little artificial. The time period feels betrayed with too much gloss, although the benefit is clarity inherent to the photography. Undeveloped landscapes look beautiful with their lush texture and definition. Trees can be seen for miles. Thick, wool suits produce a look relevant to the era, and wood construction means additional opportunity to sell the period over the format choice.

Lawless’ battle is flicker, aliasing, and noise. The opening aerial pan of fall trees holds to an irritating flicker for the duration of the shot. Lines on cars will break up slightly, and noise will creep in at random. It is odd to see darkened interiors free of artifacts while a brightly lit exterior becomes a haven for digital remnants. The razor sharp, dense black levels probably hide quite a bit.

Color is toyed with for effect. While the world is mostly comprised of dusty browns and dull oranges (accentuated with bright greens), Jessica Chastain steps onto the screen with a vivid blue dress that breaks up the muted look. The same goes for Mia Wasikowska in a blazing yellow. They stand out and brighten up an image high on contrast. They become impossible to miss.

For the few misses in regards to noise or aliasing, Lawless does not give up the fight. There is a definite consistency to the close-ups with extensive facial detail that makes this one pop naturally. Clarity is enough to reveal some questionable facial bruising and light stubble. This is a looker.

Despite some hails of bullets, Lawless is remarkably subdued in its design. The DTS-HD mix can reproduce clarity, but cannot fix a source that isn’t trying. The final shoot-out stages the police in a gun fight against the moonshine boys with hundreds of bullets, and hardly any of them find a place in the rears. It doesn’t matter whether they’re connecting or being fired. The stereos handle it all.

Also lacking is a high-end pop. A Tommy Gun becomes inspiration for Jack, and while it pounds an incoming vehicle, it doesn’t register anywhere but a middling mid. Intensity is lost, and the ensuing crash is void of impact. Even a late explosion in which an entire illicit refinery is blasted doesn’t connect to the LFE, although at least the surrounds do something. Debris scatters through the tree line, and leaves rustle with contact in all channels.

Lawless has not forgotten the subwoofer. Heavy drums pulling some dread out of certain moments will hit hard to create a rumble. It is an active .1 channel when it chooses to be. The rears can act up too, nicely enveloping a party that places the characters (and the listener) in the middle of it. That does not sell a modern gangster flick though.

Director John Hillcoat and book author Matt Bondurant deliver a fun commentary that balances the historical with the technical. Six deleted scenes are brief, followed by an initially promotional featurette The True Story of the Wettest County in the World. That takes a turn to again balance reality with the fiction that holds your attention.

Franklin County, Virginia: Then & Now compares the traditions of old to those of today. With moonshine, not much has changed. Story of the Bondurant Family is a 12-minute look at each member and their lives. A music video will bring Anchor Bay’s effort to an end.