Ritual is a loose continuation in the Tales From The Crypt franchise, released in 2002 by Miramax’s sub-label that specialized in horror films, Dimension. The Crypt Keeper does make his mandatory appearance, introducing the story in his usual humorous and morbid style so familiar to viewers of the HBO show that ran for many years back in the ’90s. Ritual is a remake of the Val Lewton-produced semi-classic, I Walked With A Zombie, the 1943 RKO Pictures’ voodoo thriller.

Jennifer Grey stars as Dr. Alice Dodgson, a doctor that has had her medical license suspended for two years at the beginning of the film. Looking for work, she takes a caretaker position in Jamaica looking after a rich American man believed to be cursed by a local witch doctor, Wesley Claybourne (Daniel Lapaine). He has been suffering from a mysterious illness for over two years that conventional medicine can’t seem to cure. Wesley lives together with his brother Paul (Craig Sheffer) on their palatial estate. A local veterinarian, Matthew Hope, is a former medical doctor himself that hangs around the brothers, played by a worn-out Tim Curry. It’s a surprisingly strong cast for a modestly budgeted horror film, though the real scene-stealer is Kristen Wilson playing a local Jamaican native, Caro Lamb. She adds an electric amount of energy and verve to her role as an oversexed local girl that befriends Alice.

Ritual doesn’t stray too far from the conventional motifs and themes seen in most voodoo-related films from Hollywood. There are the good and bad witch doctors, warding off people with spells and voodoo dolls. It’s marketed as a horror film, but the core of the plot resembles a murder mystery in that the main villain, an evil witch doctor supposedly manipulating events the entire time, is not revealed until the final scenes.

Most of the more horrific elements take place as hallucinations caused by the zombie dust, as the movie tries to stay firmly grounded in reality without resorting to supernatural explanations. The direction by Avi Nesher is a little scattered in focus, as the main horror element found in voodoo, the mindless human zombie, is rarely shown except in brief flashes. Using Jamaica in place of Haiti makes for a nice change of pace and its lush scenery is a strong backdrop as Alice confronts the dangers of battling voodoo practitioners.

While a few comedic bits make it into the story, Ritual stays away from the sometimes campy aspects of the Crypt franchise, instead choosing to ramp up the sexual vibe of the story. Kristen Wilson’s character goes around in the full buff in a couple of scenes and Jennifer Grey somehow manages to make it through the entire film without wearing a bra. Strangely it does not feel that gratuitous, simply because the mood of the film nails the easygoing island lifestyle so well. Ritual is not a classic by any stretch, but horror fans interested in voodoo will find it a relatively strong movie. 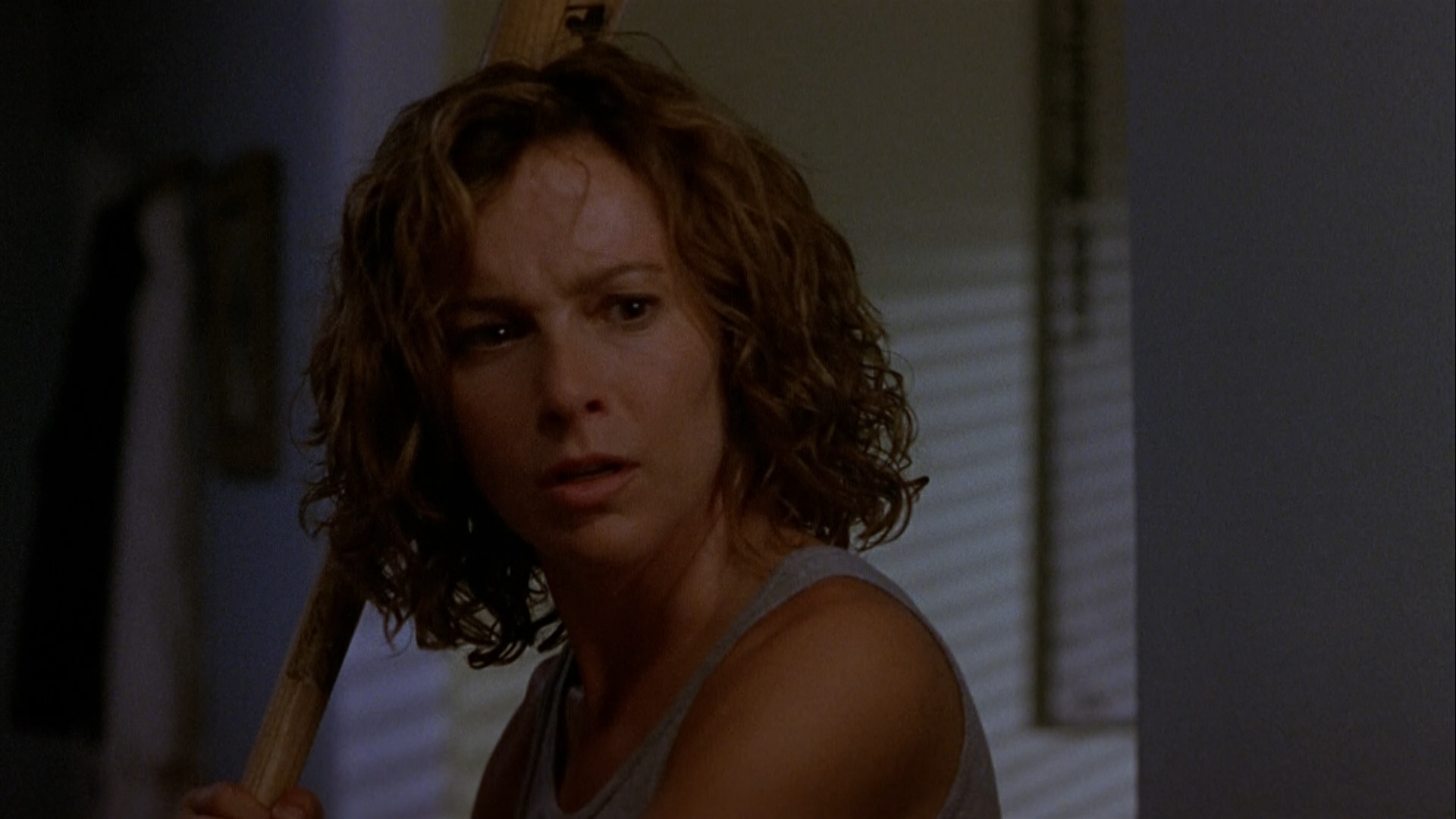 Echo Bridge has scrounged up a master with moderate strengths in high-definition, that looks very good by their standards on Blu-ray. Though do not expect jaw-dropping sharpness or detail for a movie made this century, the 106-minute movie has a mostly filmic transfer made from secondary film elements that are likely one generation removed from the original negative. The film is presented on a BD-25, in an AVC video encode at higher than usual bitrates for Echo Bridge and at an aspect ratio that is 1.78:1.

The film print shows little sign of damage or age except for the presence of exaggerated grain in a few aerial shots. Compression parameters are higher than is typical for an individual feature from Echo Bridge, occasionally hitting 40 Mbps and reproducing the older master without one serious hitch. Exterior shots are by far the sharpest and exude a pleasing focus with excellent clarity. A few shots go soft but by and large the image has a pleasing level of detail evident in the workmanlike cinematography.

One notable area that could have been improved is the consistent magenta push to the color palette, often producing overly reddish hues to the flesh-tones. It hardly affects the fine contrast or black levels, bare skin is simply too reddish. While the movie never really plumbs the depths of possible black levels, there are no real instances of crushing and shadow detail is very acceptable.

Short of a new scan from the camera negatives, the video quality of this Blu-ray is fairly strong for an obscure horror movie that barely made a dent at the box office.

Ritual had a 5.1 soundtrack released on its original DVD years ago. Sadly Echo Bridge has failed to include it on this Blu-ray. The only soundtrack offered here is a 2.0 DTS-HD MA mix. All things considered, it’s a powerful stereo mix with a wide soundstage and top-notch fidelity. It handles a far-ranging array of sound effects and music with aplomb, from the tribal dance ceremonies to the Reggae music that dominates the soundtrack.

The audio rating might have received a perfect score with the film’s proper surround mix, though the included stereo mix is strong enough to ease some concerns. It is well balanced with a tightly integrated use of bass, which enhances the generic Reggae music of the film. No subtitles are offered as an option on this Blu-ray.

Echo Bridge has failed to include any extra features. The only thing on the disc is the main feature itself.