Savages doesn’t necessarily portray anyone is a positive light, even the film’s base “heroes” on the opposite side of law and societal norms. Chon (Taylor Kitsch) and Ben (Aaron Johnson) make a living selling the best pot on the planet, this under the guise of federal agents who don’t mind as long as it’s clean and they get their cut. Both share a woman, O (Blake Lively), and by shared, that does mean the entire package.

Oliver Stone directs with a definite eye for character, even those who would seem ancillary. Savages struggles to find a groove in its first act, breaking down the business and charitable deeds to give Chon & Ben their white knight-esque allure. Film historians will undoubtedly see this as a call for legalization.

Bodies pile up as a Mexican operation wants in. Their product is tanking in comparison, requiring a kickstart from the college level education of Ben with the aggression of ex-military Chon. The latter two have taken a pacifist approach to their merchandise, almost a naivety that leads them to refuse the cartel’s offer under the assumption of non-consequence if they can leave the country.

That’s when Savages finds it arc, a twisty tone that borders on the surreal, the violent, the dramatic, and the comedic. Benicio Del Toro plays a hired gun without emotion, a show stealer who has no rules associated with his methods, working under a tyrannical boss in Salma Hayek. Despite marketing that may dictate otherwise, the film is under the presence of Del Toro and Hayek, the rest of the cast crushed under their unique flair and invested words.

Between everyone though is Blake Lively, the double lover who is kidnapped as the deals go south. Her opening monologue is grim, as are the first images: rolling decapitated heads which, as the audience eventually learns, are victims of the cartel. They said the wrong thing at the wrong time or crossed the wrong person. O’s (short for Ophelia) capture is a tense one, Lively used to a valley girl existence which is ripped out from under her as she’s heartlessly degraded and mentally broken down. In her presence, people are tortured, burned, and shot. One man is whipped so severely his flesh hangs off his face.

Despite the horror, Savages never loses a sense of humor that is graded as dark, and certainly hidden within the dialogue at times. These characters are furious at one another, all of them carrying this quiet vengeance they separate with dry humor or intense looks, suggesting a thought that won’t bubble to the surface. The fear is entirely of death, which hangs over all elements of the film, but each side feels their methods will win them the day. That makes it work, and certainly on a repeat viewing where character progression seems to have a tighter balance. 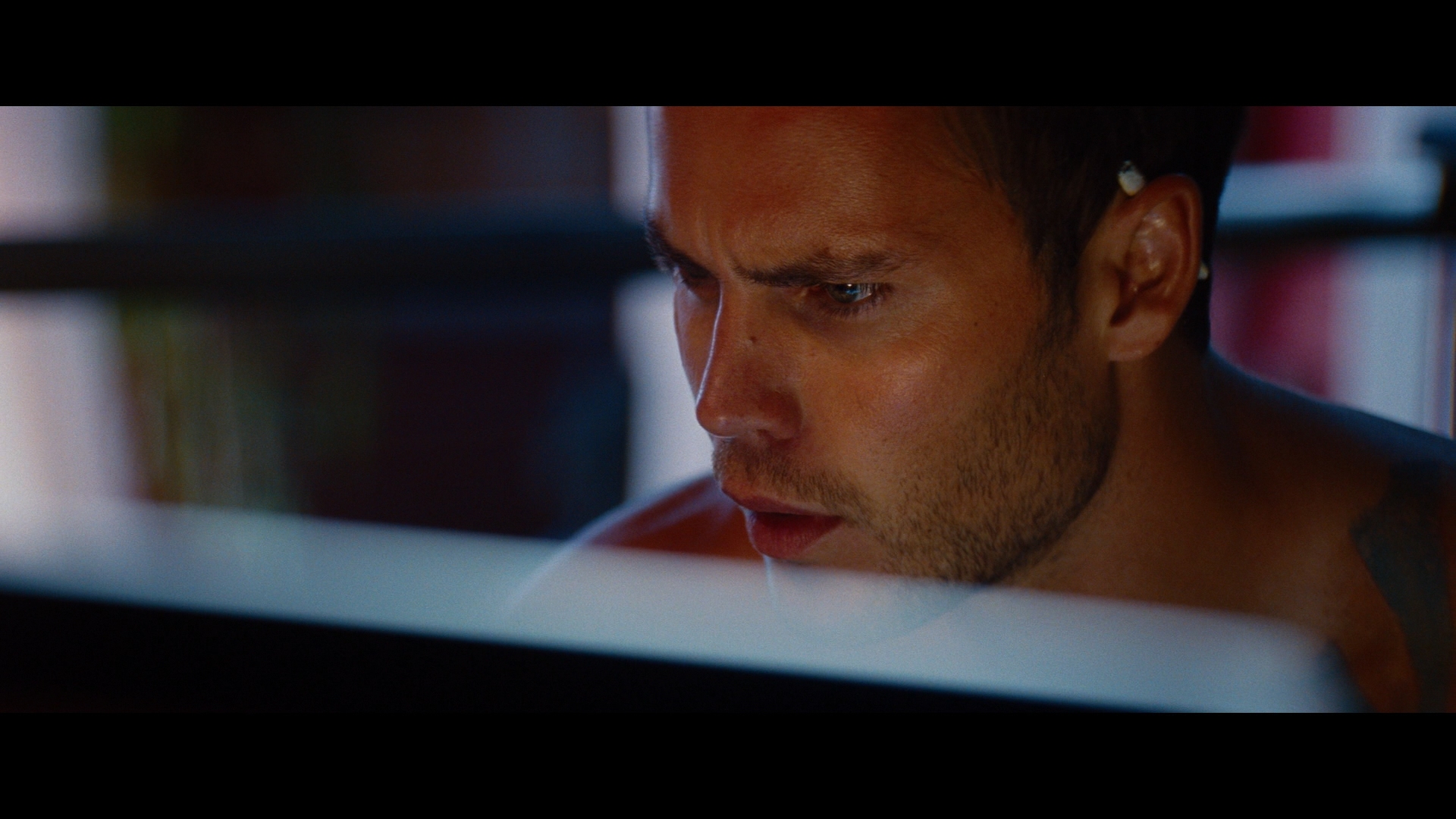 Color is super charged for story of drugs and vengeance, catapulting flesh tones into vicious oranges and environments into vivid hues. Water is a dominating blue, and the greenery – of all varieties – is almost overwhelming. Nothing is left alone or missed. Blending with a contrast that seems to be overworked, the images cascading across the screen are nothing if not blinding.

The key is detail, and no matter the circumstances, sharpness will hold true on tight close-ups. While focus will drift for artistic purposes, moments in their prime are more common. There are also instances of security camera footage, video chat, or flashbacks will diminish definition in their immediate vicinity before the film stock can stabilize again. That’s nothing to worry about.

Oddly, for all of the contrast being fed into this film, black levels at night run aground. Lacking in density and for that matter blacks, they steer towards hues of blue. It saps the gigantic level of energy found everywhere else for brief drops in quality. Viewing this in theaters brought with it no such inconsistencies. However brief, those snippets drain the disc of its prime.

One or two major grain spikes are handled well by this AVC encode, Universal pushing the bitrate to keep this one clean. Even though captured on film, the grain structure is menial enough that this could pass for digital. You’ll hardly notice the film stock at all. Stylistic choices will bring it out more than the codec.

It’s a shame that middling concerns keep Savages from the upper quality tiers. That digital look? It’s there outside of the loose grain in the form of lighting ringing and an overly edgy appearance. Striking as they can be from color, contrast, and depth, aerials of the beaches are robbed due to some slight (super slight) halos and an ounce of flicker. Close-ups and medium shots suffer from the same problem, albeit to a lesser extent. Close, but not quite at a live action peak.

Most of Savages’ audio is minor filler. Beaches are active with waves, crickets chirp at night, and cars pass on the street. Ambiance is high to take up space in the available channels, and it’s an effective execution. Those crickets sound like they’re right in your theater. Surprisingly bouncy is Blake Lively’s narration, deep enough to force the subwoofer to act up with enough volume. It’s quite striking amidst the rest of the mix, which is typical by modern dialogue standards.

Two action scenes will be the sequences to seek for audio buffs, the first a raid at 1:10:00, and the brief shoot-out at 1:57:00. Both hold a tremendous level of gunfire, especially the latter with sniper fire crisscrossing around the sound stage. The former is lit up by car explosions and a rocket launcher pulling its weight. If there was any doubt as to the glossiness of this production, it’s all in those two capable scenes.

Oliver Stone is alone with his film via a commentary, with more info spilled into Stone Cold Savages. That’s a 34-minute making-of with depth, lacking in the usual praise process. Nine deleted scenes offer 16-minutes of material, more than the extended cut on the disc which adds about 10 to the main feature.