Dreamworks slaps together their Halloween TV specials and/or DVD/Blu-ray bonus shorts to create Spooky Stories, a compilation of hits & misses from the side stories of franchise highs. Shrek and Monsters vs. Aliens band together for a 76-minute onslaught of quickly thought up ideas, parodies, and other nonsense these characters can be featured in… and it’s not that bad.

In fact, the worst thing on the disc is the final piece, a Shrek-infused tale of a vengeful spirit in The Ghost of Lord Farquaad. That’s a clumsily made story meant entirely for 3D, and no 3D version is actually included. Gags are inserted first for their simulated depth than their certified golden laughs.

Most of the Shrek-spawned pieces are like that, somewhat flaccid in their humor. A three pigs take on Rear Window has a moment or two of note, and a tale of lost love regarding Gingerbread Man has a great finish, but that’s it. The framing device for those stories concerns Shrek, Donkey, and the rest of the crew invading a castle while swapping tales on a bet as to who is scared first. Material is traditional with fast edits, sharp writing, and a zinger or two. Sadly, it’s made-for-TV and these stylings are better utilized in the main features these shorts are based on.

The reason to own this disc are the two Monsters vs. Aliens pieces, including the wild Mutant Pumpkins from Outer Space and a zippy 10-minute follow-up, Night of the Living Carrots. Both nail their respective parodies and characters. Character development is even an element, whereas the Shrek pieces sort of wander. Missing Link is disappointed he doesn’t scare kids, Dr. Cockroach wants his childhood back, Susan needs family time, and B.O.B. needs food. These have far better energy and laughs-per-minute.

As a continuous run or individual spooks, it’s a safe disc for the kids. You can pop it in near Halloween to keep the little ones quiet for a little while with minimal worries. Scares are few and recognizable characters offer a safety beacon if they do become frightened. For collectors, it’s just something to complete a set of Dreamworks animation. 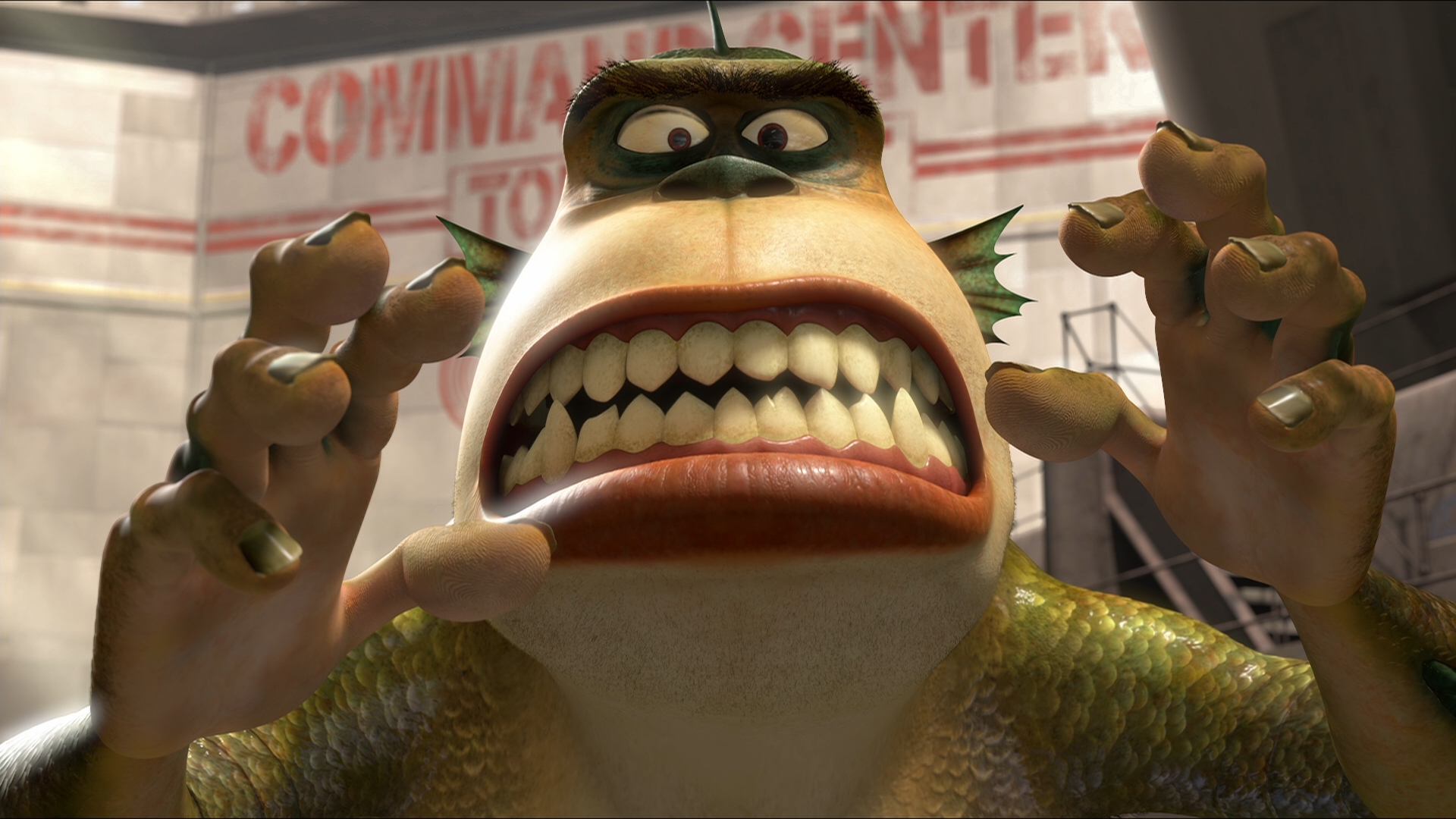 Much of Spooky Stories matches the most recent of Dreamworks output in terms of animation quality. The only loser here is, again, Lord Farquaad which followed Shrek 2. It’s impressive how far we’ve come in terms of technology.

Despite variances, there are baseline qualities. Black levels across the spectrum of time periods are superb, enriching colorful characters loaded with primaries. Distinctiveness is not something Dreakworks’ character roster is lacking. They all have superb depth in their designs, helped along with booming color decisions that this Blu-ray spits out like it’s nothing.

Texture remains high, and visuals are primed for spectacle. Monsters’ lead Susan has Halloween obsessed parents who light a mean house. From a distance, those small lights remain defined. Close-ups of fur – whether that be donkey, the pigs, or otherwise – are superb as they handle a wide range of outstanding fine detail.

There’s not much on the disc itself, so compression errors are nill. Material won’t bend modern techniques either, even when the action perks up. This is basic animated material, better than the usual toned down TV efforts, and all is captured well by this disc.

Stereo effects are used beautifully in this DTS-HD affair, one that ranges from 7.1 to 5.1 dependent on the short. Most are 7.1. The kick-off piece is a brief recreation of Michael Jackson’s Thriller video, and it’s an immediate impact. Music swells and the LFE works in as it can creating a strong, vivid environment.

Surrounds are used consistently, the LFE channel less so. A moment or two during the Carrot piece being the only highlight for the low-end. Everything else will live or die by the rears, and placement is consistent enough to be commendable. Creatures scatter, 3D effects force the issue, zombie vegetables invade, and panicked trick or treaters wrap around the soundfield.

On a final note, as if the Lord Farquaad piece hasn’t been harped on enough, it’s mixed about 10 decibels lower than everything else. If you’re watching these in order, the difference is dramatic. The mix is fine otherwise, but it needs a boost.

Night of the Living Carrots is the recipient of a pop-up trivia track, and the disc carries a bunch of promotional material. Beyond that? Nothing.