Cats vs. dogs. Packers vs. Bears. Mars. Venus. Oliver and Barbara Rose top them all.

Who knows what it says about our society when When War of the Roses brings in nearly $90 million at the theatrical box office during the holiday season of 1989. Yes, seriously. It was a breakout , a movie you look back on and realize how politically correct we’ve come. Roses could never exist in 2012.

The film is all Danny DeVito despite being based on the Warren Adler book. For a sickly twisted, certainly direct comedy, Roses captures some wonderful angles, stark lighting, and tense close-ups to sell this divorce battle. Oliver (Michael Douglas) and Rose (Kathleen Turner) are each determined to keep their dream home during a bitter divorce, for whatever superfluous reasons they see fit.

It’s not about the money, just a ludicrous play on who is right. Each is determined to outwit the other out of spite, even if it means torching the place in the process. Despite their mean-spirited, physically violent attempted murders, Roses bills these two as an idyllic couple, cozying up to one another during the closure of a summer vacation.

Two kids with weight issues later, they’re flipping each other the bird during key dinner meetings with clients – Oliver is a die-hard lawyer, she’s a catering queen with a gymnast’s touch – lashing out in the bedroom, and undoubtedly scarring two children who turn out relatively normal. Maybe Sean Astin projects that way.

Roses is smart, centering the character development not around their swooning romance, but the breakdown. It’s subtle, brooding, and slow, the word divorce never mentioned for 50-minutes of a two-hour movie. DeVito breaks down both sides in a classic example of unseen barriers erected (he gets a dog, she nabs a cat) so neither comes away clean. They’re both wildly materialistic and superficial, so naturally these events begin over a petty estate auction.

The film needs time, establishing a sensible base with DeVito narrating to the camera, turning the audience into a client. His actual client, sitting in the room with him, never says a word (and in hindsight, that’s funny; it’s Dan Castenella, voice of Homer Simpson). DeVito is Gavin D’Amato, a somewhat scummy divorce lawyer turned right by these events which may or may not have happened. D’Amato might be the only sensible person in this film outside of the kids, desperately trying to convince both sides to give yet to no avail.

War of the Roses is asinine, a darkly disturbing absurdest fantasy, a scathing satire, and legitimate commentary on how far we go to prove we’re right. In the age of the internet forums, social media arguments, and static political sides, maybe it’s more relevant than ever. Whatever the case, Roses looks right into the camera to say it isn’t always worth it. 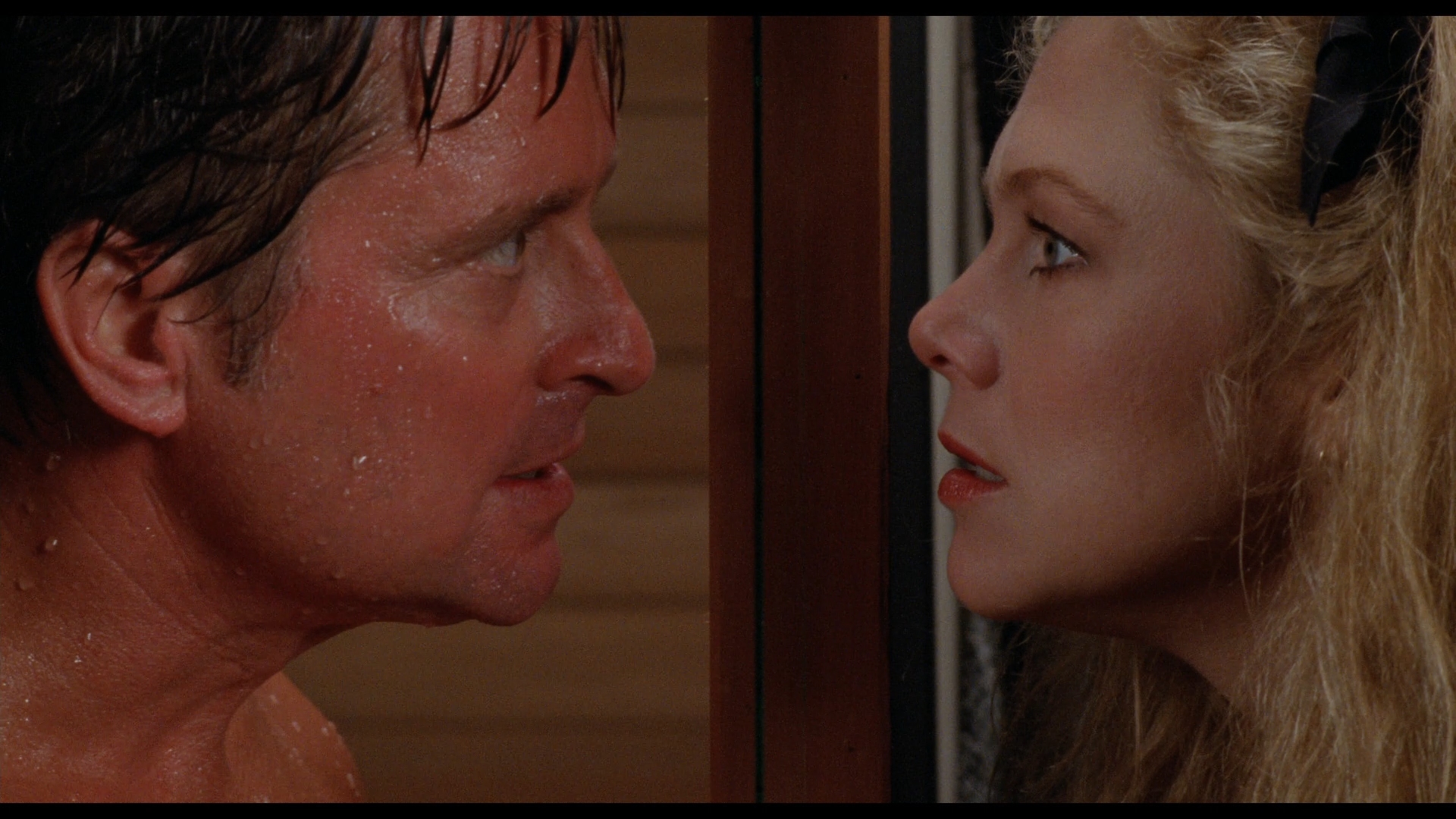 Fox’s Signature Series brings War of the Roses to Blu-ray with a new master, although the specifications as to what that entails is left foggy. Whatever the technical side, resolution seems high and unneeded tampering is left alone outside of the opening shots. Without  a noticeable reason, DeVito appears oddly filtered and grain seems awfully artificial until the piece settles into a high-end groove.

Damage does remain even if it’s sparse. A speck here, scratch there is nothing to be ashamed of, although it’s worthy of a mention. The challenge for this encode is purely the grain structure, which despite a top tier bitrate (this could be a resurrection of the Superbit line), still finds itself struggling to resolve the source film stock. Walls can be noisy while a limited romantic haze in the beginning causes additional layered trouble.

DeVito took time to not only shoot added special features but introduce himself inside the Fox fanfare when the disc loads. As such, he undoubtedly approved the slightly tweaked color timing. Primaries receive a boost most evident in the flesh tones, and certain backgrounds take on a dominating singular hue. It has a slight modern touch, although one that doesn’t veer quite as heavily (or as noticeably) as Raiders of the Lost Ark.

Fine detail is rarely at a premium as sharpness keeps an eye on preserving imagery without a loss of fidelity. A detriment only comes in the form of occasionally crushing blacks. They’re not subtle, but won’t damage some super fine exteriors of the home, razor sharp dinner scenes, or superior close-ups that only get better as the the war goes deeper into a frenzy.

Brought into the modern era of DTS-HD, this 5.1 mix won’t leave the center often, and when it does, it’s more a surprise. A mousetrap assault is one of the only highlights for the surrounds, dampened by the age of the source and needlessness of a 5.1 remix in the first place.

Roses’ troubles are entirely with dialogue, loose and unconvincing as it ages. Chats lack refinement and space out in terms of fidelity. There is no hissing or other artifact short of this being vintage material. Clean-up has done as much as it’s going to do.

DeVito goes solo for a commentary track to lead the bonuses, moving into the sit down chat, Revisiting War of the Roses. James L. Brooks discusses the project with an honest fondness and DeVito details his side of the filming for 24-minutes. DeVito does the same with composer David Newman for nine. Deleted scenes are pulled from the Laserdisc edition, and the introduction has a spirited quaintness about it. They don’t make them like this anymore. Trailers, a production gallery, and the shooting script are included for completeness.