The Prophecy: Forsaken is the last installment in the Prophecy horror franchise, bringing this once proud series to an ignoble end. Working as a direct sequel to the events shown in The Prophecy: Uprising with some of the same characters, Forsaken simply doesn’t work on its own without knowledge of the prior movies.

The budget for this sequel appears to have gone entirely to its cast, as almost all FX are dropped and the script practically eliminates any action possibilities. It does share many similarities with Uprising, as both movies were filmed together with largely the same crew and in the same locations, in a dreary-looking Bucharest, Romania.

Allison (Kari Wuhrer) returns as guardian of the Lexicon, a book revealed to have the exact identity of the Anti-Christ in its pages. That is what the angels desperately want to know from Allison, so they can kill the Anti-Christ to avoid the coming Armageddon. Veteran horror actor Tony Todd is the film’s villain this go-around, a high-ranking angel named Stark, chasing the Lexicon down for his own twisted purposes. Stark simply replaces the role that Gabriel played in the first Prophecy, as the avenging angel fed up with humans. Jason Scott Lee makes an appearance as Dylan, a human assassin tormented by Stark to do his bidding in chasing down Allison.

Unfortunately everything about this movie is a bad retread of earlier ground in the franchise’s history and the plot is very thin. Humor, once a trademark of the series, is entirely absent in Forsaken. A couple of last-minute twists are added that make very little sense, going against everything that had been established before in the movie. Tony Todd does his best in a limited role, but he’s an extremely underwritten villain with no memorable dialog. The Prophecy: Forsaken is cheap, disposable entertainment that will please no one but devoted horror fans willing to overlook its severe flaws. 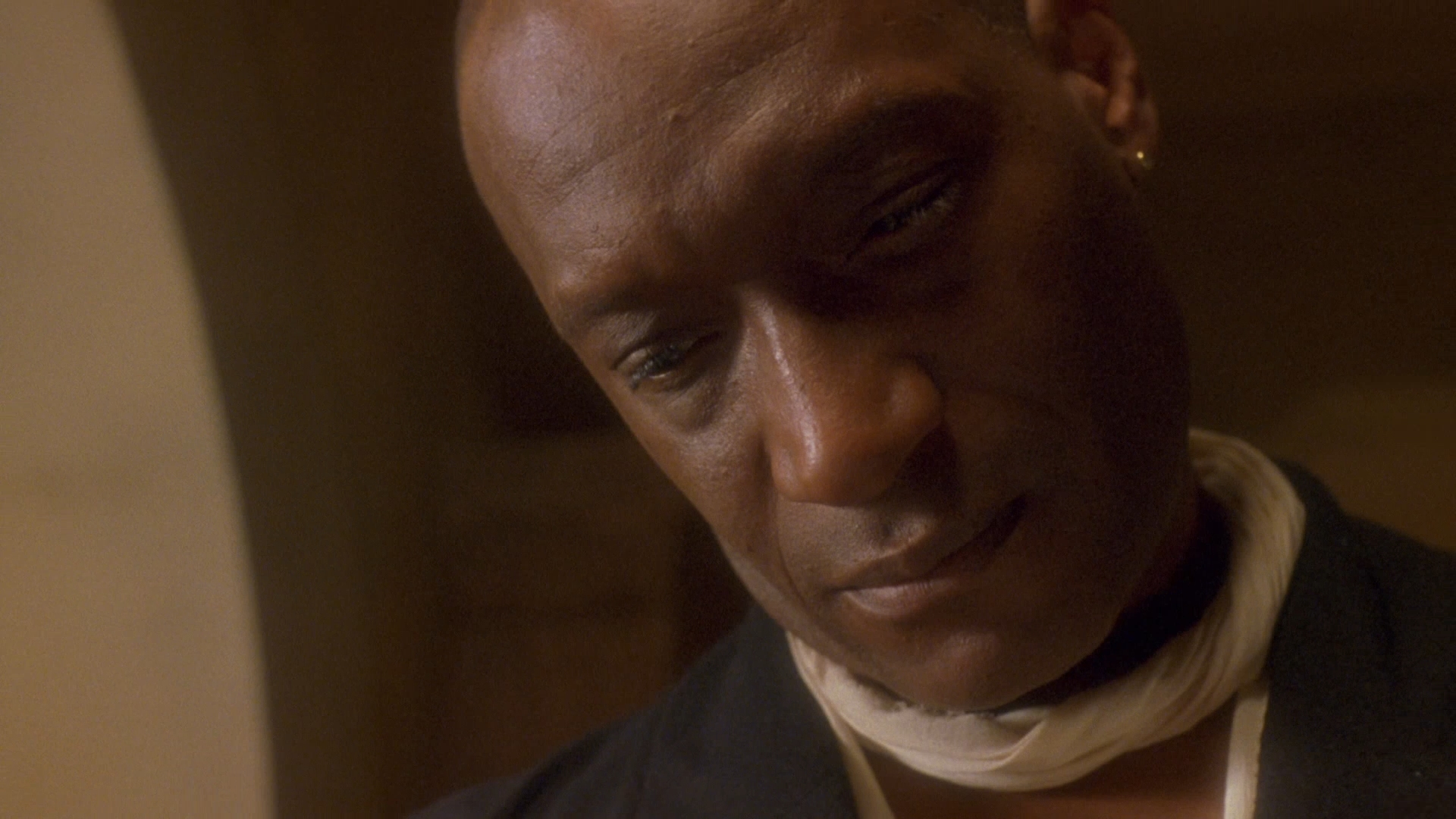 Before the technical specifications are listed, be aware this transfer is likely from a source with no greater resolution than DVD. If there is any resolution above upscaled SD material, it’s quite hard to tell from the soft, blurry picture. Crammed onto a single BD-50 with three other Prophecy films, Forsaken is encoded in AVC at very poor video bitrates that rarely break 10 Mbps.

The 74-minute film is presented in an aspect ratio of 1.78:1 at 1080p, but once again it must be said, it has likely been upscaled from a DVD master. That practice would not be new to Echo Bridge, which has been guilty of throwing any available video they could find on Blu-ray, regardless of the source.

The picture quality is severely lacking, especially for a 2005 production. Some scenes choke with macroblocking artifacts, digital compression blocks swimming in the darker backgrounds. Detail turns to complete mush and occasionally looks worse than a DVD in terms of clarity. The movie was shot on 35mm film, though secondary footage looks much more like 16mm film. That leaves varying levels of grain, from moderate to extremely thick and noisy.

Contrast is poor and the color palette looks dull, leaving much of the film to be obscured in crushed black levels. At least this poor transfer contains no halos, so aliasing and jaggies are not a problem. At first glance no filtering is apparent, but the general lack of resolution and detail might obscure the remnants of that process. Owners of the DVD should not consider this BD an upgrade on any level.

The sole audio option provided by Echo Bridge is a 5.1 DTS-HD MA soundtrack. Surprisingly its quality is better than any other element of this movie or disc, as the sound is fairly robust with a spacious and well-designed surround mix. The musical score is nicely integrated into the drama and the action, spread across the front channels.

A number of audio cues come from the surround channels in the rear, immersing the listener in the heat of the moment. Gun shots come through nice and crisp, with an assist from the LFE channel supplying the bass.

There are no subtitle options provided on this disc. The sound design is not going to excite veteran audiophiles, but does its job very well for a low-budget production made in Eastern Europe.

Echo Bridge has failed to provide any extra features for The Prophecy: Forsaken, discounting the presence of the three other movies in this multi-pack.