By this point in the franchise, the original concept behind Prophecy is starting to wear thin. Stripped of any talent in front of the camera from prior efforts, notably its most famous star in Christopher Walken, The Prophecy: Uprising is a soft reboot where the locale and focus shift entirely to Bucharest, Romania. Sure, angels are still vaguely involved in some ongoing war, but the budget has been stripped down for its B-role cast as unrelated elements are introduced into the mythology to save on costs.

Kari Wuhrer is the headline star, as a young woman living in Romania that just so happens to be picked by an unseen angel, Simon, to take care of a mystical book called the Lexicon. The Prophecy: Uprising is a cheap production by Hollywood’s typical standards, and the action and FX are seriously cut down from prior films in the series. Simon, instead of being a physical presence, only shows up as a disembodied voice. We’re told the Lexicon contains a hidden part from the Book of Revelation, and somehow the entire fate of humanity can be controlled if it falls into the wrong hands.

Onto the scene steps Belial, a body-hopping demon that would love nothing more than to steal the Lexicon to take over control of Hell from Lucifer. He’s the obvious villain of the story, but we lose all the witty dialog the main villains had in earlier efforts of the series. Belial kills people quickly and efficiently on his way to tracking down the Lexicon, with hardly any wordplay beyond terse statements. One of the problems is that much of the cast are native Romanians, working in a foreign language that is not their native tongue.

The local police become involved as Belial leaves behind bodies with their hearts ripped out. Dani is a corrupt local detective who meets a very mysterious Interpol agent in the ensuing investigation, calling himself John Riegert. One of the interesting elements in this sequel is the creative use of recent Romanian political history to add depth to an otherwise unremarkable genre film. The movie embraces its location instead of covering it up, which is a nice touch as so many other horror films of recent vintage shifted production to Eastern Europe for budgetary reasons but did everything possible to hide that fact. The story ties together quite nicely in the end, as unexpected connections between the various characters are revealed.

The Prophecy: Uprising is not going to change anyone’s life after watching it, but it’s competent genre entertainment. Kari Wuhrer, queen of direct-to-video fare for a number of years in her prime, gives her usual solid effort as the lead heroine. This production only has very loose ties to the earlier Prophecy movies and introduces new story elements to weave its narrative, but stands on its own without much problem. 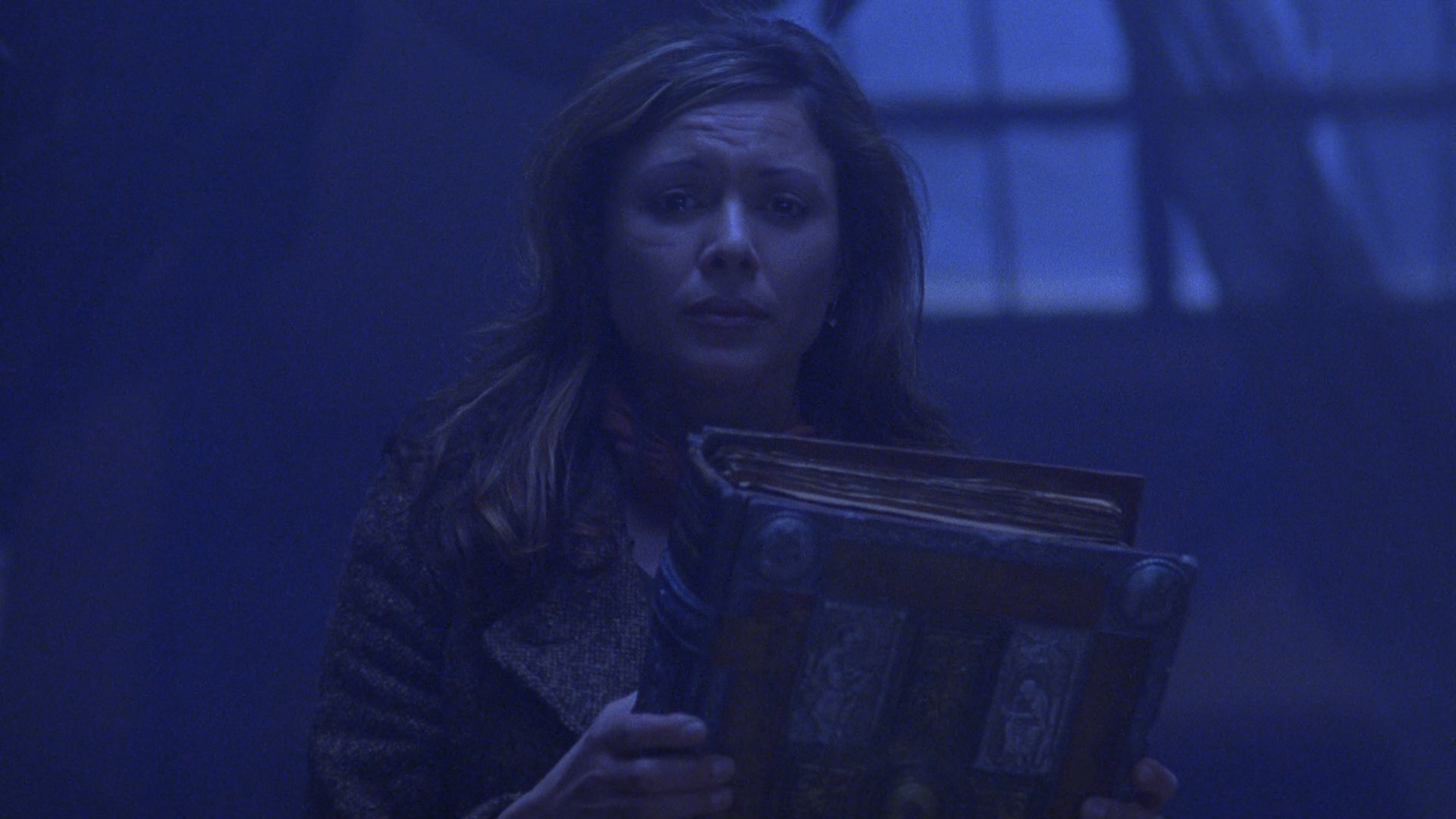 Released in 2005, The Prophecy: Uprising looks better on this multi-pack than prior entries in the franchise. The 87-minute movie is still encoded in AVC at poor bitrates around 10 Mbps, but it appears to have been reproduced better with a much cleaner source. Presented at its intended aspect ratio of 1.78:1, the 1080p image is very acceptable for a modest sequel.

The bitrate budget for the video compression is more generous here than the other movies on the multi-pack, allowing for the first artifact-free viewing experience of the disc. Colors are a tad dull and flat, but contrast is generally solid. A few scenes show problematic black levels, but more often than not it’s the white balance, with slightly blown highlights, that cause concern. Real resolution is okay, though it appears the poor compression parameters has shaved off the highest level of detail.

The film transfer is dated, likely not much younger than the movie itself, though it shows no signs of post-processing like DNR. A pleasing level of grain remains intact and the picture has no halos which might indicate sharpening. Most of the transfers that Echo Bridge has been digging up are so old that most of them missed the era when distributors thought every master needed filtering.

The Prophecy: Uprising is not going to win any videophile awards, but the relatively sharp image represents a significant upgrade over the DVD. It’s in a whole different class for picture quality than the earlier movies in the series, at least as presented on this disc. Its relatively recent date of creation in the HD era seems to have benefited the BD.

For a film that went straight to video, The Prophecy: Uprising has a strong and engaging soundtrack. The only included audio option is a lively 5.1 DTS-HD MA soundtrack. It’s punchy and has several cool uses of the surround channels in select scenes. A subtle and judicious use of the sound mix can add so much to the enjoyment of a horror movie and this low-budget production effectively does that with ease.

The score and dialog are crystal-clear with solid production values. A decent amount of panning and directional cues add ambiance to select scenes. There is a quirk to the audio, this being one of the softer soundtracks on Blu-ray. You will need to turn your audio system up in volume to get the full impact of the spacious 5.1 mix. No subtitles are included.

Echo Bridge has failed to provide any extra features for The Prophecy: Uprising, discounting the presence of the three other movies in this multi-pack.