If we’re about taking vows in the movie industry now, here’s DoBlu’s contribution: to never -ever- watch another Channing Tatum romantic anything again. It’s 50/50 on whether a movie where he blows things up will be considered.

Look, Tatum has his charms. Maybe it’s only to a certain demographic, but the draw isn’t hidden. What is being done with those charms proves irksome. Here’s The Vow, in where peppy Rachel McAdams ends up losing her memory and Tatum becomes the guy who has to fight to get her back. Think 50 First Dates with some level of legitimacy.

Here’s the problem: it’s pandering to the audience. It’s a fanciful fantasy where every woman in the audience can sigh over the thought of Tatum rushing to their side purely for love. There’s nothing harmful in that, just like the guys version is making themselves John McClane and blowing up a jet. Chances are Tatum was in the jet, but whatever.

As romantic junk food, it’s fine, but it is so calculated in how it achieves these goals. McAdams’ on-screen parents are diabolical, written with such impenetrable smugness that even sans memory, not even McAdams should find living with them an attractive proposition. The audience is told to root for her memory, not because of the romance, but because of her disgraceful family and the fact that Tatum is her other option.

There’s no honesty in The Vow, and how it purports to be based on a true story only creates a further roadblock. For the record, in real life, the guy doesn’t look like Channing Tatum. No matter how invested Tatum and McAdams are in their roles, it never connects because everything surrounding them is artificial.

Vow is endlessly repetitious too, unavoidable one can assume in a film where everyone is pestering McAdams to think. One after the other, “that scene” happens, where the mental block becomes too great, forcing the conflict and the inevitable breakdown. It’s all there to ensure that a certain someone comes rushing back into McAdams’ arms as many times as possible, creating market researched emotional highs. Audiences should be smarter than this by now. 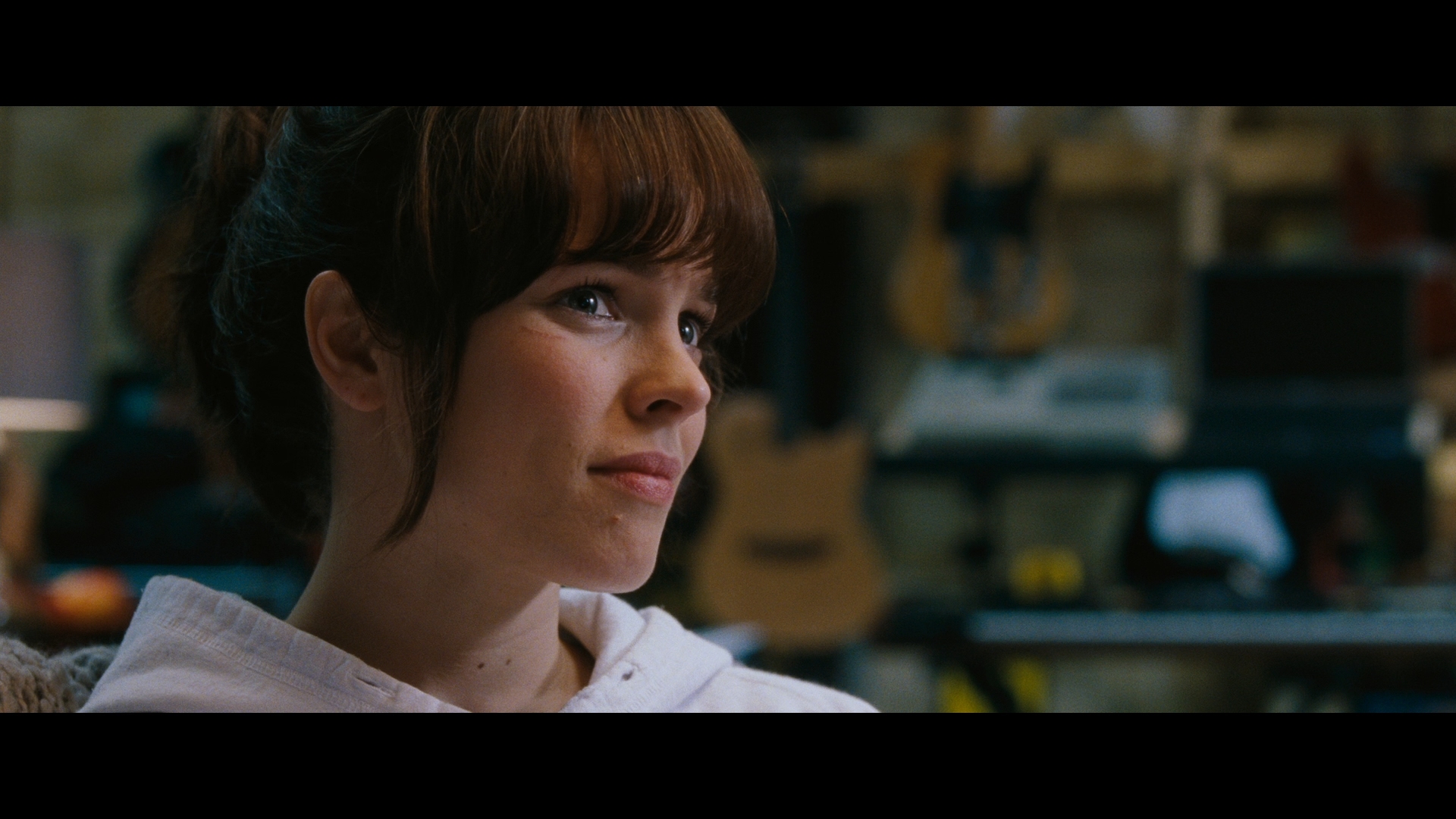 If nothing else, The Vow looks exceptional, fitted with a deep sense of color when it finally escapes the hospital interiors. Those veer drastically towards a dull turquoise that is anything other than appealing. The rest of the film is wholly inviting, friendly on the eyes with accurate flesh tones and elevated primaries. Exteriors of Chicago or other locales are vivid in their color density and serve as a highlight.

The film-based source keeps a sense of depth alive with black levels too, with the odd occasion draining them for a brief moment. Much of The Vow is deep enough to keep the images vibrantly popping from the frame. A pleasing, unobtrusive contrast works in much the same way, livening up environments with brightness to coordinate with the precise blacks.

Leveling up the piece further is a layer of dominating texture that sticks firmly to its guns without letting up. An odd focal decision may lead the film astray, but it’s nothing that can be harped on with regards to the encode. Close-ups are firm and pleasing, rife with the type of detail such a brilliantly sharp new release should be capable of.

With only a handful of exceptions, the grain structure is resolved without fault. So miniscule, it’s hard to even notice for most of the movie. It layers The Vow enough to keep it pure, and disappears into the backgrounds where the AVC encode can hold its own. This one never stops looking like film.

In terms of audio content, The Vow runs out of gas in its opening scene, a slow motion car accident with a brutally powerful burst of LFE action. It’s not just one jolt either, but multiples from the initial impact, the car hitting a pole, and McAdams smashing through the windshield. This one makes itself known.

The rest is left up to the city and social gatherings. Chicago is given a vivid aural atmosphere, where elevated trains are a constant presence along with general city sounds. There’s even the sense that wind is always swirling. The design is livelier than the expectation.

Parties or clubs are intense with their mixing too, music at the forefront before pushing around into the surrounds to take up residence there. If a song becomes the focus, the rears are not wasted, swelling to envelope the soundstage. Good stuff.

Director Michael Sucsy delivers a solo commentary for this outing, followed in the bonus features by four deleted scenes. Til Death Do They Part is an eight minute making-of, passable on its best day. Profiles of Love discusses the two leads and their character relationships. Trying to Remember is a featurette detailing the medical condition that caused McAdams’ memory loss. A gag reel is the best thing here, with trailers “trailing” behind.