Haywire is a well structured jumping point for an action career, at its heart a general betrayal story, mixed with enough characters and backstabbing to blindside someone expecting straight brawling. With Steven Soderbergh at the helm, Haywire becomes fresh, even if its weaving tale will stall excitement in some.

Action scenes linger, appreciating what is being put in front of the lens. Camera accentuation is not needed. There’s no music either, ditching the obnoxious techno thumpings or driving orchestration to sell fleshy sounding punches or crunching bone. Haywire literally jumps into the fray, producing a diner conversation that explodes into close quarters fury. The reality of it all is jarring, uncomfortable, and heartless.

Comedy can be both intentional and unintentional, the randomness of Corano’s journey ludicrous as a chase sequence abruptly ends with a deer smashing through a car window. Her ability to “Batman” or “Rambo” opposition is unequaled, even to those fantasy characters. Her freshman acting voyage can be none too friendly to the script either.

Still, Haywire doesn’t breed expectation. Chases, shot with lingering edits to accentuate tension, shouldn’t end with a deer. Action film etiquette leads to wrecked vehicles and explosions, the latter of which this film has none of. Corano is never spotted in slow motion walking from her work.

Backed with a ’60s era score that flavors and adds to the unique vibe, Haywire is better than it has any right to be. It’s the type of paced, visually enticing work that cannot be sold with a trailer, no matter how much marketing loves showing Corano kicking someone through glass. Haywire has plenty of that, plus definitive sex appeal, to sell itself on more than a single kick. 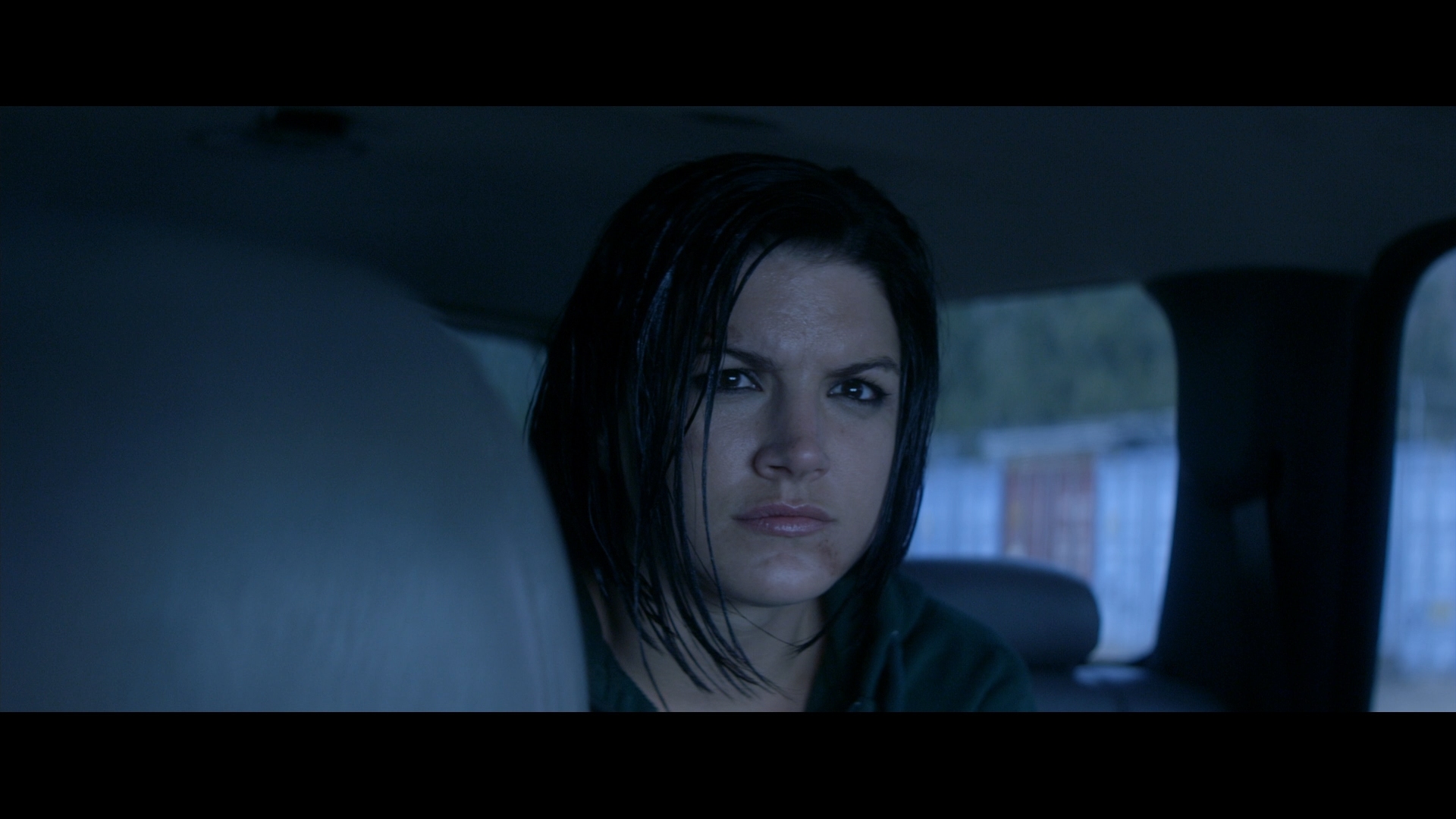 Nothing about Soderbergh’s body of work can be considered consistent. You can tell his film’s from others within minutes, the director’s penchant for oddball color timing and wavering visual focus a hallmark. Expecting something else is like expecting J.J. Abrams to avoid using lens flares. That also means discussions and debate are anything but boring, a refreshing change of pace from the norm.

Take for instance Haywire’s shifting palettes. Opening on natural hues with overbearing contrast, the piece shifts into yellowed indoor rooms, taking a turn to dim itself on overcast streets. Night is stricken with a case of the blues (sorry), and warmth is ballooned if the lighting could remotely call for it. Considering flesh tones would mean there were any to begin with. The piece is so shaky in its style that skin is forced to take on the palette of the scene.

There’s an over zealousness to the black levels, which while consistently black for a digitally captured movie, tend wipe clean the shadows. A bedroom romance with Corano and Tatum proves blackened beyond recovery. Later, it makes sense for silhouettes, selling the lighting scheme as Michael Douglas enters into her career path. Blacks take on an importance once the contrast settles down post-opening scene.

Varieties of lenses create divergent effects, from those that cloud outer edges to those that rope in the high fidelity as if it’s nothing. Focus is toyed with as often as the color timing. There’s still a hi-def appeal to be had, high points of sharpness and definition certainly striking. Intense eyes can determine intense focus that broadens the scope of the detail. Even if it’s not conforming to the traditional senses of Blu-ray sources, it’s visually arresting in other ways. The shifting styles overcome minor instances of noise as Haywire forces the viewer to be involved stylistically.

Factoid: Gina Corano’s voice was deepened in post. The end result is that nearly all of her lines sound out of place, pushing away from the environment, say the interior of a car, and speaking more in line with a studio dub. The effect to those sensitive can be off-putting.

Haywire otherwise uses sparse audio cues. Most of the brawling is meant to carry a symbiotic relationship with the visuals, namely a lack of punchy bass to accentuate things. Blows are inherently treble happy, giving them a piercing quality. The change from thundering lumps is appreciated.

The DTS-HD track will have moments though, say the police cars speeding onto the scene about halfway through the movie. They sound as if they’re directly outside your home, almost too real. A shootout will capture pops of bullets, but avoid the temptation to carry them through to the surrounds for artificial pings. It gives the shooters a quality of accuracy, not random firing. That’s a great design concept.

Limping out of the box office, Lionsgate doesn’t do much for the home video release. Gina Corano in Training details her career (including her first pro fight in full) and Soderbergh’s interest in the project with her at the helm. The Men of Haywire focuses on the rest of the cast. Together, you’re viewing around 22-minutes of content in all.