That’s all you need to experience the full breadth of content offered by the miserable, wandering Seven Below, a film that sends people to bed more times in 90-minutes than most will check in for their lifetime. Half of the feature feels filled with, “What’s that?” moments, wherein a character is spooked about whether or not anyone is near them, yet finds the need to question the events out loud.

Maybe they have a reason to be scared, Ving Rhames purposefully kooky as a home owner who takes in a group of vacationers sidelined by a car accident. Early on, Rhames is offended as the small cast accuses Rhames of cutting cords in his own vehicle. Maybe they wouldn’t be so accusatory if he wasn’t so blatant about being a creep.

Direct-to-video superstar Luke Goss heads up the intrepid vacation types, choppily delivering arid dialogue of little consequence. Everyone considers their limited options, this sans phone, vehicles, or cooperative weather before playing the blame game. Distrust is dropped as an option even as a suspected killer is in their ranks, separating to avoid the strength in numbers concept. Most of the time, they somehow end up in bed.

Something incoherent about being stuck in a time warp or destiny or fate or the realm of undead is underlying the script, clearly a set up for the bogus ending that betrays whatever the concept was supposed to be. In all the time spent sitting on couches, setting up fireplaces, or going to bed, hardly a lick of it is spent laying out the concept.

Spurts of ghostly apparitions detail the home’s prior occupants, pushing Below lightly into the killer kid genre. All of that is meant to tie into the modern day events, although how is anyone’s guess. The little boy with the exaggerated eye shadow somehow becomes an uber-hot female in his latest life, so even if he’s a killer, he still wins in the end. It’s a shame the audience doesn’t. 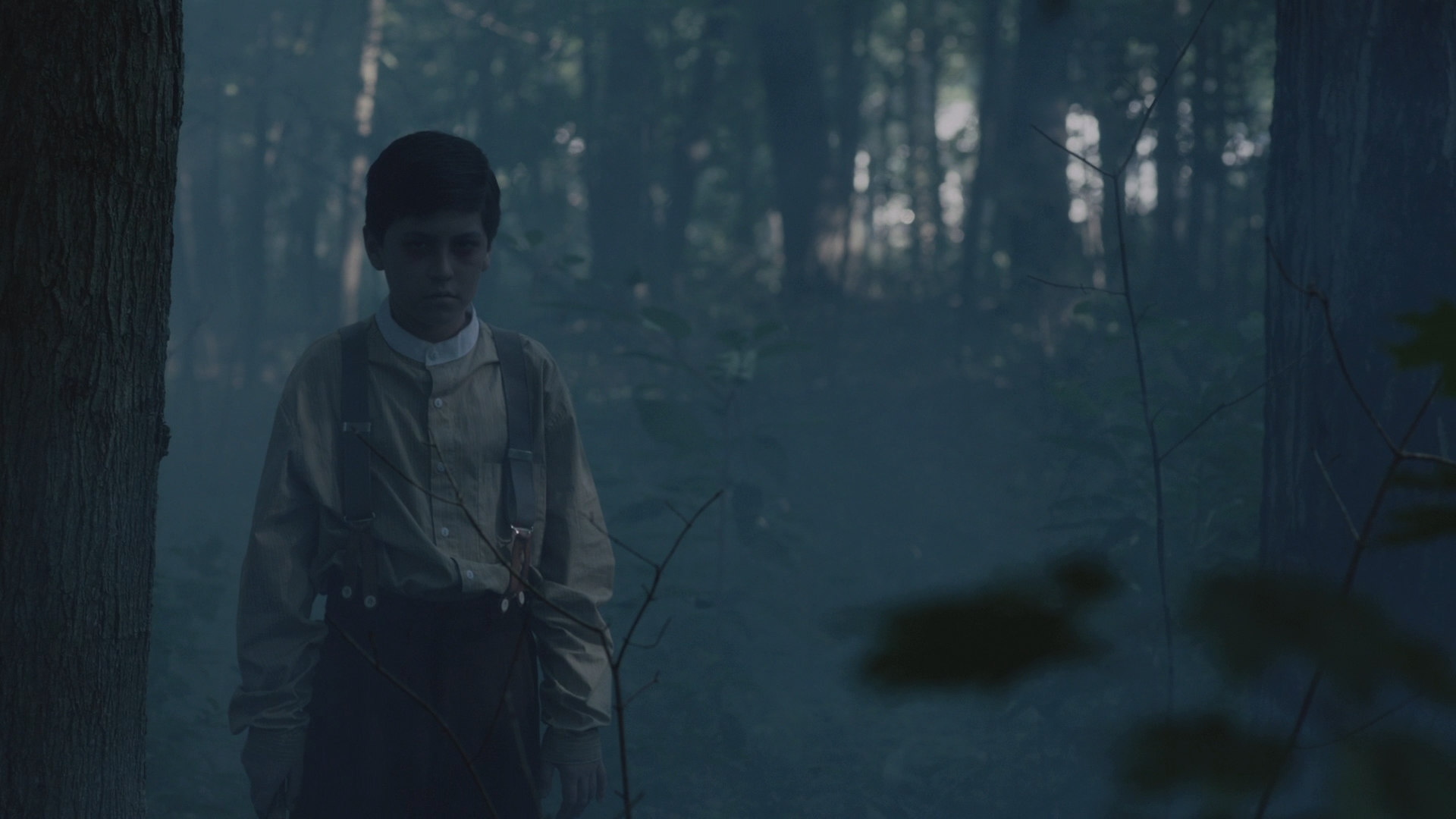 The home that becomes central to the framing of the film has undergone few renovations in the 100 or so years of its existence, obvious with the lack of lighting. Electricity is uncommon, the reliance on gas lamps a comical attempt to set the mood, although what they’re doing is destroying the depth of the piece. Chosen digital cameras are unable to cope with the amount of darkness being thrown at them, draining the black levels of energy and the images of life.

Sucking the saturation from the intermediate phase doesn’t help either, Seven Below tiresome with the oppressive palette. Coupled with those black levels, most of the piece seems to exist in a gray scale. That’s not adding to the horror so much as it is the boredom.

Credit is due for forcing out some extensive fine detail from these bland images, even those framed tighter than they should be. Close-ups are pleasing, resolving facial detail on every character and making a handful of daylight exteriors pop. Clarity also hinders the clearly false props, including a newspaper that looks fresh off the printer, but is supposed to be 100 years old.

Technical flubs will prove bothersome, although nothing is consistent. Flicker on the shutters during the home’s grand reveal is never seen again, and banding makes an extensive appears during a foggy forest walk, nowhere else. Light noise is sprayed on interior walls, further marred by compression that can be visible.

Thunder makes a constant rally cry in the background, the sole ambiance afforded to this loosely categorized horror dud. Nature’s wrath will hammer the subwoofer enough to feel noticed, which goes for indoor or outdoor scenes. Opening credits are afforded a pleasing whip-around effect too, an opening shot to remind people this is a full 5.1 mix.

Dialogue avoids consistent fidelity, producing a share of ups and downs that moves from clarity to a static mess. There is no attempt to toy with the environment, dialogue the same outside as it is inside the barren home. If nothing else, the balance is there, elements playing nice together.

One bonus feature: a trailer.