Everything wrong with Beneath the Darkness can be traced -with a straight line mind you- across every frame. That line leads to a bold, blinking neon sign that reads Dennis Quaid’s name.

It’s not his fault, at least it doesn’t appear to be. Quaid is a capable mid-range actor, certainly able to slip in for a leading man as needed. Here, it feels like direction, or the script went from point A to point B midway through without telling him.

Quaid plays a mortician, a decidedly creepy one too, whereas no one with ears or eyes would ever consider him sane. Now picture that character in a horror comedy, where he dances with his perfectly preserved dead wife at night, tortures the local high school populace, and buries people alive. Beneath the Darkness takes it all seriously, and that’s where the character flounders with misdirection.

On its own, maybe it works. Quaid plays alongside dead bodies better than he does the live ones. It’s as if the character responds naturally to those with no voice. Add in a routine selection of teenagers written by someone who hasn’t been around a high school in a while, and suddenly the credibility is spit on. Maybe part of that has to do with introducing the potential for supernatural material then dropping it because it never once is deemed necessary in the narrative.

Even if Quaid pulled it in for something a little quieter and reserved, the scripting sails into the unknown. This Texas town is obsessed with death, so much so that the teenagers even chat about deceased siblings during their free time. How exciting their lives must be. It’s not as if the dialogue is contained between friends. After all, they could be uber-goth or something. No, even hospital faculty, teachers, and parents ramble incoherently, forcing the pacing to trail behind them before dribbling into the darkness. Sadly, the movie itself doesn’t follow.

The title, it is assumed, refers to being buried alive, yet it’s not as if it has any direct connotation. For all the casual movie goer knows, it’s about sitting behind someone in their shadow. It definitely qualifies as being beneath darkness. That one could go to the marketing team, even if this finger pointing can get old. 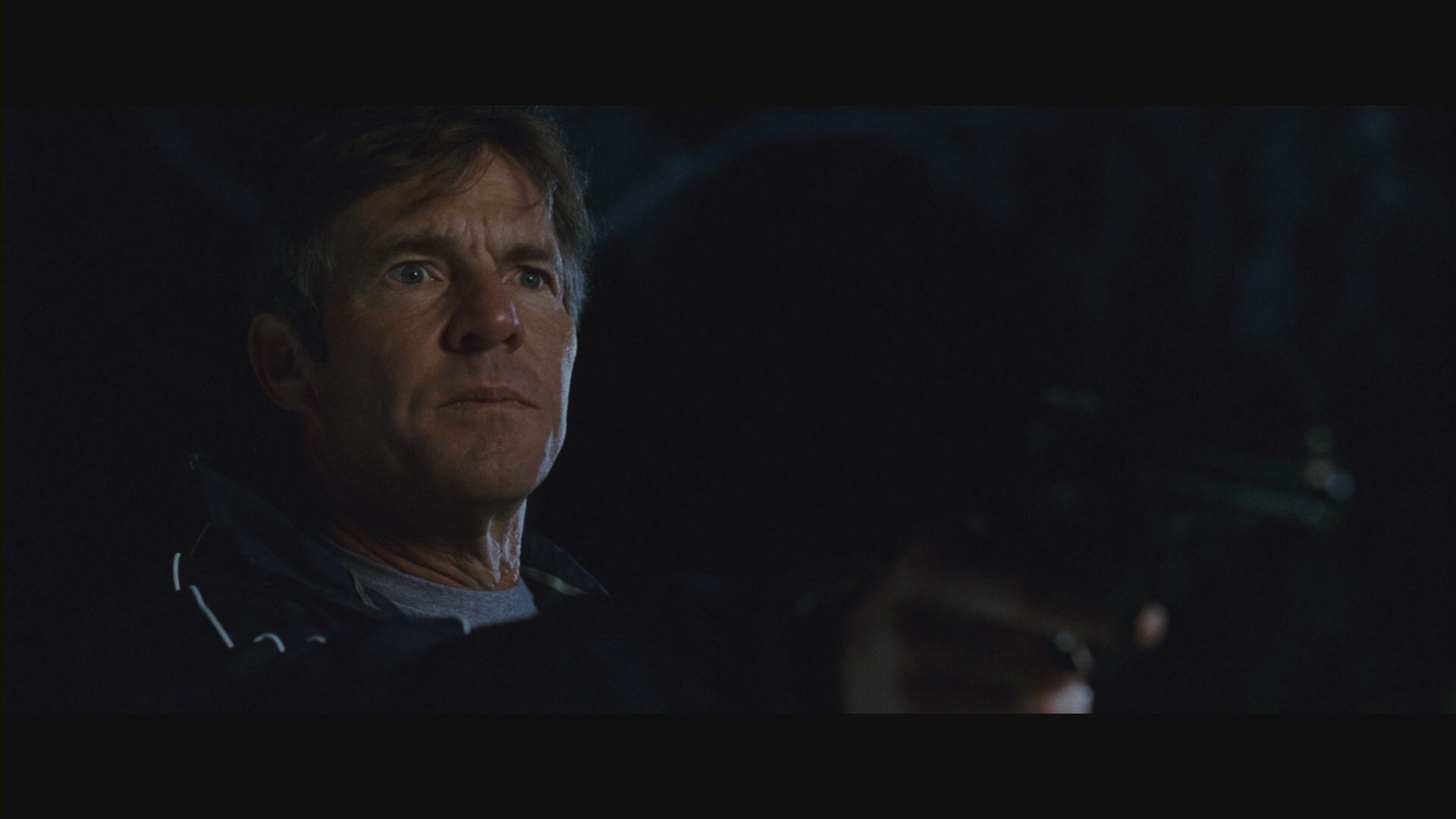 Image makes a clear mistake when pushing the film to Blu-ray, incorrectly setting the black levels incorrectly and washing out, ironically, the darkness. No one here is beneath the darkness so much as they are situated behind the lightly off-hued black levels. That’s far more terrifying.

Backed by a hearty contrast in the daylight, everything seems passable. It’s difficult to precisely locate the problem. When the sun sets, it’s probably time to check your calibration, but the end result will show the problem isn’t on your end. Blacks are lifeless and flat, not to mention dabbed in a light blue glaze.

Other elements are fair, the marginal grain structure propping itself up on a rare occasion. The encode tends to have a hold on the material, sans a few noisy backdrops. The clean compression ensures a steady stream of pleasing, crisp definition. Close-ups are resolved with consistency, those brightly lit shots of Quaid primed for facial detail. A handful of exteriors shine too, trees and other foliage rendered to perfection.

Dampened is the color palette, faded for effect. Flesh tones are light and primaries are held back from their brightest point. Darkness appears cold, chilled a little which for a movie that follows a mortician, feels right. There are moments of life, while the piece sticks to the intentional drab hues that suit the horror motif.

The stand out audio aspect isn’t a positive. Instead, it’s the dialogue which feels mixed a few decibels lower than it should have been. This is the type of disc you bump up a few notched higher to compensate, only to be shocked when the mix hits full power.

That peak comes during some flashback/dream sequences. They’re part of the ghost subplot that doesn’t serve a purpose, one coming quickly past the credits, the next one around the hour mark. Bass is heavy, deep, and tight, all of the qualities you want from a Blu-ray, yet delivered with too much aggression. It’s not so much fear from the film so much as it is the eventual reaction from neighbors.

Darkness holds the center for most of the runtime, seeping out into the rears for a brief football game and a pleasingly spacious parade. The drums and growing crowd create a growing atmosphere, not merely one that is suddenly there. That’s about it for this DTS-HD mix though, a dry, dull aural experience that rarely finds a need to play audio tricks.

Aside from a trailer, Darkness features a two and a half minutes of behind-the-scenes, fly-on-the-wall video, which is how more featurettes should be done. Here, there’s barely enough of it to go around.