Christopher Guest deserved a shot at Big Year, the idea of competitive bird watching too rich for a typical, straight-laced comedy. A mockumentary would let these people thrive, treating their real life scenarios almost as a joke, but instead, it’s forced into the script for some emotional weight.

Just the core idea, that people would be willing to spend thousands -if not tens of thousands- to scour the country for an entire year seeking birds for an honor system-based competition is priceless. For the record however, it is a real thing amongst birdwatchers, although one of those hobbies where you need to be able to laugh at yourself a little.

With a rich cast made up from a trio of comedic names, Big Year does find a groove, pushed forward with an inviting, warm soundtrack and quirky side characters. In the world of Big Year, there are celebrities, Kenny Bostick (Owen Wilson) garnering fame to the level that kids want his autograph. It’s impressive they would even recognize him.

That’s the framing of the film though, a world where nothing matters other than seeking a record setting 732 birds in one year. Despite family, wives, grand kids, and jobs, these intrepid bird explorers are willing to sacrifice all, until the necessary character arcs come into play in the third act. Big Year will have already hit a bit of a repetitious bump, sagging a bit at its center, nearly dying out as marital troubles takes center stage.

Maybe the book, authored by Mark Obmascik, handles it better. After all, Big Year is sourced from reality, a 1998 event that treks nearly 300,000 miles. The film difference is one of reality, where the adaptation sets a tone of comedic saturation that never seems ready to handle the heavier material.

It’s a shame too because Big Year has laughs; put Steve Martin, Jack Black, and Owen Wilson together in anything and you’ll be guaranteed some positive results. They play off each other well, and their disagreements enjoyably goofy. There’s plenty of positive pep between them, if not enough to keep this one afloat through its needlessly dramatic interludes. 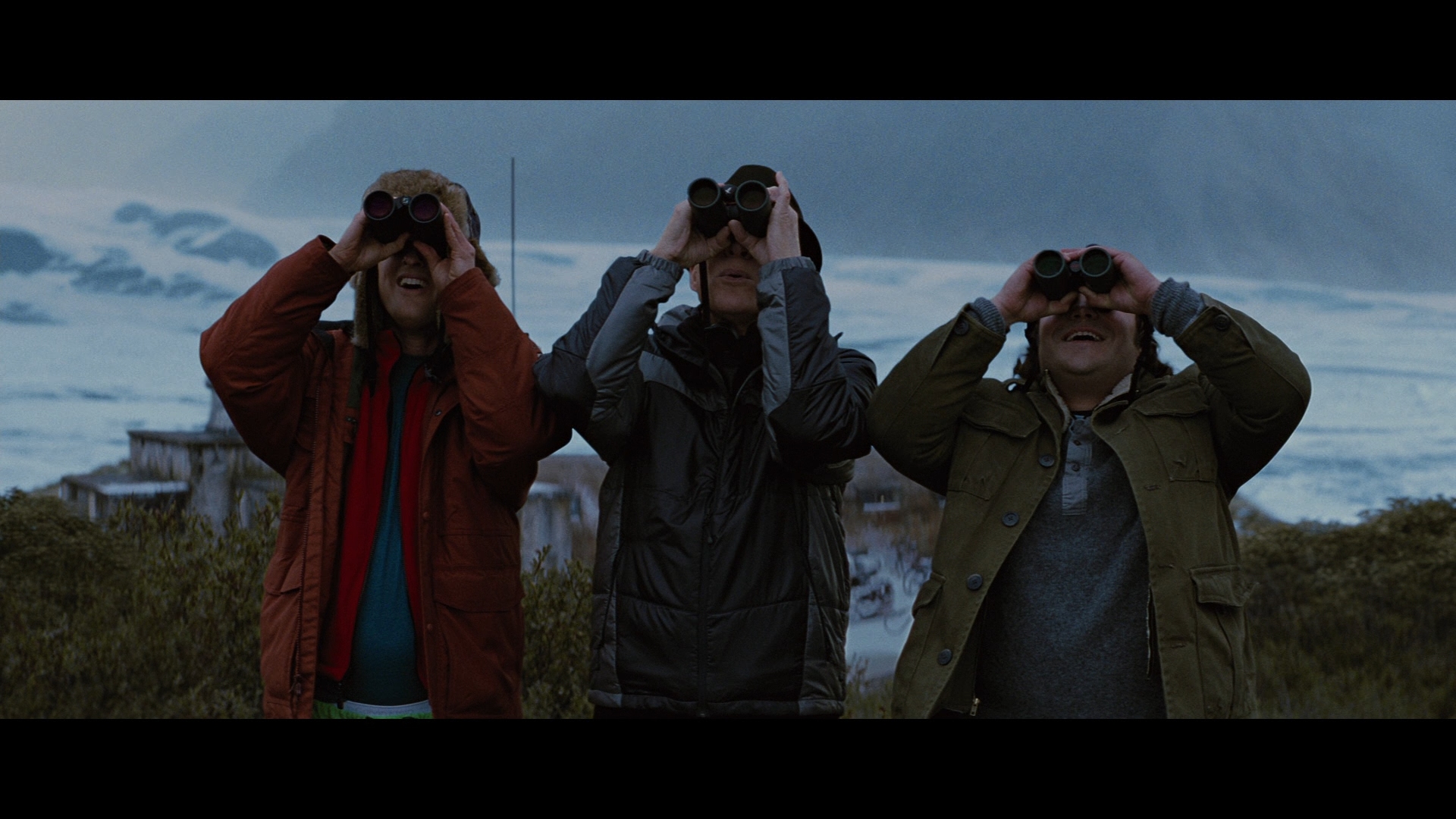 Fox lets the ball drop on this one, producing a detailed enough encode that it could pass for something that on paper, sounds great. With so many shots of actors looking through binoculars and the camera eagerly seeking those intensely focused eyes, Big Year is loaded with perfectly rendered close-ups. Facial detail is firm, tight, and consistent. Anything and everything is resolved with a sense of focus and purity.

Unfortunately, the camera pulls back, meant to let the screen soak up the Canadian photography and hearty landscapes. That’s where this encode clearly doesn’t play nice. Fox has lightly sharpened this one, resulting in such minor halos, they’re easy to miss. The end results however, are not. Flicker is in abundance here, camera pans riddled with unstable objects. Aliasing catches on small, fine lines. Complex designs on shirts flicker endlessly as the actor moves around.

Core elements, including heartily warmed up flesh tones, are in the tradition of all current comedies, certainly unoriginal if still appealing. Big Year’s first 20-minutes are overloaded with unbearable black crush, home interiors apparently lacking basic fixtures or someone was trying to create depth where there was none. Once the film breaks free and enjoys the great outdoors, contrast and black levels begin to play nice. Were it not for the subtle tampering, the cinematography would shine.

Of course a bird watching movie pushes unimaginable amounts of bird calls into the surrounds and stereos. During concentrated flocking (?), thousands of migratory birds slip into the soundfield for an effective piece of design. There’s also the song elements, a breezy, good natured score that feels a little elevated to really pour from the stereos and whip back into the surrounds for good measure.

Nothing else is all that prominent in this DTS-HD mix, as if it could be. Dialogue is nicely rendered and tightly presented. It fits into the balance and stays strictly in the center channel.

This review is based on a rental copy without extras. Fox’s history with screeners is not kind, and the DRM scheme also made screen shots a nightmare. Any visible errant artifacts are only due to the copy protection.