Moneyball is the example of how sports movies should be made. It strays from the game it portrays, using it as a book-end, and when needed, a beautiful visual metaphor. Cinematographer Wally Pfister wastes no chance to portray the game with the utmost glamor and visual acuity. Baseball under the lens of a film camera has never looked better.

In fact, it’s never looked better in the back rooms either, from the locker rooms to the front offices, which is where Moneyball soaks up most of its running time. It pulls the sports movie out of its comfort zone, treating the 2002 Oakland A’s and their dramatic 20-game win streak as a sort of background event. Why? That’s how Billy Beane (Brad Pitt) saw most of it.

This is compelling characterization, wrapped up in natural flowing dialogue and brutal meetings with scouts who push hard when asked to deviate from baseball norms. The sport isn’t meant for change, or so goes the tradition, but Beane’s legacy is based on change. He sees it, his statistical genius scout sees it, and no one else does.

Moneyball portrays frustration without so much as showing a game clip, those tense meetings with a coach hardened in his ways, or meetings with players when the stat lines don’t add up. The film thrives on those. What’s impressive is how little Moneyball needs the game, finding it better suited fed through its weaving characters than to deliver a three-strike out visually.

There’s purpose to the title too, offering little reason to appreciate the sport so much as the money that flows through it. With meager financial offerings, The A’s deal with what they’re given, battling against a stingy owner and what many see as cut-rate, aging ballplayers.

Sure, Moneyball is a kinda/sorta sports movie with a team that shouldn’t succeed on scraps. That’s the core after all, and Hollywood would never have come knocking if the formula didn’t equate to familiarity. It’s how the film handles it though, shuffling the cards to push away from its players, settling into a comfortable, dramatic zone with those guys who remain unseen. Thanks Moneyball for doing something different. 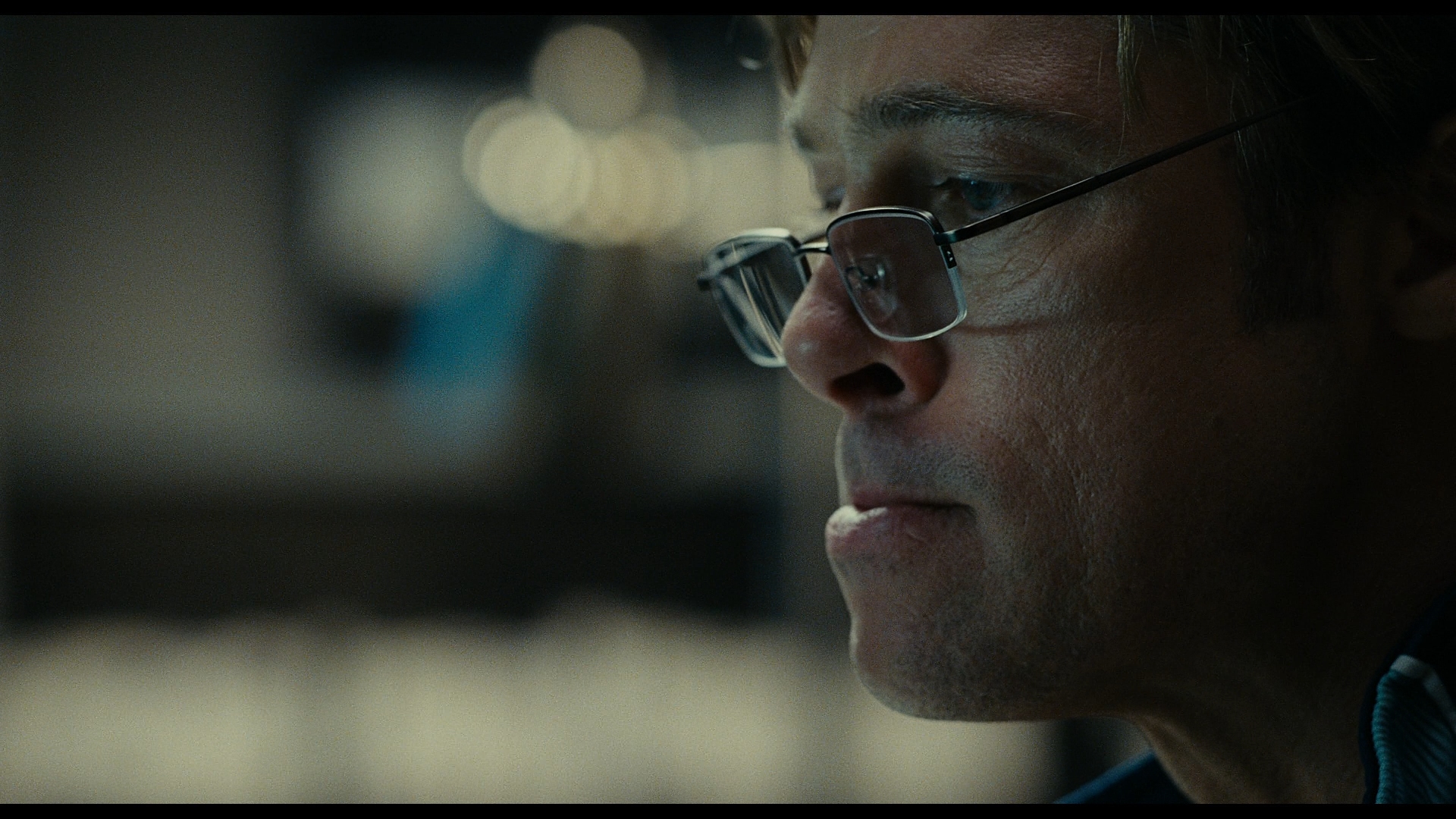 MoneyBall is, at times, exquisitely textured. There’s a ton of life in these images, with tense, focused close-ups of Brad Pitt resolving every ounce of possible definition. Stadium views are spectacular when culled from actual film footage (not from the plethora of tape-based game clips). Photography can glisten when within the hold of this encode.

Sony though, rarely known for their missteps (even less so when it comes to new releases) bomb this one. Who knows where this went wrong, the encode hovering just under 25 Mbps which should be more than sufficient. This isn’t a format that brings numbers into the fold though, just results, and the results here are remarkably poor.

Something is horrendously wrong with the grain structure for one, swallowing background images whole as it savagely attacks what should be a normal, lightly layered image. Noise is so dominant, Moneyball looks like it was captured on the worst digital camera on the planet during some of these interiors, and there’s no excuse. The format has progressed past MPEG-2, which is exactly what this looks like. AVC standard this is not.

Signs of tampering are all over the place, from an edgy appearance on contrasting lines to a barrage of flicker or aliasing on precision pieces. Air vents inside offices glisten and break-up, calling attention to themselves during dramatic scenes. Guitar strings during a heart warming father/daughter moment fail at remaining solid objects.

Other elements are firm, the black levels for example keeping a typically deep, rich hold on the material. That is sans a few shots that lose their intensity. Sharpness, despite that lightly artificial vibe, is on equal ground with the blacks, an across the board success. All of that just seems crushed under the weight of a disappointing, lackluster conversion to Blu-ray. Moneyball deserved better.

Sound mixing works in tandem for the sake of the story, producing an energy and a vibrancy on opening day as that stadium noise spreads wide across the soundfield. Bats snap into the surrounds with a vicious echo when contact is made, and the crowd erupts too. It creates a sense of place and space, moving the film from those closed off interiors and into a spacious outdoor environment.

Moneyball’s sound design doesn’t require much beyond that, but it picks up when it needs to. Airports are lively with their ambiance, and the locker room generates a pleasing atmosphere dependent on emotional highs. An almost hidden score will reach deep to hit the LFE with a little something, if only to acknowledge the subwoofer is actually working. It’s a fun listen for a talk-heavy drama.

Brad Pitt’s laughing fit is the first bonus, a blooper during a scene the actor simply cannot push through. Three deleted scenes send themselves past a dozen minutes, followed by Billy Beane: Reinventing the Game. Yes, it’s about Beane’s contributions to the sport. Drafting the Team is all casting, and Moneyball: Playing the Game focuses on the photography.

Adapting Moneyball focuses on the transition to film from the book, and just to note, these are lengthy, in-depth featurettes. Combined, these run into the hour mark. Trailers and BD-Live access are wandering around on the disc too.