Into the remake debate we enter as Sam Peckinpah’s Straw Dogs is closely remade with just a dose of flash. What really matters? Accuracy? Respect? Tension?

It’s too complex and too convoluted to debate at length, because sides bicker and no one looks at the end product. Director Rod Lurie steps on some well worn toes with mixed results, namely James Marsden who is simply built as a fragile flower, too much so. He can’t climb a ladder, struggles with steps, and can’t even seem to put his shoes on.

It’s a shame the opposing side is so forcefully constructed, as the other end, a tale of rape, revenge, and man at his ugliest, is told fluidly. It’s brooding, dark, and tense, building towards something truly horrific. It’s the worst tourist video for the deep south, well, ever probably.

There’s always that weird uneasiness and an increasingly worn tension between the two leads. Kate Bosworth plays off Marsden with both interest and rejection, a marriage depicted with enough flirtatious behavior to work, and plenty of growing, unspoken spite. It only serves to make the interactions with the local populace, and their roofers, more tumultuous.

At times, Straw Dogs may reach with a little too much haste, establishing a miserable, drunken high school football coach (James Woods) with as much subtlety as when Darth Vader blew up a planet. Searing looks and awkward stares go along way, certainly more so than a bar brawl depicted as normalcy. 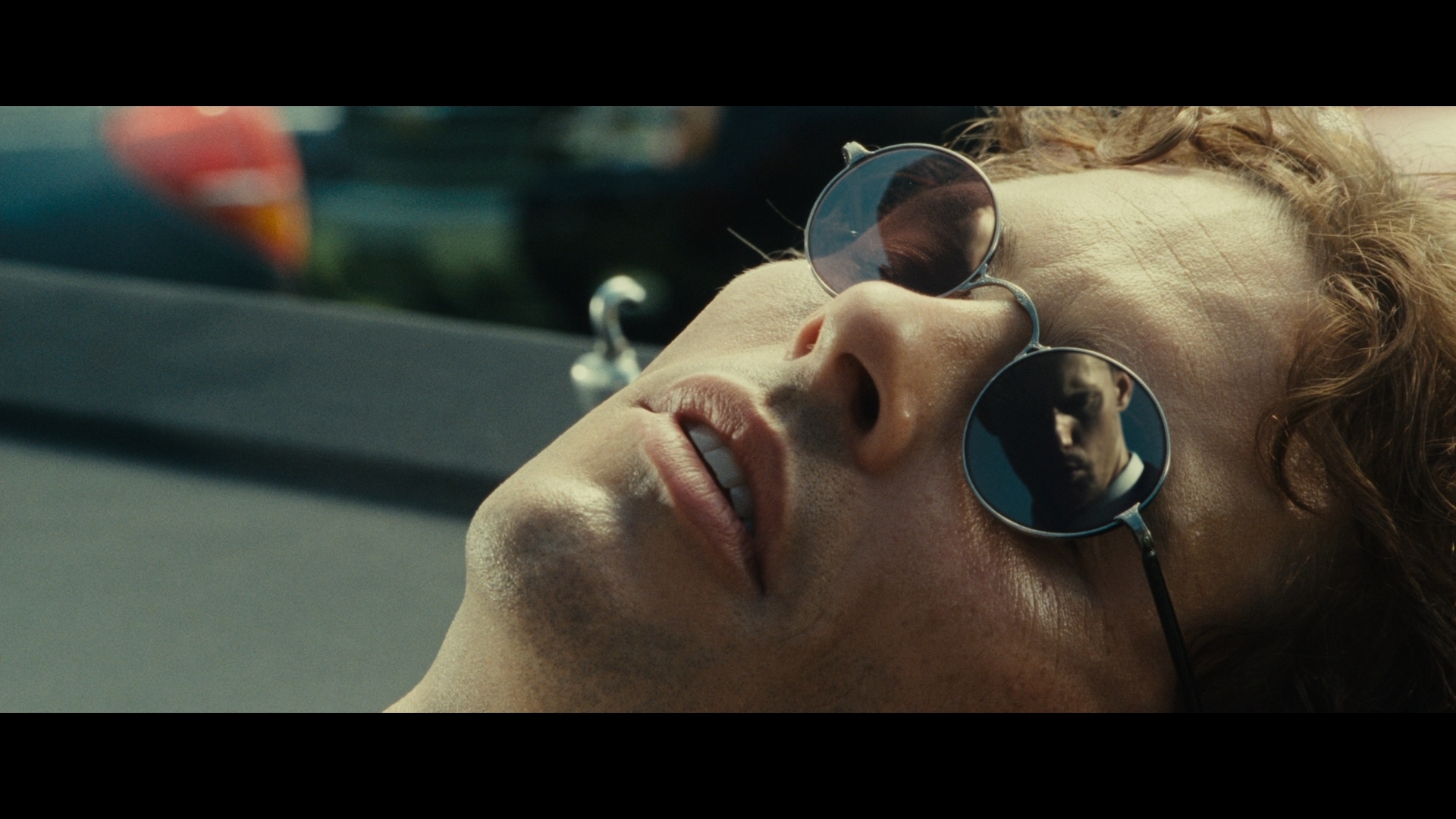 There are clear moments where cinematographer Alik Sakharov and director Rod Lurie want that look of an aging, ’70s film stock. Mostly, it’s during the finale, where Straw Dogs visually offers the most to discuss. All of the life gets sucked out the image, the nighttime sky pale and interiors are dimmed with grays. Black levels are forgotten, and the grain structure suddenly leaps into action for added grit.

Straw Dogs is rarely pretty, even when soaking up that lush Louisiana wetland. The summer home in exteriors is always a little soft, as is much of the photography. Clarity is at a premium, and as such, so is detail. Clearly, the film is never meant to dazzle with its modern visuals, even if the digital aids available do give it some gloss, leaving the Blu-ray a little on the cold side.

Color saturation is pushed without too much heft, just enough to flush the flesh tones and make the greenery shine. Straw Dogs pales out for dramatic effect, fog sinking into a hunting trip and dimming a coarse rape sequence. Things return to their saturated highs not long after before crashing down for that final act.

Sony’s AVC encode is more than effective even when the grain begins to wash over the image so mercilessly in the end. Otherwise, it stays out of the picture like good compression should, keeping a mild grain structure intact and image integrity at its peak. You can say this one is all over the place; you wouldn’t be wrong. However, there’s a distinct look that’s appreciated and captured. That’s easy to spot.

The DTS-HD mix here has a little bit of a balance issue, gunfire resoundingly powerful compared to the quaint, almost deadened dialogue. Given how few of them are here, each shotgun round is fired with force, echoing into the rears and the open air. The effect is startling and unsettling, and there’s a chance it’s meant to be.

Straw Dogs loves quiet, turning it into a plot point so noise becomes the disruption. The wildlife can be prominent, birds and such singing into the rears. Music also plays a defining role, utilizing the surrounds for back-up while smooth vocals pour from the center.

When all hell breaks loose, the mix can shed its shell for something truly aggressive, including explosions, sprouting flames, and trucks ramming the house. Bass is slightly neglected -one would suspect a concrete house to hate the truck a little more- but the impact is hardly lost. It’s sheer chaos, from people screaming to brawling down stairs. Activity is in a state of flurried haste, and the mix keeps up.

Writer/director Rod Lurie provides a solo commentary for the home video release’s first bonus, followed by the featurette Courting Controversy. That discusses changes and the difference in approach for this remake as opposed to the original. The Dynamics of Power runs through the cast and their roles. Inside the Siege dissects the finale and the complexity of shooting it, and Creating the Summer Home focuses on production design. It’s all about 25-minutes total. Sony’s usual slate of BD-Live and trailers remain.