If there were any doubts as to Emma Stone’s abilities, the young actress spearheading a career on mild comedy, The Help solidifies her talent. It doesn’t hurt that she is surrounded by veterans, each pushing a narrative that will ruin your day as often as it will brighten it. There are cheers for sweet revenge, tears for the audacity of these privileged southern homeowners, and a feeling that someone stood up for what they had to.

You can call it manipulative. It’s no secret The Help knows when to swell that majestic score or zoom on a tear. It doesn’t even need it, the powerful material standing on its own as it’s translated from the page. Even at 150-minutes, The Help needs to skip along, leaving some specific developments in terms of a relationship between Skeeter (Stone) and husband Stuart (Chris Lowell) limping along until the plot calls for it.

Maybe the film feels rushed because it doesn’t feel long enough, the winding, personal tales carrying enough energy for a three-hour runtime. Each maid, paid a pittance in this wealthy Mississippi county circa 1963, is distinctive. Personalities develop beyond the stock archetypes, these women shown to be caring, involved housekeepers even as they’re relentlessly mistreated.

Eventually, they come together for a common cause, not simply for revenge against overbearing employers. They write the book as a determined Skeeter pushes them out of a comfort zone, one that they’re in because of how many times they’ve been put in their place authoritatively. Suddenly, they have an outlet, karma comes back with a vengeance, and it spurs on a civil rights movement.

The Help will send an audience home on a tearful and joyous note, a mean-spirited turn that also produces an opening needed for one of these leads. There’s something else out there, something different for them to do, breaking free of the confines set forth by an unjust white population. Suddenly, the maids have the control, and that freeing feeling was The Help’s and these strong-willed woman’s goal all along. 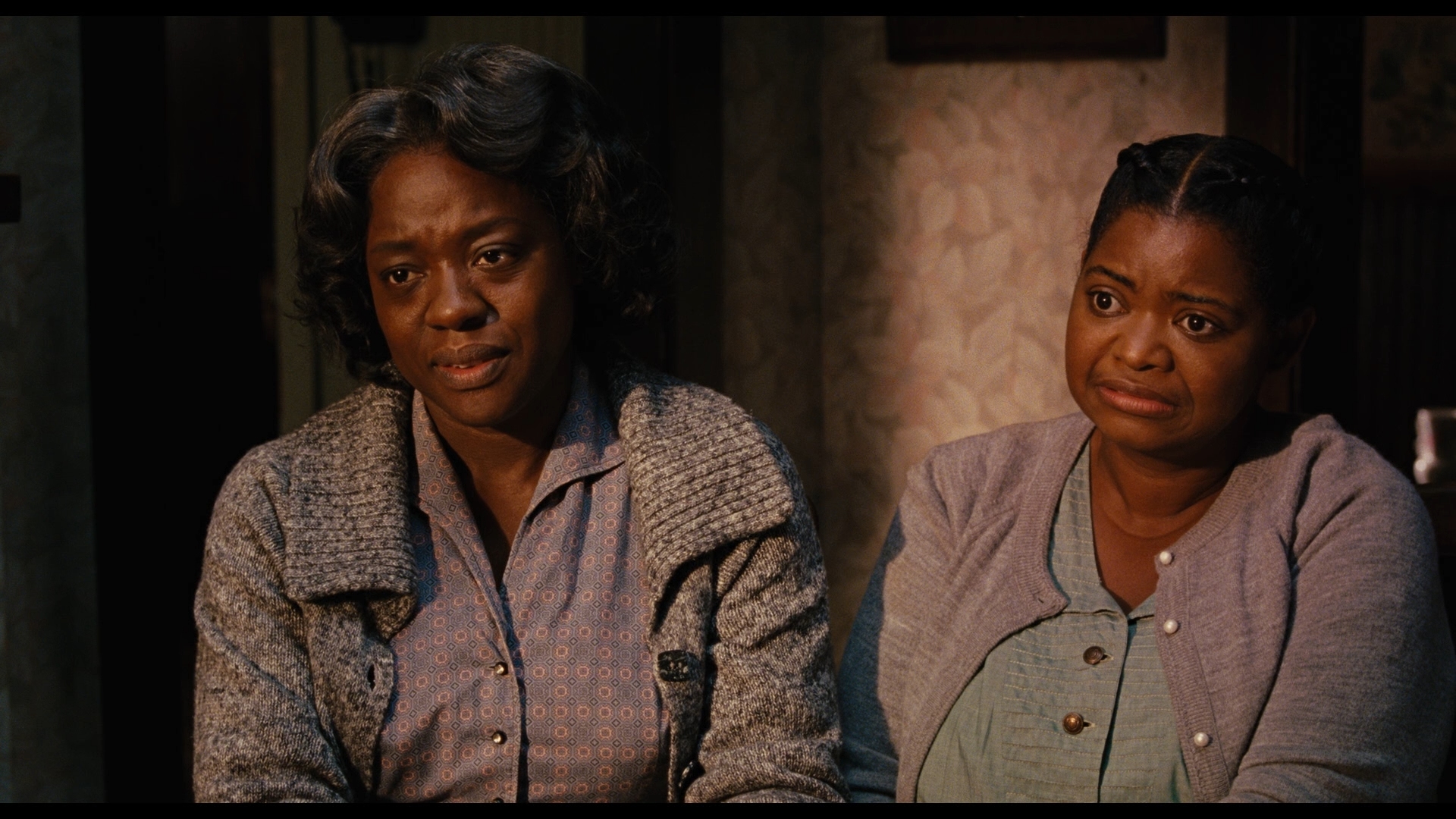 Dreamworks/Touchstone/Disney come together for a wallop of an AVC encode, a sparkling, superior, and immensely defined transfer. Shot on the greenery-laden landscapes of Mississippi, exteriors are simply beautiful. Bountiful plant life, from tall grass to lush trees, are exquisitely resolved and individualized. There are plenty of those shots too, milking the locations for all their warmth and atmosphere. The film is better for it.

Close-ups are better yet, from the extensive use of period dress that is resolved down to the minutiae of the stitching. Facial definition, aided by heavy light, is distinctive and unmistakable. Medium shots hold the same firmness and weight, a mild grain structure eaten up by the encode as to ensure the crisp detail remains.

Given a generous warmth, colors spring to life, from the weighty greens to the sterling blues. Flesh tones are pure without falling victim to any over saturation. Depth is felt from the enriching black levels and brilliant contrast, working in tandem to keep the image leaping off the screen. The fine detail doesn’t hurt either. If you’re digging, some focal softness is present and some close-ups aren’t quite are ripe as others. It’s all made up for in spades.

Certainly, there had to be the temptation to dim The Help during its emotional lows, sapping that saturation for something a little meager and pale. That’s just not the case. The look of the film is consistent, and with its focus on pushing as many hues as possible (interiors and clothing are always individualized), there’s not a scene that goes by without something of merit.

The meager need for sound design from The Help is certainly understandable. The focus here is on dialect, the sometimes heavy, thick southern drawl difficult to manage. That’s no fault of the mixing, which pushes the dialogue up without any loss of fidelity or crispness. It’s always center focused as well.

There are instances of ambiance, from insects/birds chirping in the open air or atmospheric parties and gatherings. Rears pick up what’s needed to create a sense of space, not interfere where they’re not wanted. Stereos will snag a few passing cars, just enough to make the listener realize they are in fact doing something. A few ’50s tunes will spread themselves out when needed, however briefly. It’s mildly active and that’s all it needs to be.

The Help doesn’t blitz into the thick of it in terms of extras, but the few short features are incredibly honest and perfectly put together. A 23-minute making-of is so much more, shot with a sense of actual style and delivered with earnest care on a subject that deserves it. In Their Own Words speaks to many of the maids featured in the book, again well shot and pieced, featuring interviews and stories that are a must-listen. It’s a shame that there’s only 12-minutes of it.