Oliver Tate (Craig Roberts) isn’t good at much beyond routine searches of his parents bedroom, Oliver neurotic in his actions during his woeful transition into adulthood. He may have found the only girl loopy enough to be with him, his parents are static, crumbling drones, and his new neighbor is a self-help guru obsessed with color. They’re all a little crazy.

That’s where this Welsh-based coming-of-age saga will draw most of its humor, a sense of normalcy amongst total interior turmoil. No matter the conditions, Oliver never loses his steadfast, stern, stiff looks, complacent in his existence despite confusion over where he is in life.

It’s easy to ding Sumbarine for being a little on the pretentious side. Director Richard Ayoade uses some snappy edits, crisp imagery, and a definite color palette to single out Oliver’s sole love interest. Jordana (Yasmine Paige) sticks out with her saturated red jacket amongst a stuffy private school littered with lifeless grays, blacks, and whites. It’s the totality of the color in Oliver’s life, probably over utilized to make that point past its effectiveness.

There’s a definite “look at me” quality to the sprawling ocean views or a glitzy fireworks romp through an abandoned carnival. The red lights glisten off the building interiors in an impressively capture sequence, and Submarine doesn’t stop there. It’s trying a little to hard to capture that hipster audience seeking something different and easy to relate to, and maybe Submarine is it.

Still, that’s a precision audience this one is out for, off the beaten path with its own flow, pacing, and certainly dry, almost hidden humor. It’s a smart one though, never beating down the viewer with its quiet dialogue or highlighting something funny; no one even laughs in this film. Submarine plays itself out cool, beyond the average humor and unconventional in regards to the normalcy of modern comedy. That can be appreciated when the material dials itself down into some semblance of reality, even once. 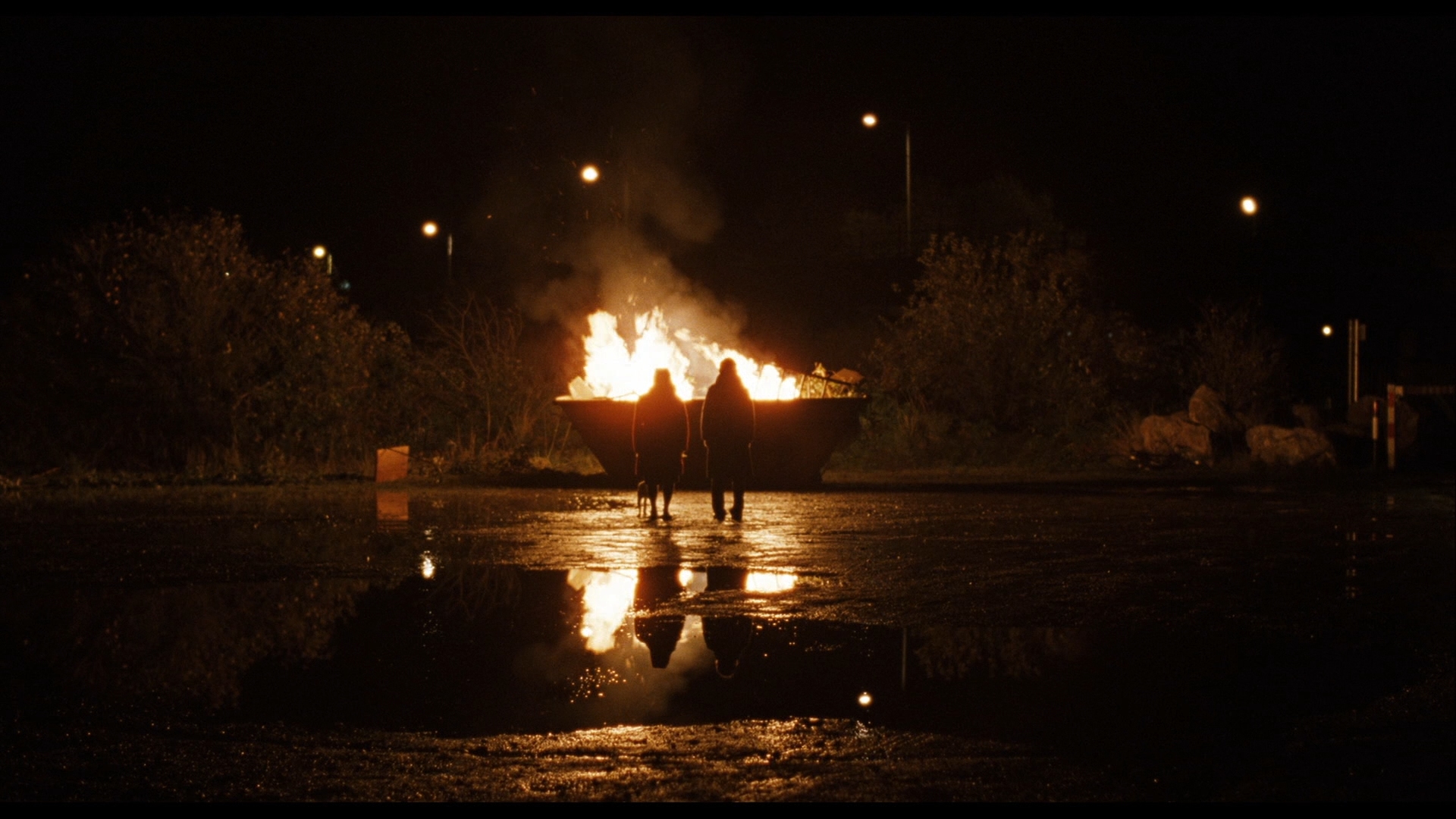 A variety film, Ayoade captures this quirky romance with a mild, noticeable grain structure. Spliced in are bouts with tape and 8 mm home videos, those flirtations with lower grade stocks quickly dropped. That leaves the core and Anchor Bay’s AVC encode to deliver Submarine in HD, capable enough to diminish the grain structure to a basic semblance of film. There’s never a sense this is digital material, and fluctuations of the grain are under control.

Filters and purposeful focal errors will zap some of the visual, hi-def energy from this indie effort, although strictly for intent of course. At its peak, close-ups are exceptionally resolved, clean, natural, and refined. Sticking with its sharp state, the mid-range will appease too, delicately crafted to reproduce substantial environmental detail, those areas around the school spectacular.

Saturation has one goal, to reproduce a dominating red jacket. That comes through, not hard when surrounded by the basic cool palette all around. Flesh tones have little life, and other other primaries are zapped with a de-saturation ray (they exist… somewhere) before they have a chance. There’s still a stern boldness here though, the digital phase deepening the hues, not totally wiping them out.

That will keep the black levels in check too, only a handful of shots losing their power at night. The rest of the time the transfer is gifted with blistering darkness, giving some intensity to the dimensionality. The quality is the only reason those few lighter scenes even stand out in the first place.

Quaint as it is, this DTS-HD effort doesn’t have a whole lot of anything to do. A weepy soundtrack is just enough to remind the listener that it’s alive. Dialogue is precisely centered without any escape, and even those scenes near water won’t travel. The incoming tide situates itself in the stereos with no aggressive moves into the rears.

Fidelity if of course fine, consistent too, up to par with any modern affair. Still, there’s not a single standout piece of the design, insisting on a path of non-confrontation, about the only fair conclusion as to these final results.

A series of nine deleted scenes (12:53 total) and an 11-minute “thank you!” type of making-of are included, and that’s all you’ll get here.