Bang Bang Club’s crucial aspect is desensitization. The film follows four photographers who captured the events of Apartheid for the world, walking through zones of butchered bodies, gunfire, and showing limited compassion. They celebrate winning a Pulitzer for a photo of a man being burned alive while his head is sliced off. It’s a job, but with a purpose.

Nothing ignores the underlying morality play. Characters routinely question the photographer’s motives, sticking to the war zones while almost unmercifully capturing images of a dead child. Bang Bang Club carries an emotional weight and difficult to decipher base of morals.

That’s not meant to demean the movie or the men who lived the experience. It took a toll here in this recounting, the mental strain this caused in real life unimaginable. It’s important that the script doesn’t avoid the complications, an interview with Kevin Carter (Taylor Kitsch) showing him under the watchful eye of the media. They berate him for not physically helping the starving child in the photo, a moment of his own success broken down for journalists looking for their own angle.

Bang Bang Club accomplishes a lot. The recreations of deadly Arpathaid moments are given enough financial room to breathe on screen, and the war sequences are directed without much flair, just a reality that hits close to home. There’s a sense of danger, Greg Marinovich (Ryan Phillippe) nearly stabbed as he steadies his hand behind a man being burned to death. He’s chased by a mob and even shot, still determined to bring these photos to the world.

The screen transition (Bang Bang Club adapted from the book by Joao Silva and Marinovich) isn’t flawless, utilizing female characters as sexual objects and sideline supporters. Malin Akerman is wasted in a role that doesn’t allow her any room for development, only shoving her under the wing of Phillippe.

Still, the film is a consistent rebounder, one that recovers from its missteps and misguided character decisions. It’s not shy about its brutality yet never glorifies it either. Bang Bang Club is careful with its music, never utilizing the score for dramatic events that already carry enough weight. The sense of being there and having these events presented in this way is far more disturbing. 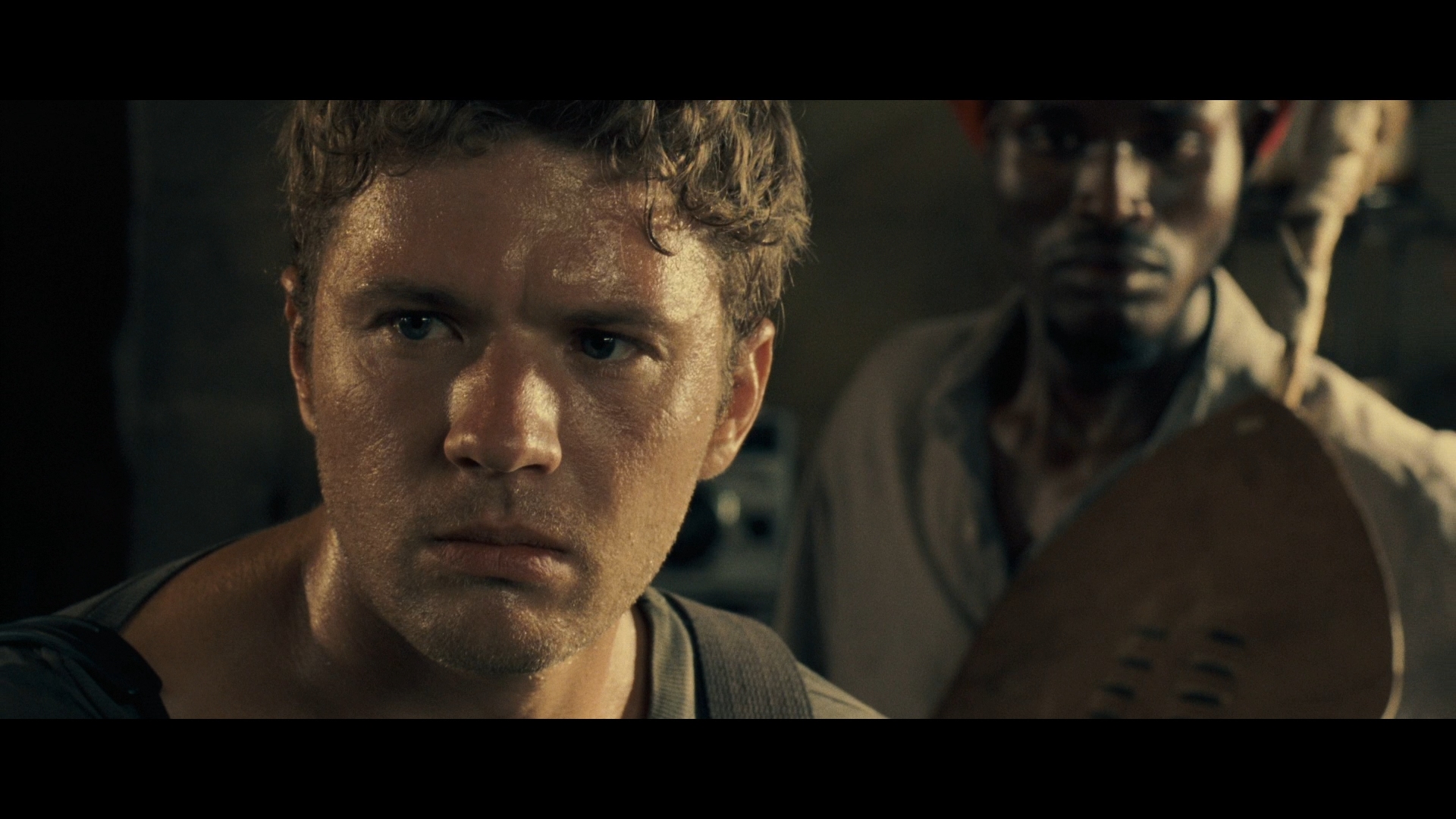 The Blu-ray edition comes from Entertainment One, giving the film an AVC encoded digital makeover that is rarely anything less than pleasing. Bang Bang Club is baked with a warm, almost inviting palette, flesh tones free of any incongruities. The South African landscapes are few in number yet rife with color, even the war scenes keeping up with the saturation levels. Only a handful of environments (mostly at night) lose out to a pale teal that zaps the energy from the color selections.

Grain preserved as it is, Bang Bang Club will introduce a number of vividly detailed shots and close-ups. A significant portion of the film takes place inside dimly lit clubs or vehicle interiors with little possibility to establish texture. Anywhere else, it shines with a hi-def haze of definition, the heat of the land producing resolved sweat droplets, deep pores, and individualized hair. Medium shots never fare all that well, yet never come across as “wrong” in anyway.

Black levels stay firm, giving the stark black & white photography taking by the Club immense depth in HD, and the film itself some kick. Contrast proves heavy, always weighing hard on the screen as an indicator of the blazing sun overhead. Working in tandem with the blacks, Bang Bang doesn’t disappoint from the perspective of depth.

Stuck inside warzones or warring factions, Bang Bang delivers an aggressive, tight DTS-HD track. It bombastically presents gunfire as it pops off structures or fires in the distance. There’s always a sense of conflict. A tense stand-off with a sniper right at the hour mark uses the mixing to produce added dramatic flair, the shots precise in their location.

Without the weaponry, the masses of angered citizens charge, prepping for war as they stand across from each other chanting. The resoundingly successful track captures the moment perfectly, the surrounds and stereos engaged in tandem for a total wrap-around effect.

The only thing missing is a tight low-end, which truth be told, it doesn’t really need, nor does it feature many opportunities to do so. Bars which are frequented throughout the piece are focused on ambiance, music taking up position in the rears as to not interfere with the solidly placed dialogue in the center. No matter how boomy the songs may sound, they never reach the low-end, or at least not with anything of note.

Director Steven Silver pops in to deliver his thoughts via commentary, that followed by a 45-minute making of that provides plenty of raw footage from the set. A behind-the-scenes slideshow runs around four-minutes with a chipper African tune running alongside. Five deleted scenes are in various stages of completion, followed by an 17-minute interview segment as one of the young cast members, Kgosi Mongake, interviews the cast and crew.