Welcome to the Guinness Book Perfect Game, earning your bid for stuffing a sports movie with a world record number of adversaries, throw-away cliches, and the number of times delayed.

The release of Perfect Game is dominant over this clumsily constructed mess, originally intended for a theatrical release back in 2008, and fairly heavily promoted. Pulled from distribution due to marketing funds that were never delivered, the film apparently found a small release sometime in 2009 at the Guadalajara International Film Festival before diving off the face of the Earth again. Finally finding its niche on home video, Image could have kept this one its vault.

Maybe it’s trying to hard, Perfect Game wanting to appeal to such a specific demographic, that “family values” crowd who will eat up anything like this, seeing it as inspirational. And hey, maybe it is. If you watch it with your kid, you’re guaranteed safe viewing and maybe it will speak to them on some level. Never mind the legitimately great films that do the same thing.

The film simply piles too much on, flat lining itself before it has a chance to recover. You’ll see Jake T. Austin berated by his drunken father, a caricature in the strictest sense of the word, handled without any care or subtlety. The team will be stuck with a kid who comes off a jerk, annoyingly inserting his own ego into the piece before dropping that entire thread. Maybe he had a change of heart off screen.

Perfect Game keeps piling, scenes of blatant racism frustrating yet oh so familiar, Denzel Washington and crew handling the topic with far more capable hands in Remember the Titans. Some unnamed, “Where did these guys come from?” Mexican dignitaries are shoveled in for no reason other than to add pressure, coming and going without so much as a blip on the narrative. David Koechner has a turn as a painfully directed newspaper editor, so over cooked he’d be out of place alongside Will Ferrell in Anchorman. Koechner exists because there would be a segment of the piece without dramatic purpose, a young peppy reporter covering the story against his will.

That’s not even getting into the raucous Texans, Kentucky police, Major League managers, and steel factory workers, all of whom are inserted purely for the sake of additional flare ups.

Much of Perfect Game comes across as unfinished, maybe tinkered with between its seemingly random public appearances. Special effects concerning the crowd make people look like cut-outs, the opening 20-minutes are so jumpy as to kill immersion from the outset, continuity errors are rampant, the same shot of a computer generated pop-up is recycled a minimum of eight times, and the finale brings in a gaping plot hole that will seal Perfect Game’s fate… as if it wasn’t already. 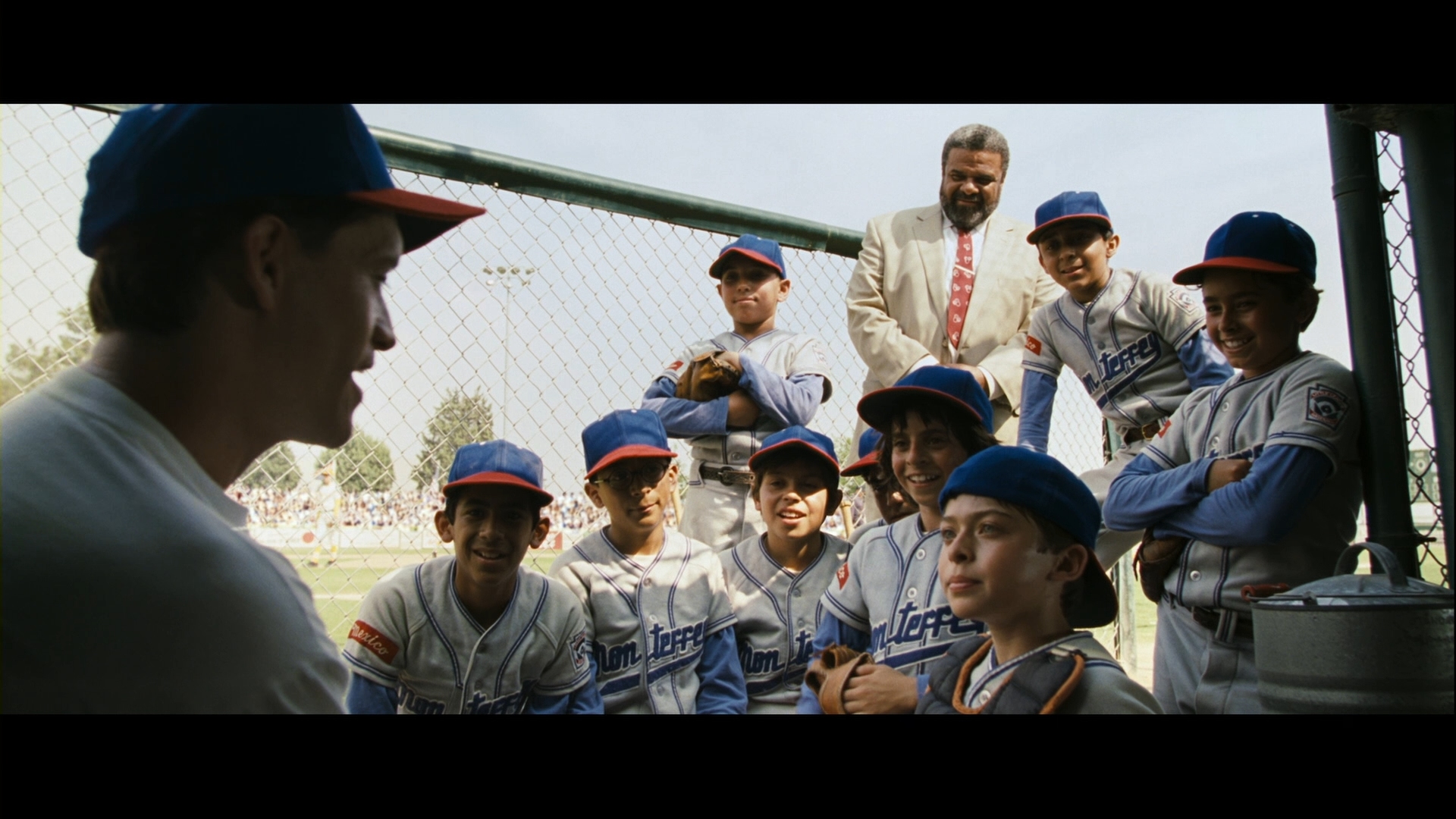 Nothing if not consistent, Image brings the film into hi-def with a specific look it will never deviate from. A brutal contrast dominates in the Mexican heat, adding intensity to the visuals that are already oozing warmth. Everything carries a rustic, reddish hue, flavoring the piece with an inviting presence that is certainly appealing. Flesh tones barely take a hit, still coming across as natural and appealing.

There is such a fine, limited grain structure, it’s easy to mistake Perfect Game as digital. Many of the wonky, half-finished special effects add in a certain unnatural gloss too, enough to further that assumption. It would be an incorrect thought though, the AVC encode more than capable of handling, well, barely anything. It’s mostly challenged during inserted sequences of news reels and other vintage clips. Some of the stock footage apparently comes from YouTube (the overwhelming compression would be a bit much even for DVD), the real stuff relatively clean and pure.

Detail is in its prime when that superior sharpness finds its groove. A blanket statement may not apply, but close-ups -even of the young cast- brings forth appreciable facial definition, jersey textures, and individual hairs. All of that is interspersed with the opposite, shots wavering in their focus, little care apparently given at the source to wring this one for all its worth.

Black levels have some kick, keeping a distinct, firm three-dimensional quality even if the detail doesn’t want to play nice. Minimal wide angles of the stadiums are pleasing enough, giving off a sense of scale (even with the phony crowd), all held together with the heart of it all: the flawless encode.

Until the team makes it to the final rounds, most of the games are contained to a few cheering onlookers. The sound design splits the stereos, clapping distinctive in its left/right separation. Fastballs whip by in a fury, from the pitcher’s arm to the catcher’s mitt effectively. It feels small and contained, which makes it wholly appropriate for the environments.

This DTS-HD mix gets a boost from a wonderfully atmospheric industrial space, flowing metal and sprouting flames hammering the subwoofer, clanging tools creeping into the surrounds to complete the illusion. Music shows it has some spunk too, vibrant in its power and its ability to dig into the low-end.

For that final game though, the crowd really does come alive, sounding far more natural than it looks. A PA announcer gives off play-by-play that reverberates through the stadium, working in tandem with the eager onlookers to create a balanced, clean mix. Dialogue is fine, although some glaring dubbing certainly lends credence to the fact that the film was never really completed.

Director William Dear hops in for a solo commentary track, followed by Behind the Plate, a promotional making-of that seems to grab its clips from some bootleg copy of the movie. It’s just as disjointed as the main feature. Nine interview segments are labeled Soundbites, covering cast and crew for 25-minutes or so. A music montage and Little League commercial are left.