Trust has a lot to talk about. It’s all uncomfortable, Annie (Liana Liberato) chatting with someone whom she believes is her online boyfriend. Her parents think it’s casual teenager stuff, letting Annie be. Unfortunately, the “boyfriend” is a 35-year old posing as a high school volleyball star, a manipulative, infinitely creepy predator waiting to strike, and he does.

Trust spirals out of control, Annie thoroughly convinced Charlie is just misunderstood. She breaks down her entire family, her parents as emotionally drained and as supportive as they can be, but they can’t get through to her. Some of it is denial, some of it she actually believes.

It’s heart-breaking, the growing frustrations of her father Will (Clive Owen) as FBI agents never have answers felt in the viewers gut. All members of the family unit begin to recede, dealing with the incident and the repercussions differently. Clive Owen’s character takes on a vengeful, infuriated mean streak. He works for an advertising firm, pitching clothes for tweens, Trust hardly subliminal when making a statement about the sexualization of youth. He sees his own daughter’s face in these ads, and suffers from visions of the night his daughter was taken advantage of.

It becomes a one-on-one struggle between father and daughter, reaching a breaking point late at night in her room during a phase that has Annie undergoing a mentally frenzied transformation. Performances take over, giving Trust credibility and weight. The film hits close to home, Will poking around online to find a slew of sexual predators in his own neighborhood. Trust carries a warning, a palpable, tightly wound realism that never sensationalizes or toys with emotions.

Everything comes back to Charlie, Chris Henry Coffey producing a character that is experienced, smooth, and eerily eager. He knows what to say, and the final images of him draped over the end credits stick around. Charlie becomes “Mr. Anybody USA,” a disturbing and even terrifying blend of humanity’s worst. Amazingly, all of this comes from the lens of David Schwimmer. Talk about a departure from Run Fatboy Run. 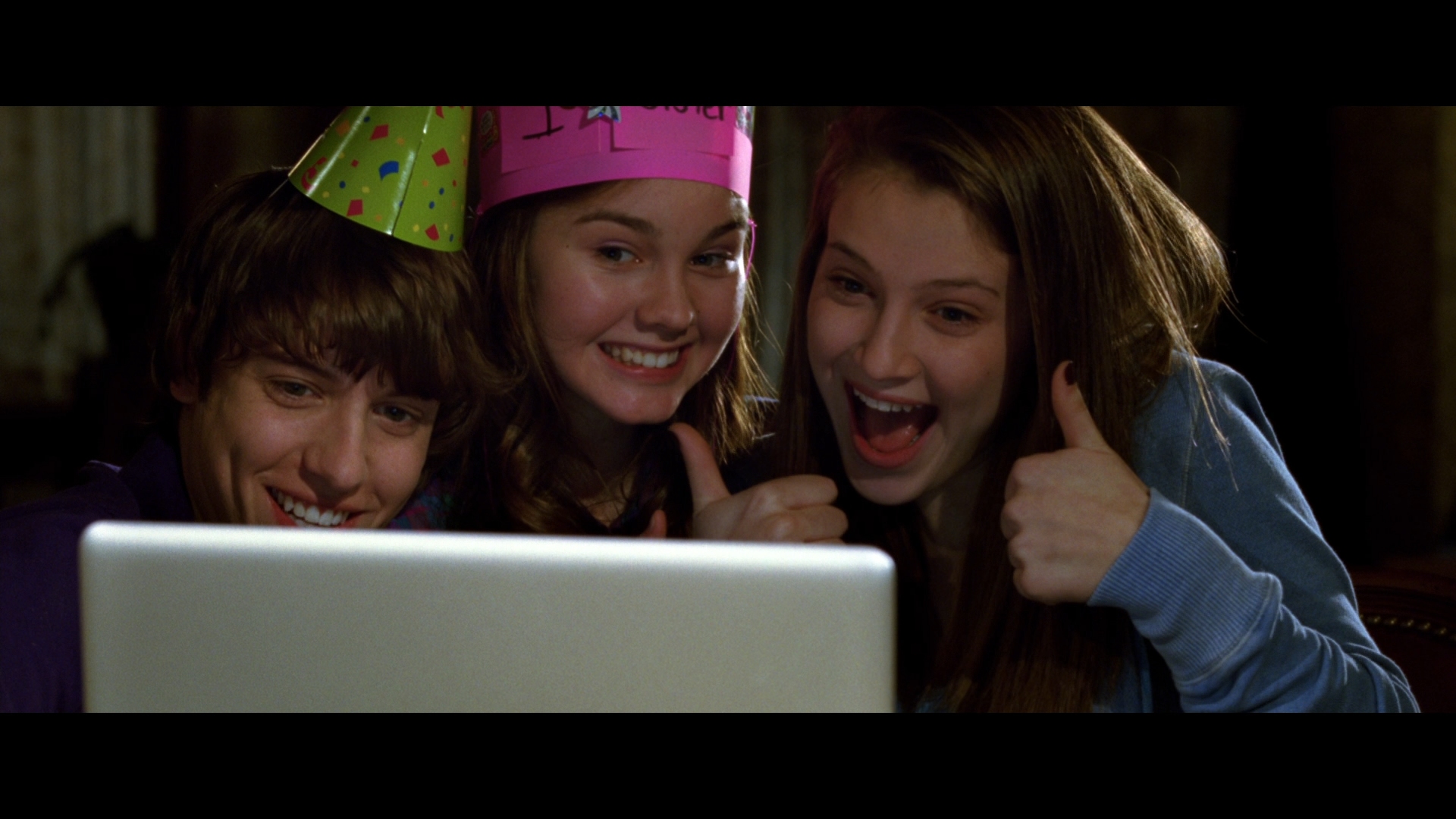 Trust was captured on a thinly grained film stock, enough that it enters the frame without too much harm to the compression, and still gives the piece a filmic, clean, natural quality. Millenium’s generally gracious AVC encode preserves the softer, almost gentler appearance of the source. That’s not to say it lacks the usual qualities that make a hi-def effort stand-out; it’s just the opposite.

Trust contains countless scenes of fine detail, close-ups of Clive Owen and even the young Liana Liberato prove naturally textured and pleasing. Exteriors appear muddled, lacking in this same precision. Really, the film is setting a distinct mood, almost metaphorically softening the blow to come. The look may not dazzle, yet for this grim material, it’s suitable.

Colors are of course desaturated heavily as not to call too much attention to itself. Flesh tones have a peaked quality, drained of almost all color as sort of a symbolic gesture of the stress everyone is under. Nothing here is given much attention in terms of brightness, even the happier, more lively opening scenes tend to keep to themselves.

Being so dim means the black levels have to match, the interiors of the house generally lit from behind. Depression must mean forgetting to turn the lights on. It’s moody though, while sadly the black levels can’t hold their own, regularly dipping into sub-par territory or failing to maintain their consistency. They’ll even turn off-color, a little brown or a little blue sapping them of their natural intensity. That’s the key fault here, probably not enough to continue docking it, but certainly something of note.

Millenium’s TrueHD offering doesn’t have much to prove, this downtrodden dramatic piece keeping to itself. Rarely is it afforded music or a score, letting the cast work the screen without the need for additional flair. That’s smart, and the dialogue maintains a firm, crisp fidelity that is never lost. Heated arguments within the house have a mild echo that travels into the surrounds for an adequate level of immersion.

There are two parties as well, one a high-school social extravaganza blaring techno and battering the subwoofer with a powerful low-end throb. Later, it’s a little more high class, Owen’s character attending a celebration for his firm, music here a little more leveled off but no less willing to squeeze into the surrounds.

Between the Lines is a fairly typical featurette, discussing the topic at hand, the actors, script, etc. You’ll spend 16:45 here. Labeled outtakes, a series of nine deleted scenes don’t fill in any gaps or answer any real questions, just offering a layer of character development that would have killed the pacing.