Limitless begins with a spectacular visual effect, a direct trip through the streets of New York, a straight shot without any hold ups. It’s a mixture of stills, live action, zooms, clever editing, and CG work, all totally seamless and wildly original. Leading into Times Square, the shot doesn’t mean much short of putting director Neil Burger’s name on-screen twice.

In the scheme of things, it means everything.

Eddie (Chris Cooper) is on an experimental mind drug, sending the human IQ into four digits. The information given to the viewer behind those credits? Eddie knew it all. The signs, the cab numbers, the lights, the addresses. Nothing gets by him. We could all use a little pharmaceutical love in this regard; just imagine how awesome Blu-ray reviews would be. Yeah, totally worth it.

Drugs have a cost though, from people looking for revenge, others looking for drugs, some who want money, and a handful who want some in-depth stock tips. Eddie is an in-demand type of guy now that chemicals are part of his psyche, his world turned from a drab, boring existence as a writer (hey now!) to a Wall Street success story.

He’s persistent though, willing to take chances and continue on a path to multi-millions. Neil Burger is willing to play too, producing a novel adaptation that is overloaded with camera flips, twitches, and a first-person account that is aggressively presented with little slowdown. Limitless is paced like Eddie’s thoughts.

If nothing else, the film demands attention, a looker with intense color saturation, garish lighting, and drab interiors as the effects wear off. The look always indicates a mindset and a place, even some thought processes. As things began spiraling out of control, bodies pile up, and Limitless displays its knack for clairvoyance. Facts spill out, pieces demand to be put together, and the film becomes its own little winding puzzle, although thankfully not one you’ll need an $800 pill to solve. 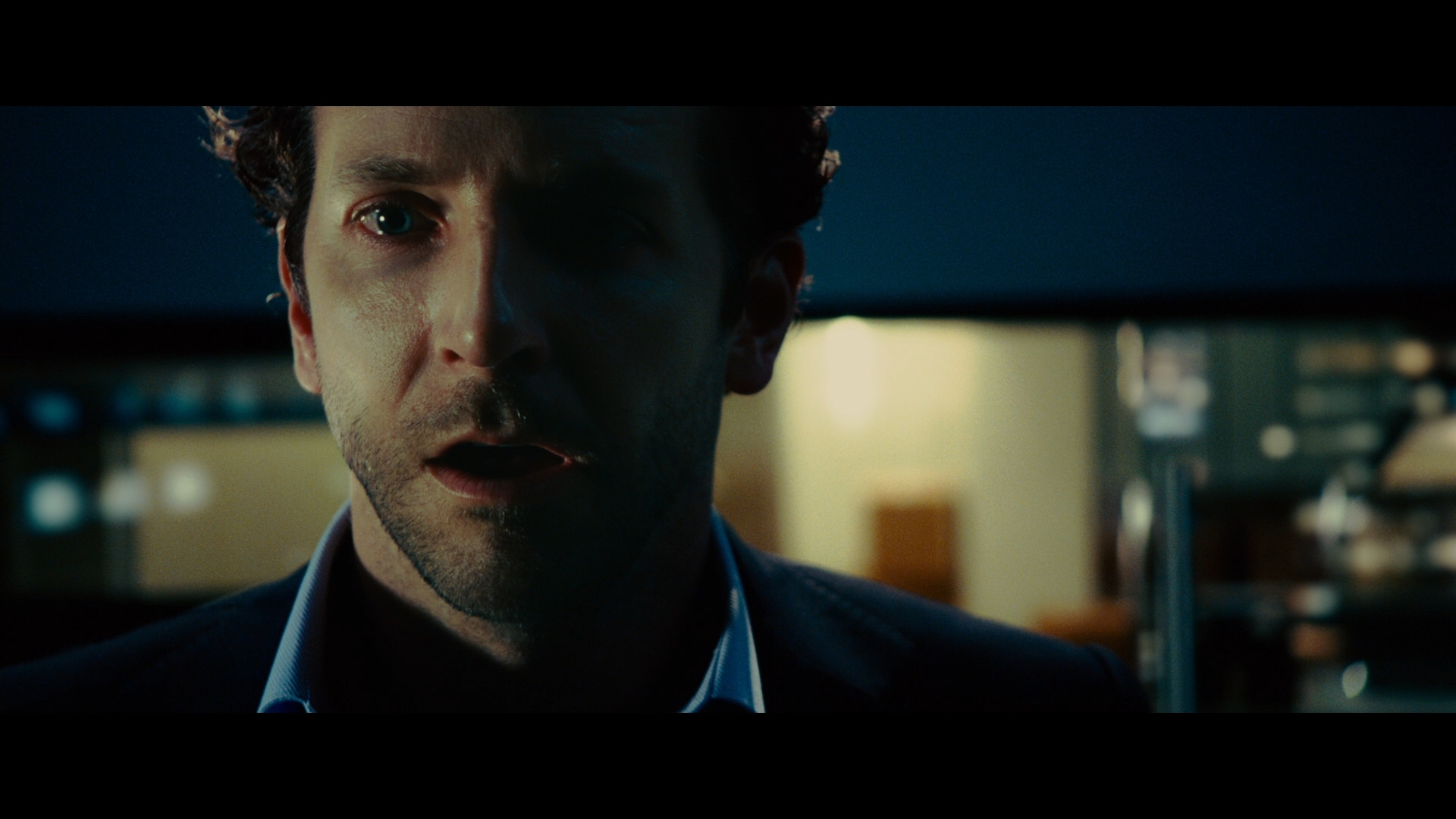 Rarely will you find a film as wildly specific about its dozen looks than this one. Limitless does it all, from digital to film, desaturation, over saturation, noise, no noise… it’s all seemingly endless. Limitless can look “good” based on the most general of criteria, but then again, little here falls under general criteria.

You can mark it for detail just as quickly as you can knock it for having none. You can dock it for smoothing as quickly as you can praise it for the texture. This one never settles down, and all of those usual flaws that are so easy to call out, including gregarious halos that don’t even qualify as minor, all seem intentional.

Sure, some of it is the source, the Red One creeping in a few times and its hallmark of rendering medium shots textureless are evident. The film-based stuff isn’t clean though either, the grain structure hampered by chroma noise, or even becoming enveloping to the image. Whites can be irritatingly clipped to rob the image of its depth, or so overblown they spill out into other parts of the image.

Oh, and colors? Hoo boy. Flesh tones waver from a pale blue to a jaundiced yellow, almost consistently hideous. Primaries either stop being part of the image entirely or uppercut their way back in with a first round K.O. The filters don’t seem to help, smearing parts of the image to give flesh tones a further chalky quality.

If you can say anything about Limitless, it’s that Fox’s encode seems to be clean. “Seems to be” simply because given the razzle dazzle on display, who can say if that the noise wasn’t purposeful to begin with? Those looking for a pristine, clean-looking film will likely suffer a seizure trying to take it all in. Those looking for something with a little kick, this was made for you.

Limitless at least comes packin’ a charged up DTS-HD track, a beefy, sonically interesting mix with plenty to offer. That opening shot of the city gloriously passes by, objects and people tracking as they whip by. The same effect is repeated later and to even greater effect, the design freed from the intro music and allowed to exist on its own.

The movie offers a little of everything aside from its fantastical effects, including a subway brawl that delivers each punch with an aggressive, boomy low-end. The heavy handed, techno-driven score is replicated with a beefy subwoofer push, a throbbing, pulsating beat as Cooper tries to stay in the moment around the halfway mark.

Gunshots late are ample in their power, as if that wasn’t the expectation by now. Street level stuff brings New York alive, the traffic and the people firmly placed in the surrounds and stereos. This one is a lot of fun to listen to.

This review is based off a rental exclusive and as such contains no extras.