Take a bunch of second tier Hollywood comedic talents, delay it due to the drug use reported on set, add in a cliché riddled script, and you have Take Me Home. The latest bit of ’80sploitation has the simple goal of recreating American Graffiti, teens stuck in a life crisis, seeking some love, and defying all logical authority.

This isn’t George Lucas, and Take Me Home isn’t trying secure the hearts and minds of generations to come. It feels a little too pieced together and sluggishly drawn out to its inevitable conclusion where Topher Grace’s growing lies land him in hot water with non-Kristen Stewart Teresa Palmer.

Grace’s character is at a dead end, working at a completely awesome Suncoast Video who proudly display Harry and the Hendersons on their display sets. Lifeless, without a pair, and living day-to-day, he has one night to break the rules, change things, do crack, and nearly die in a giant rolling ball incident. They do things a little different in Beverly Hills.

It’s become difficult to botch the modern ’80s movie. After tossing in the wild hair, bright colors, and a random selection of tunage, you’re in line for box office success. Much of Take Me Home’s comedic musings are generated from Dan Fogler, brazen and jobless as he may be. He steals a car, plows through bottles of liquor, shares his stash of coke, takes up smoking, has sex with a cougar as her German lover watches… it’s as awkward as it sounds.

Take Me Home has a bit of a spark, salvaging its rather dull, tired exterior and write-by-numbers scripting. It’s funny, and after all, that’s all you can ask from a genre aiming to be as such. There’s a potential here that’s never capitalized on, the film playing it far more safe than its characters, trudging down romantic comedy lane without a single curve. Gags that don’t connect to the narrative aren’t as funny as they seem, and sadly, those are the best parts. 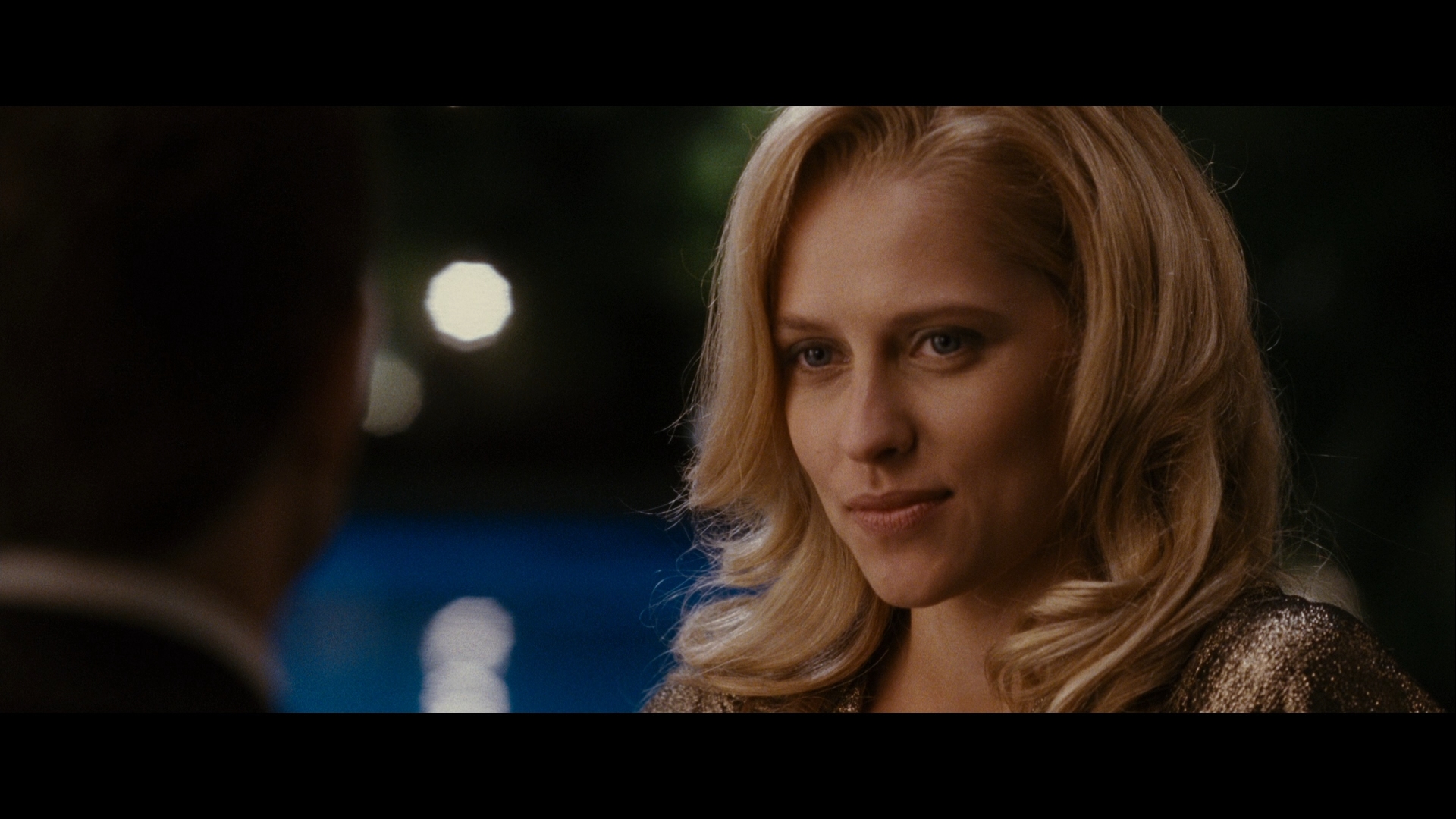 Fox’s AVC encode takes this surprising bit of material and handles it well. Wait, surprising? Yes, because there’s a clear attempt to emulate ’80s film stocks here, the grain structure weighty and thick, consistently applied throughout the 95 or so minute running time. The compression isn’t an issue; grain looks like grain.

The source veers soft though, certainly problematic for those seeking a little more in terms of hi-def glory. In this rare case, it fits. It establishes a vibe and a feel, certainly damaging the potential for crisp definition, if not totally impeding its appearance. Take Me Home will still produce a few sterling close-ups and pleasing party exteriors.

There’s a definite inviting warmth here too, flesh tones a familiar bronzed hue and reds carrying some zip behind them. Other primaries are still allowed to free roam, greens rich and blues intense. Even for taking place almost entirely at night though, this AVC affair is bright and pure, the digital intermediate phase giving this one a bit of a spark.

However, it also downplays the blacks, causing a flurry of crush as the camera pans over the wild parties. Otherwise, they maintain their composure, offering up the depth required of them and the shadow detail viewers are seeking. Despite a somewhat lackadaisical (and purposefully so) approach to fine detail, this one still appreciates the need for depth.

Take Me Home is a glamorous party, a singular night of raucous, loud, hijinks with plenty of atmosphere. Serving as background fodder, the selection of ’80s pop hits creates a vivid soundfield, the surrounds no stranger to this mix. They keep a steady hold on the material, whether that’s exterior home chatter by the extras or the music.

This DTS-HD effort brings new life to the music, the licensed selection reproduced here with firm fidelity and clarity. At its peak, there is no loss of the highs, and that small hint of bass is enough to give it a full, rich bodied feel. Lyrics strike the center, and the surrounds bleed are there as called upon.

Take Me Home has a final trick up its aural sleeve, a finale involving a rolling metal ball stripped right from “American Gladiators.” This sucker hits the pavement with a satisfying (if not overpowering) thud, and begins to trek through the surrounds as it cascades down a hill. It’s undoubtedly the highlight beyond the music, a nice lid on a pleasing bit of audio mixing.

Seven deleted scenes lead the bonus features charge, 11-minutes worth of small cuts and edits. Cast Get Together is a nauseatingly edited backstage chat with the main cast, the whipping camera more disorienting than the ball ride in the movie. Music Boombox brings up historical facts on the songs and takes the viewer (listener?) to the specific scene in the movie where the selection is featured. A music video for (appropriately enough) Eddie Money’s “Take Me Home Tonight” is tossed on here, along with the typical round-up of trailers.