There’s an honesty within Happy Thank You More Please, or the spell-check defying proper title, Happythankyoumoreplease. It’s that involving distinction that grabs and holds on tight to the viewers psyche as a half dozen intertwined New Yorkers begin a series of life changes.

Happy is a smart and intriguing story, our main character Sam (writer/director Josh Radnor) entering into a new phase of his life as he discovers a lost child on the subway, taking the kid in against his better judgment. He find a connection and a purpose, the kid adorable and funny, their tale carrying enough weight that the other characters feel intrusive. Then their stories begin fighting for screen time, broken relationships, mistrust, and pregnancies breaking down barriers while forcing each piece of this narrative puzzle to demand focus.

There’s no sense this script is overly glossy or reaching for happiness, each arc given space and breathing room to produce naturally evolving romance or emotional downturns. Happy is indie all the way, given a sparse, at times peppy soundtrack from Jaymay and well put together, contained New York locales. It has the right vibe and feel, like a project that was meant to be and was lucky enough to find a way out to completion, and deservedly so.

Each character is given something to draw upon, Sam’s writing ambitions not as clear as they were from the beginning, Mississippi’s (Kate Mara) singing skills a point of contention, Annie’s (Malin Akerman) office romance awkward, and Mary’s (Zoe Kazan) pregnancy enough to put an end to her relationship as her boyfriend has California aspirations. All of them have a drive, something to work for, and become individualized despite all being connected in some way. None of them exist as mere support or ancillary characters, but crucial elements to an overarching narrative that is brilliantly put
together.

There’s a charm even to the heartbreak, the film wildly inoffensive it makes that offensive R-rating totally nonsensical. It’s not as if the MPAA decision will make the emotionally challenging material any more relevant to a 12-year old, that’s just making a point. Happy should be a film no one should be scared to walk into, whatever their personal sensibilities may be. They would be missing out on a breezy, harmonious film that captures a snapshot of life in a way few movies can. 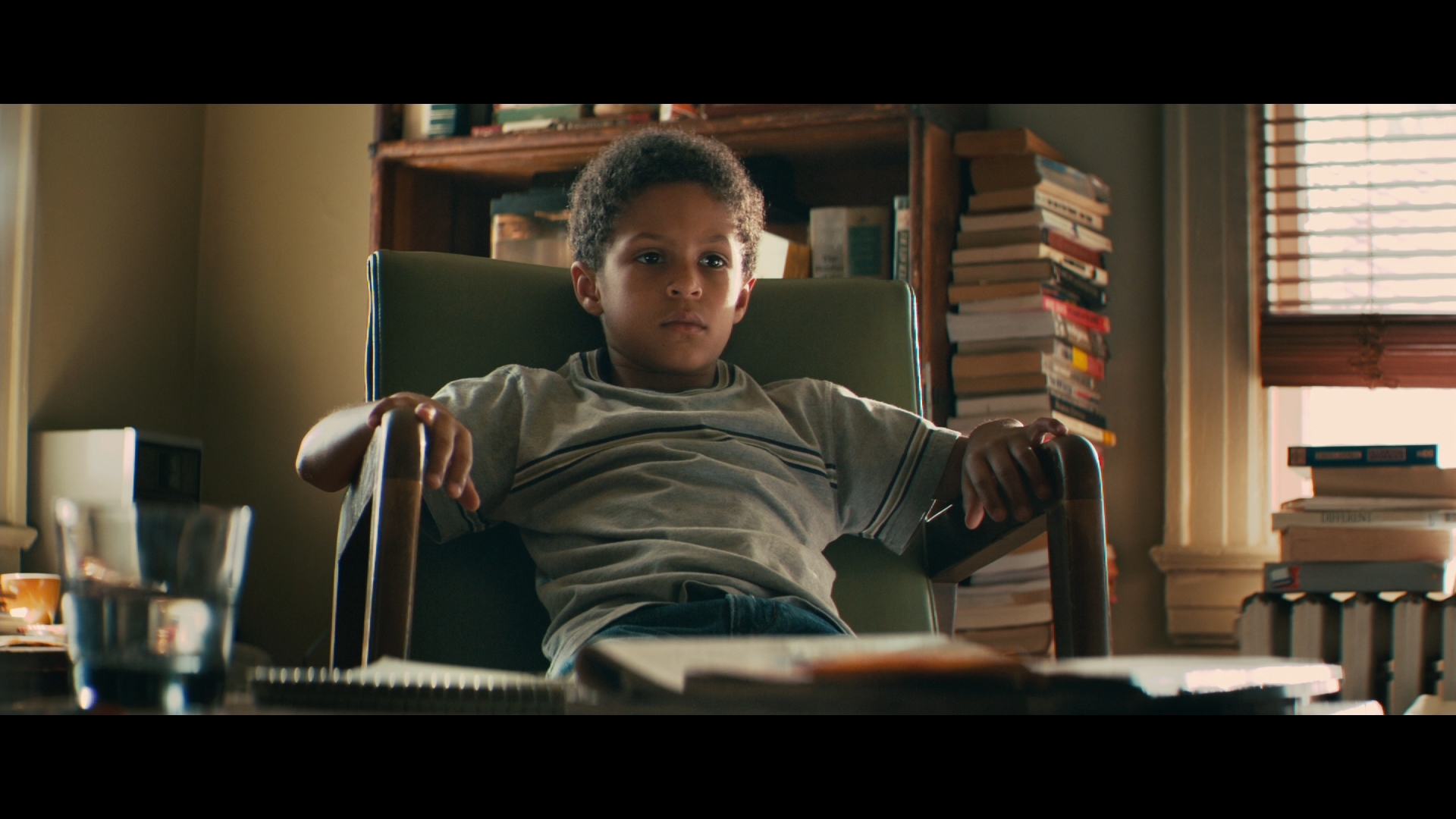 Happy is a digital production, the Red One providing its visual flavoring and eventual visual downfall. This AVC encode from Anchor Bay is mostly a mess, the copious amounts of scenes where black levels fail utterly destroying a number of crucial moments. As Sam asks Mississippi to stay a few days in his apartment, that critical sequence is drenched with near glowing blue-ish blacks, removing perceptible tension.

All of those bar interiors or clubs are equally flattened, black levels never catching on. It’s not even an instance of where this one comes close, the source camera yet again showing a fault that remains consistent with almost everything it captures. Even during those scenes in daylight, Sam and company roaming the streets of New York, the image holds firm to its faded, drab low light areas.

The rest of the video presentation has some pep, bright colors pleasing, especially the headdresses worn by Akerman. Color choices aside, including orange and teal that should forever be burned, primaries carry some heft and intensity where needed. The digital intermediate is obviously playing with the saturation depending on the scene in question, but rarely does it become flattened or monochromatic. Flesh tones push a slight orange, enough that it can be questionable, if rarely offensive.

Noise can swallow the image, low light not only detrimental to the black levels, but the persistence of artifacts to remain a part of the package too. Vertical lines dominate a few scenes, along with some chroma noise as if the Red One is testing itself to see how many faults it can produce in a single movie. That’s a shame, especially since the disc does reproduce clarity and precision detail when uninterrupted by digital’s faults.

There’s not much call for this TrueHD mix, giving itself a small vacation for most of the movie. There’s a strong musical presence, but nothing over reaching or particularly difficult to reproduce. Even a small live number remains quaint and soft. Separation is wonderful though, instruments clearly placed in precise stereo locations to give the songs a natural spacing. As stated in the featurette, some of the songs were simply recorded on a microphone in Jamay’s home, so fidelity seems to lack a punch by design.

The streets of New York are drab, sound design not much of a priority here. Any ambiance stays almost entirely in the fronts, the miniscule layer of city noise that finds the rears an exception rather than the rule. Parties or bars fare better, chatter and blaring music effective in creating a 360 degree soundfield.

A series of deleted scenes that run nine minutes and a featurette on the film’s musical artist Jaymay mark the only special features aside from a trailer.