Kristen Bell is one of those spunky, peppy actresses, generally cast in the same role and for whatever reason, in consistently poor romantic comedies. She’s found her niche though, and that’s fine, except for You Again where she is an unimaginable bitch, unrelenting in her quest for payback over her high school life. No, it doesn’t fit.

When you have a lead who would carry a teenage grudge through the better part of her successful adult life, getting involved with her plight isn’t that easy. Even with a great female cast including Sigourney Weaver, Jamie Lee Curtis, Betty White, Kristin Chenoweth, and Odette Yustman, the script behind them never clicks.

At times, You Again is simply embarrassing, a “meet cute” happening post-meeting. It’s hard to believe that can happen, let alone someone who thought the ol’ “head bump after dropping something” still worked on screen. Maybe in You Again’s fantasy world, the type of movie where dance instructors lavishly drop from their school’s ceiling as an introduction, it all makes sense. To us here on Earth, it doesn’t.

The film needs a contrivance to get kick-started, Bell’s brother getting engaged to her high school nemesis (Yustman). That leads into Bell’s mother, Curtis, dealing with her own broken high school friendship with Yustman’s aunt, Weaver. It’s a battle for attention in one of numerous sitcom-level antics.

Never fear though as You Again doesn’t even try to surprise. It follows the time worn romantic comedy path, everyone gets their way, and all of the relentless cruelty is forgotten. The one chance it has to break free from the modern Hollywood cliché is the central character arc, and You Again completely blows it, rendering all of the food tossing, ant biting, dance off, video playing antics utterly pointless. Everyone involved here can do better, especially Weaver whose god-awful, over-the-top performance wouldn’t be suitable for Saturday Night Live as a parody of herself. 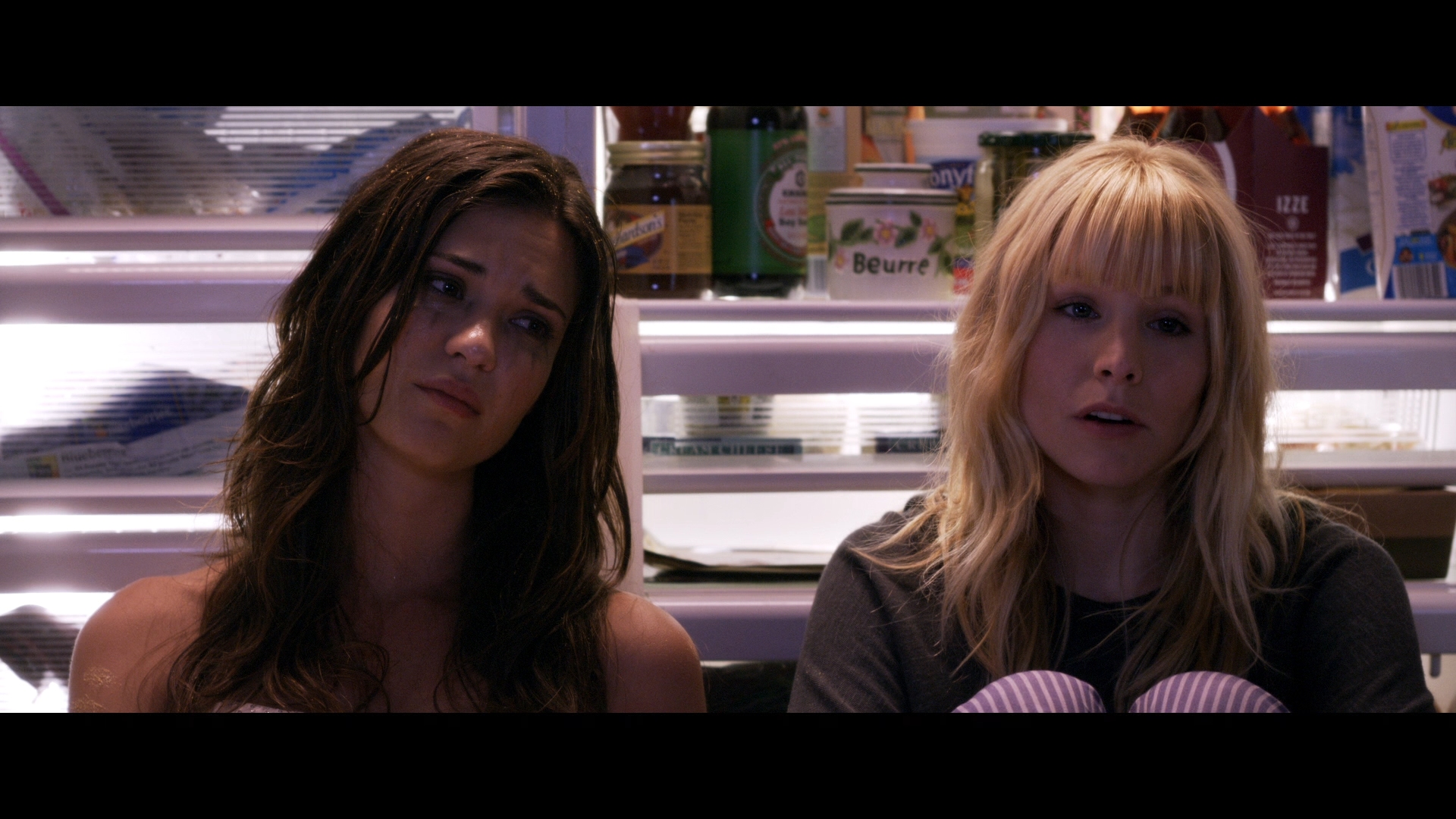 The source material for this Disney/Touchstone AVC encode is the Panavision Genesis, and it’s more than capable of this material. This breezy comedy lives in bold primaries, flesh tones elevated ever so slightly without any loss of their naturalistic qualities. Clothes are typically bright, adding to how much saturation is possible. At a glance, this is a looker.

Sharpness is firm, replicating a fine layer of exceptional detail. Close-ups generally perform admirably, resolving that expected level of texture. Oddly, Yustman has an blatantly obvious layer of smoothing applied to her face, the effect inconsistently applied. The worst is inside the car at 32:45, the effect hardly just the digital nature of the source material. While it does waver, general moments of plastic-like skin complexions, the effect is minimal.

With few exceptions, black levels hold firm too, a rare moment of gray slipping into the frame inside the tree house early. The rest of the movie is richly delineated, producing an image of dimensionality and depth. The colors don’t hurt either. Contrast is well calibrated and controlled, no sources of blooming or overly hot outdoor scenes to overwhelm.

There are some minor instances of noise, barely noticeable within the frame. Some aliasing is apparent too, especially the car roof at 54:30. Considering how outstanding some of the exteriors can be (the hotel at 45:36 is flat out jaw-dropping), a bit of aliasing is worth it.

Dialogue, dialogue, and more dialogue is all this DTS-HD mix has to really work with. It does it well, typical for any modern movie without any outstanding aural qualities. Balance is perfect even against some noisier backdrops.

Music can pick up in a few scenes, including dance studio which carries a general echo as the boombox blares. A trip back to the ’90s is completed with a Kriss Kross “Jump” number as Yustman puts on a show for her groom to be. Fidelity is perfect, and there’s a slight low-end kick to go along with it. Ambiance is decidedly lacking though, exteriors bland and dry.

Follow Fickman is a director praise piece mixed in with set footage. Blooper Dance Party is a collection of outtakes spliced in with a completely random cast dance number. Ask the Cast is some type of promo where people wrote in to ask them questions. Funny or Die stands out as the best bit, an online promo with the females of the starring roles as they get into a brawl during an interview. A selection of 11 deleted scenes (with optional intros from director Andy Fickman) run a little over 27-minutes.