Case 39 is all over the place in terms of what it wants to be. During a therapy session, Lilith (Jodelle Ferland) sits down with child therapist Doug (Bradley Cooper), the music in the background (credited to Michl Britsch) sounds like something from the X-Files. Prior, we have the story of a social worker taking in this cute kid until a foster home can be found, removed from her parents after they try stuffing her in a lit oven.

Then we take another turn, the movie swapping a slow plotted but mildly engaging thriller to bizarre Exorcist territory horror as a swarm of hornets begin a path of destruction. Case 39 goes from 0 to 100 on the terror scale in a matter of seconds, the audience probably unprepared and as baffled as our lead character Emily (Renee Zellweger).

The jarring switch in genres is one thing, while stupid characters dominate the plot leading to those swaps. Case 39 hits the nail on the head for the creepy kid sub-genre, and there’s little doubt Ferland is wonderfully effective in her role. The growing anger she displays is intense, while the sheer panic of the adults populating this one is simply grating.

Emily’s change in attitude is instantaneous, quick to accept that this child is some type of hell spawn for reasons not explained. It’s a leap of faith, while everyone around her takes a more casual approach. When the inevitable approaches, Emily makes the same mistake Lilith’s previous parents did, take the widest, longest road to get where the film states Emily needs to be. The array of options available to her are immeasurable, yet the script moves in such a way that is must keep extending itself, losing the audience on the way there.

It’s easy to draw comparisons to a fairly recent Warner release, Orphan, in which a family adopts a little girl, only to find out she has some killer instincts. Case 39 doesn’t do much to separate itself, and while some stupidity may dominate both films, Orphan stays true to its horror aspects. It didn’t pretend to be anything else, and by Case 39 doing so, it only makes it easier to spot how mind-numbingly dumb these people are. 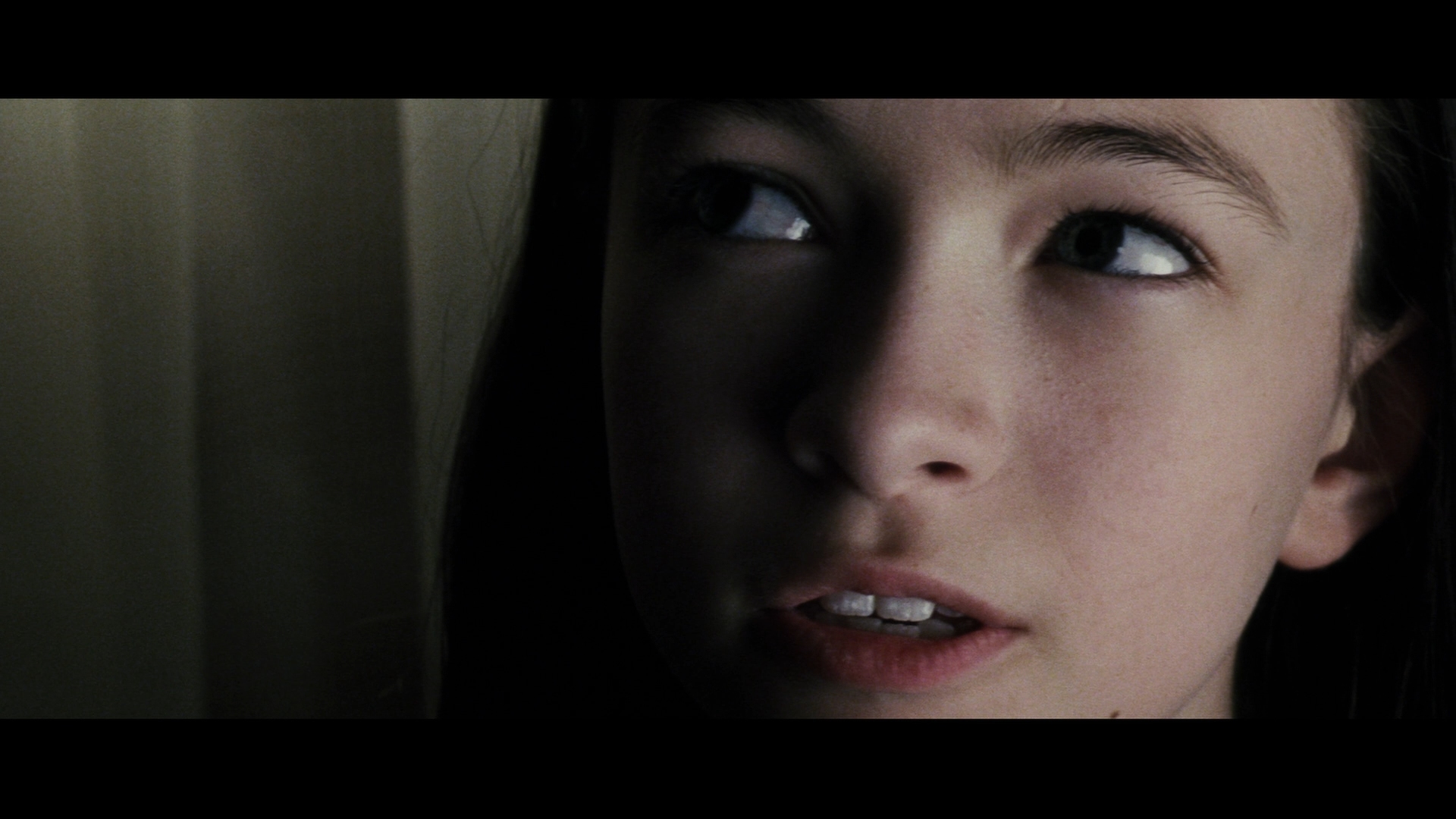 Paramount’s AVC encode for Case 39 is an odd one, saddled with a high bitrate AVC encode that hardly looks the part. Noise is one of the most persistent issues here, Emily’s living room painted a deep green that just wreaks havoc on compression. Other walls are much the same, from the offices to the police station. There is a relatively thick grain structure at work to begin with creating a bit of a tough baseline, but there should hardly be this many problems on display.

There’s a pale color palette at work here, flesh tones flat and colors dim. That has nothing to do with the noise of course, just a concentrated effort to desaturate things. If anything, it’s fairly close to being perfectly natural, the digital intermediate likely playing a limited role.

Of larger concern are the black levels, sufficient for sure, yet never reaching their full depth or density. They suit that bland look to match the colors, although fail to give the image depth, dimensionality, or contrast. Case 39 is a flat film, the black levels confirming the style choice if nothing else.

Within the source is a lot of pervasive softness, sometimes obviously a focal choice, others not so much. Detail begins to dip as a result, those inconsistent close-ups a disappointment. There are some nicely rendered moments of facial detail, even of the little girl late at 1:23:39, while others falter immensely. A couple of exteriors don’t help either, wholly unimpressive, sharing that same level of softness and flatness. It’s never going to be a great looking film which is understood. The encode doesn’t seem to be doing it many favors though either.

The DTS-HD audio mix seems to suffer from a similar problem, although instead of some flatness with the video, it’s understated dialogue here. There is a serious balance issue at work, part of that to make those false scares stick out a bit, and they do work. However, it’s not fair either, expecting the audience to increase the volume a bit just so the lackluster film has something to work with.

There’s nothing terribly wrong with the audio technically, that aside from a conversation on the beach at 38:10. Not only do the waves in the background sound muddy and faded, the dialogue is excessively muffled, the scene seemingly in need of some serious ADR. The film plays with the stereo channels during downtime, panning school buses side to side, and pushing some positional dialogue through too.

When the action does arrive, it’s a pretty fantastic experience. One of the characters is assaulted by a swarm of insects in their bathroom, the increasing buzz turns into a full-on infestation that catches every channel with some precise, effective motion. An elevator begins rapidly dropping at another point, metal screeching on the high-end, a satisfying rumble hitting the low.

Bonus features are quite brief here, File Under Evil the first, a making-of promo that runs eight minutes. Turning Up the Heat on the Chill Factor is the best of the tiny group, a nicely detailed look at the make-up process. Two other features focus on key plot points and how those scenes were made. A section of 18 deleted scenes run a half hour, containing an alternate ending as a highlight.