Grand Canyon Adventure was meant for 3D, but it’s odd that a film conscientious of its environmental implications is so focused on fancy effects. Opening credits, providing glimpses of a variety of locations, is littered with CG bubbles dancing around the screen.

It’s an interesting idea to display the credits, but then sells itself out for a simply awful computer generated kayaker diving from the top of a waterfall onto the virtual camera. It’s cheap, as if to say the Grand Canyon itself isn’t splendid enough for the introduction. Later, the film moves into the rapids, the camera mounted on the front of a boat, great in 3D for sure, but at home, it’s mostly a nauseating spectacle.

Squeezed between these 3D segments are some amazing sights, camera angles that inspire awe, and sights that are unheard of. The subtitle here is River at Risk, the narrative arc focusing on the dwindling water supply, the narrative thrust on the Colorado river. Sights show the old water line and how the supply has been overused, while comparisons to old photos are used as examples, explaining how the dam has caused problems for the native people of the region.

Between the beauty lies a disheartening message, but it’s also hard to believe there is anything going wrong with the images on display. The water is incredibly clear, the rock formations natural, and the people are having fun. In fact, that’s the gist of it all, a 15-day journey along the river, enjoying its gifts and natural beauty.

It all dilutes the message, or at least its intent. Everyone is having fun, taking a casual tone. The sense that this is all disappearing hard to see when the narration states the problems over the sheer enjoyment that is the focus of many visuals. By the end, and when the showcases are over, the message is rapidly hammered home. The end credits explain ways to conserve, and we’re told how we waste. It’s more effective than anything else, because mostly, the natural intensity of the sights makes it too easy to miss the point. 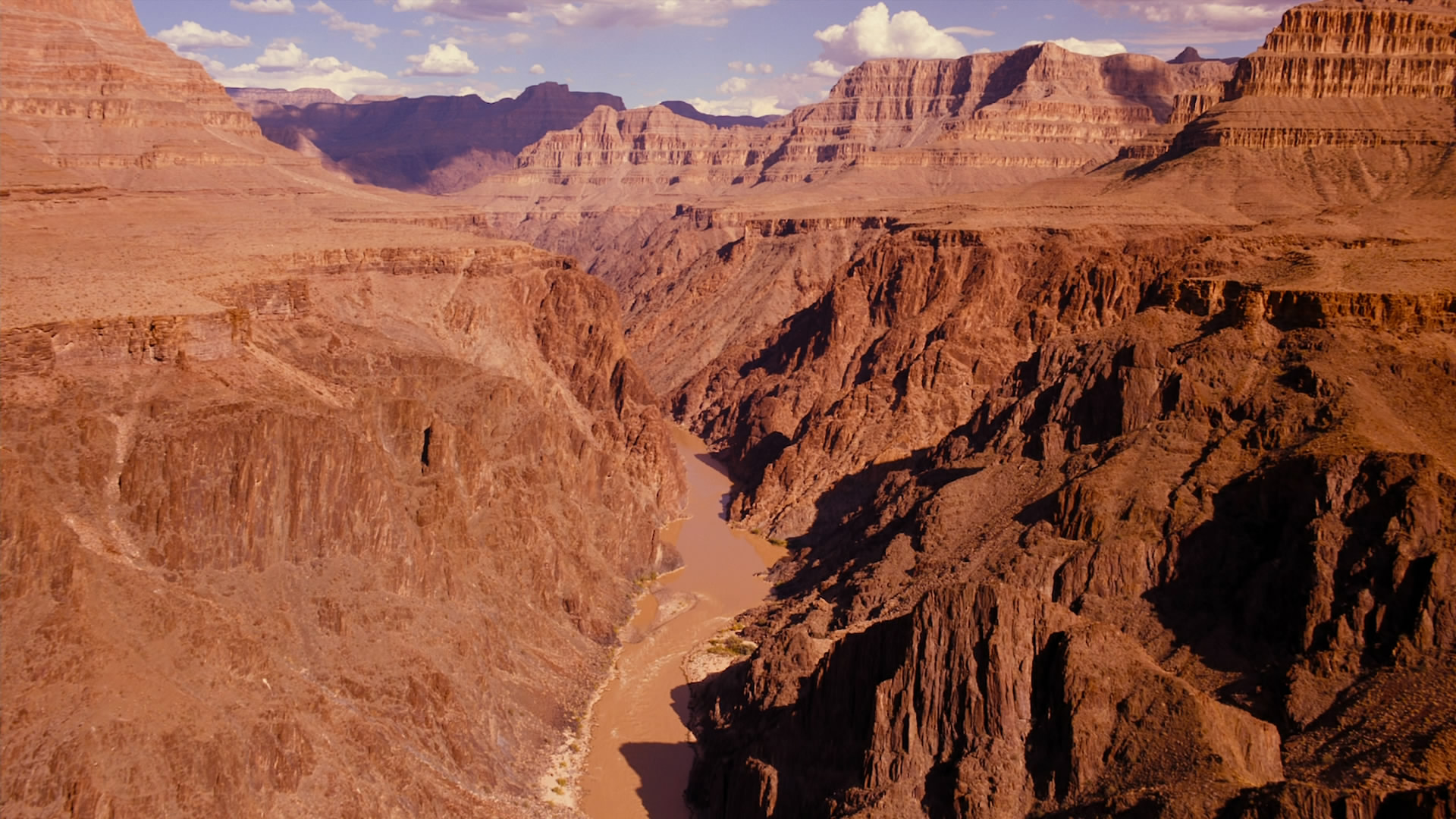 Reference. That’s the only adjective you need to describe this AVC encode, a simply startling effort from beginning to end. Actually, that’s only adjective available without sounding repetitious, every shot of this disc presenting something else to marvel at. Unlike the other two IMAX features being released simultaneously in 3D/2D Blu-ray combo discs, this one produces no notable consistent compression issues, banding, or weak blacks.

This disc is the polar opposite of those, the black levels richly natural. Near the end, we are given aerial views of Las Vegas, quite possibly the best shots of the city ever committed to hi-def. The lights glisten in the dark with intensity, and the nighttime sky is a perfect black. The same goes for the canyon views, shadows cast by the tremendous crevices as full and as depth-filled as an image can be.

The level of detail here is one step shy of miraculous, rock faces loaded with the ultimate in texture. Every line and crack is defined, this well into the frame for as far as the camera lens can capture. Water is naturally clear at the beginning, presented here with such crispness it might as well be actual water running through your screen, minus the electronic disaster that could be. Color is vibrant, the reddish/orange of the rocks coming through on this disc flawlessly.

There are some issues. You can only imagine a truly perfect disc. Compression does take hold at one point, an aerial view of the rapids at 33:22 breaking down into obvious blocks. The shot is brief. A foreground mountain at 20:18 flickers terribly, flicker one issue that subtlety slips into the frame from time to time. There is a also a slight ringing issue on objects deep into the frame, one that only becomes apparent if you’re not being wowed by the rest of the vistas.

Dave Matthews Band provides the soundtrack here, their trademark guitar work prominent within this DTS-HD mix. Clarity is as expected: perfect. When it picks up, the audio fills the room, a distinct split between the stereo channels consistent, aggressive, and natural. It bleeds well into the rears, again with a natural quality that never feels overdone.

The same goes for the film itself, the constant rush of water in those rapids quite intense. As it splashes up and hits the camera around 19-minutes in, it is a period of audio bliss. Crashing waves hit the sub with power, balanced within the mix perfectly, while the rest of the river rushes by in the surrounds. It is an experience, repeated again around the 28-minute mark, right on par with the first. Some ambiance is heard elsewhere, some bird chirps and such heard in the various channels.

Robert Redford narrates, his dialogue fine in terms of volume and definition. The only problem spot of note is the dialogue captured live, not an issue until the credits when the conservation message becomes the focal point. It’s no fault of this DTS-HD track though.

A great 33-minute making-of details most of the shoot, while some water saving tips are provided by Kohler, nothing less than PR shill. A Message from Teva is a nature show parody, mildly amusing. A music video, text rundown about director Greg MacGillivray and some trailers are next. BD-Live supports offers a surprisingly robust video calibration tool, although it is loaded with typos. There are some games and forums as well.

Note: This disc is part of the MacGillivary Freeman Limited Edition Gift Set, containing 10 of the IMAX features from their library. The Grand Canyon Adventure disc in the set is identical to the stand-alone retail release.