On September 1st, 2009, Paramount released Gladiator to Blu-ray for the first time. Along with Braveheart, it signaled the beginning of the studio’s Sapphire line of Blu-rays, celebrating their top titles. What it turned out to be was a disaster, Gladiator given a botched, dated master riddled with DNR and edge enhancement. You can still see DoBlu’s original review of that Blu-ray (with screen shots) for the comparison.

That review still stands as our critique in terms of the film, the audio, and the extras. If you still own the original disc, that remains the definitive text.

With screams of anger from the home theater community, Paramount heard the shouting, and officially instituted a replacement program on July 20th, 2010. It may have taken a while, but the fact that Paramount did anything is a bit of a stunner, especially considering how other studios have handled these remastered transfers already (Disney’s Gangs of New York especially, re-released but not exchanged). Those still with the old disc can send the first disc (no case or anything else) with a mailing address to: 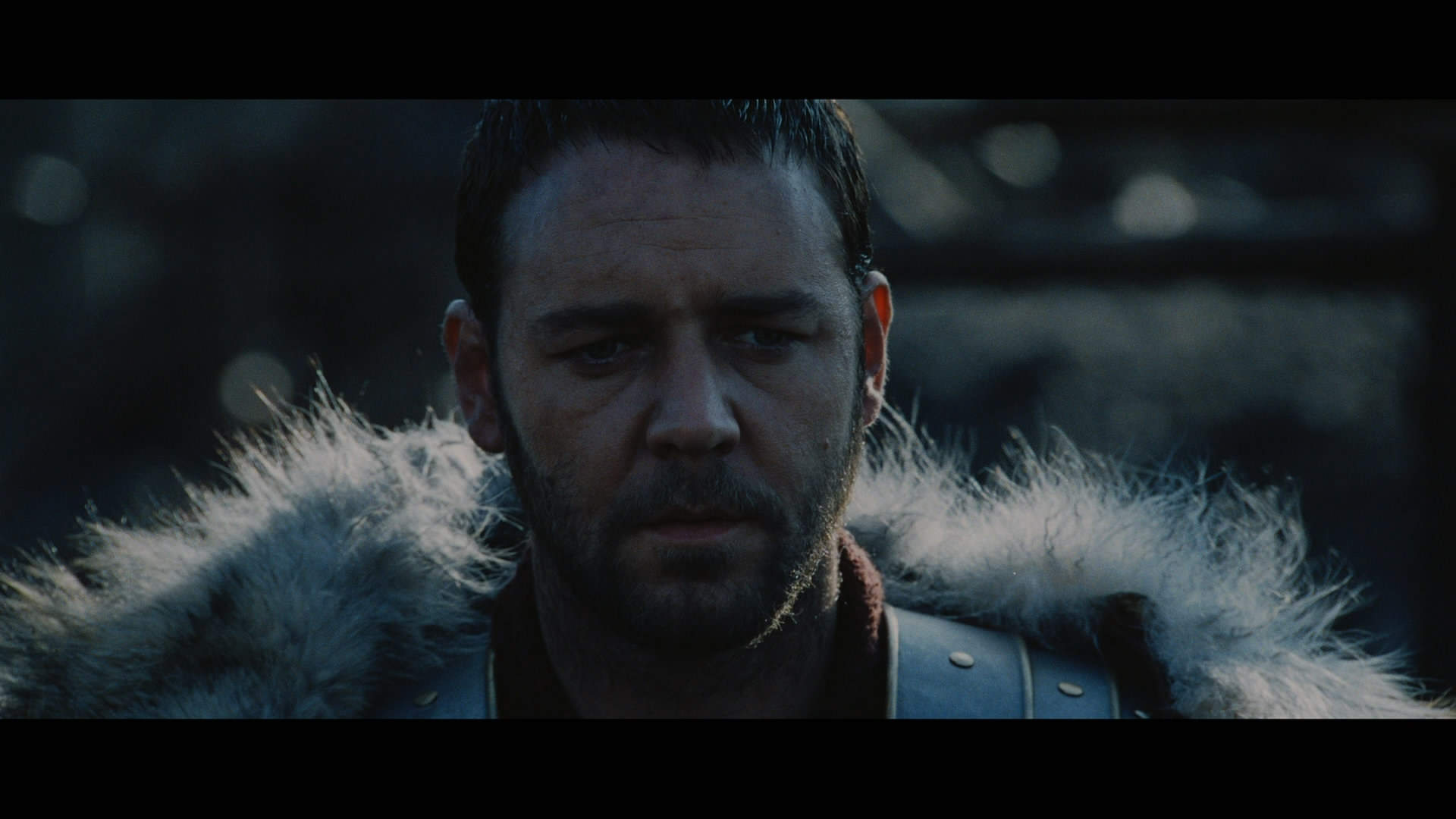 As for the new transfer, what a difference. Gone are any signs of DNR or edge enhancement. In its place is a beautiful, film-like effort that should have been released the first time. From the first close-up of Russell Crowe at 2:14, this transfer takes on new life. Instead of a muddy, undefined mess, this is a razor sharp, clean AVC encode.

More impressive is the detailing of armor, whether chain mail or the intricate patterns worn by Joaquin Phoenix after he takes over Rome. Instead of a flickering, shimmering mess, this transfer restores the brilliance of the texture and design with no visible defects. There remains a hint of flicker on the finest of details when in motion, quick to pass.

Early shots of the soldiers fighting are simply incredible, lined up for what seems like a mile, every one of them visible, even their arrows once fired. The same goes for those grand Colosseum shots, the onlookers defined and visible well into the distance. Even the dirt that lines the ground is visible to individual grains from afar, an impressive feat. Other city shots, and especially the fields at 43:07 (theatrical cut time stamp) are simply stunning.

Color timing is different, a bit warmer once the gladiatorial games begin. What is not evident are garish purple flesh tones, an issue when the DNR took over. While they are still representative of Ridley Scott’s chosen color timing depending on the scene, they can carry a natural feel, aiding all of that now visible detail, from strands of hair making up a beard to small pores and beads of sweat. Wonderfully calibrated black levels are phenomenal, maintaining shadow detail while keeping the depth of the frame evident.

It is not perfect however. If the overdone DNR did anything right initially, it was remove the high number of white specks and small scratches visible on the source, although it tended to remove a lot more in the process. They are not overbearing, but certainly notable. The grain structure, as minute as it is (the film mostly shot on 35 mm), can become slightly noisy. Obviously, with the level of detail on display, it is not detrimental to the image. Those with larger screens may take notice though.