If you’ve figured out who the killers are in Perfect Getaway early, and it’s not that difficult since there are only six real characters in the movie, you’re left with figuring out how writer/director David Twohy is going to explain it logically. He doesn’t.

That leaves A Perfect Getaway as a resume for cinematographer Mark Plummer, although it is hard to imagine how anyone could make these stunning Hawaiian vistas look inferior.

Perfect Getaway, at least in this director’s cut (10-minutes longer than the original theatrical release), is impossibly slow. The first hour is dreadfully plodding, attempting to establish characters out of actors who look bored, including a drastically miscast Steve Zahn.

All conversations play a role in the final twist, but the film loads them with so many, they cannot be explained away. Why would the killers talk about the killers in private with no one else around? It is illogical, a rather desperate attempt to throw the audience off track.  The only reason it loses viewers is the logic gap, not because of original, smart writing.

When the twist is revealed, an extensive flashback (all shot with a blue tint) takes far too long. By the time it comes back to current events, all momentum is lost and the tension has seeped away.

Then, Twohy’s direction takes over, including a weird series of split panels and an unintentionally hilarious slow motion jump by Timothy Olyphant. Credit is due for some limited tension during a critical moment involving a sniper because there is still a chance for a curveball in this script, but it takes the Hollywood ending instead. At least Hawaii is beautiful. 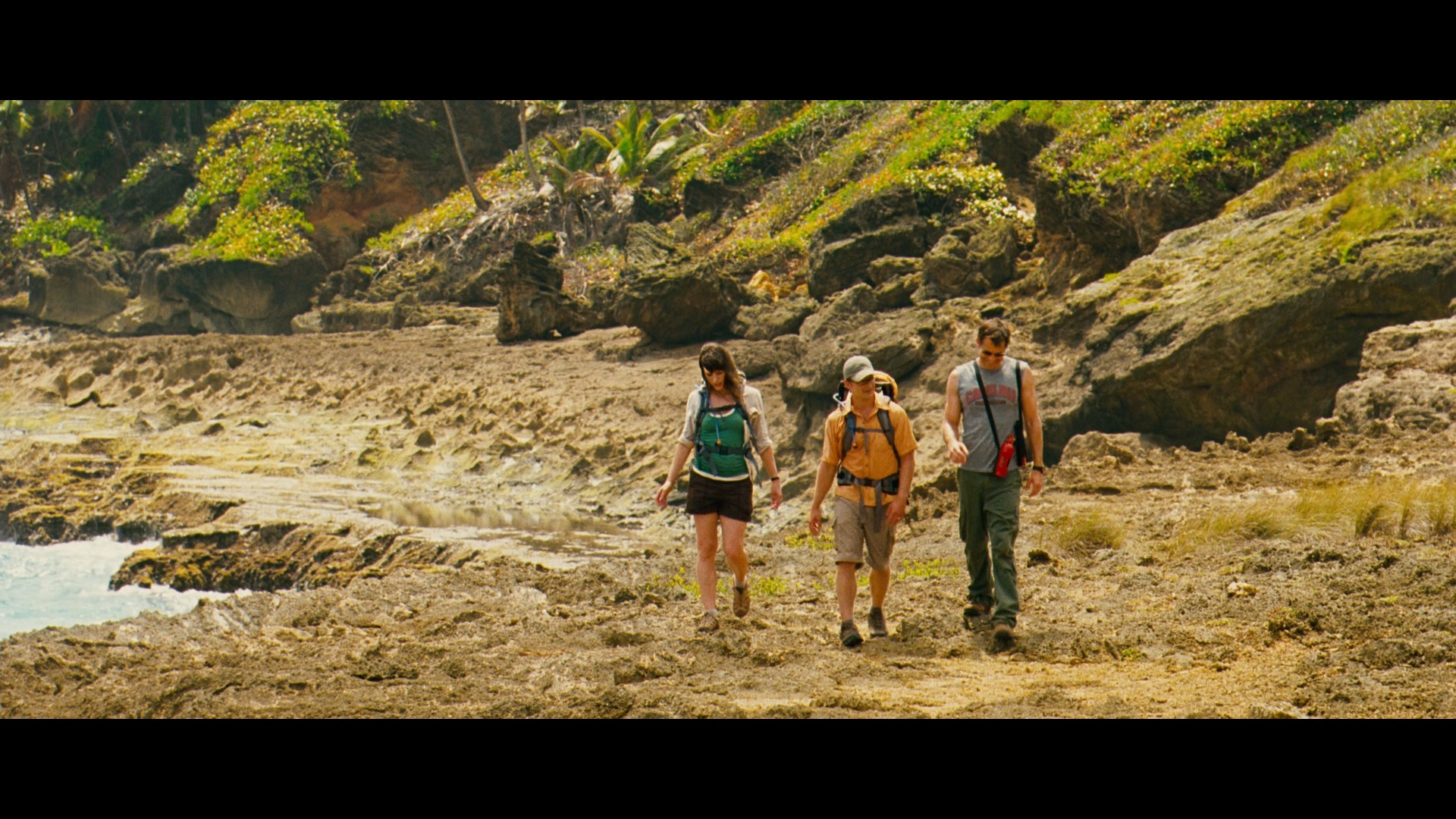 Universal delivers a VC-1 encode for this hi-def effort that at times causes harm to the Hawaii landscape. A long shot at 15:28 is a compressed mess. Those are supposed to be trees in the background. Other aerial shots are worth mentioning for their beauty however, including a pass over of a waterfall where the water below shows clearly defined waves.

There is a definite warm hue to the film, causing flesh tones to appear orange, but this is intent of the photography (and the digital intermediate). Likewise, the lush greens and blues are warmly tinted as well. Generally, high fidelity detail is striking. Faces are fantastically textured, and backdrops such as a small store contain numerous objects this transfer handles without a hitch.

There are no signs of tampering with the grain structure intact, and even spiking on occasion. The flashback scene is notably altered intentionally, blowing out highlights and eliminating detail, but this is clearly to establish a look.

Black levels are routinely excellent, and a hot contrast just makes it feel more like sunny, tropical Hawaii. A slow moving search through a rainy forest is the film’s only real drop in sharpness and detail. Colors here are also dimmed for effect, but that doesn’t necessarily account for the lack of detail.

Ambient wildlife, hefty waves crashing into the shoreline, and deep, rumbling cues from the score are notable aspects of this clean, crisp DTS-HD affair.

Brief gunfire is quite powerful, providing excellent punch on the low-end. An immersive rain sequence, mentioned above for a drop in video quality, is a highlight for the audio. A helicopter landing to arrest some people on the beach is effective, with whirring rotors in all five channels and decent “whoosh” effect (for lack of a better term) coming from the subwoofer.

Dialogue is fine, audible without adjustment. The flashback takes on a noticeably gritty quality, giving dialogue a muffled effect. Like the video, this is intentional.

A small run at the box office doesn’t mean much for extras, which only include a slightly altered ending and D-Box support. BD-Live connectivity is generic. Also, the theatrical cut is included as well as the director’s cut.