When the audience first meets Ray Eddy (Melissa Leo), she is sitting outside her trailer in her car, smoking a cigarette, and tears begin streaming down her eyes. Her husband has left her and taken the money for a new doublewide trailer, which her two sons need given the cramped conditions.

It is a tough situation, one she has little way out of working part time at a dollar store in the middle of nowhere. Due to a chance meeting, she runs into Lila (Misty Upham). This is where the film truly begins, as Ray is desperate for money. She goes along with Lila across the Canadian border for purposes she does not understand.

Frozen River is a story of human smuggling, undoubtedly a dark and tragic part of our society that is little seen. Most would rather not know that it happens.

Opening scenes quickly show the desperation of Ray’s situation, feeding her children microwave popcorn and Tang for dinner due to the financial situation. As Ray begins smuggling people, she is confused, as is the audience. Who these people are, where they come from, or why they are being taken to a specific location is unknown.

Much of Frozen River’s purpose comes from the trafficking, which while critical to film, does not always push the story forward. A sequence involving the smuggling of a Pakistani couple, despite powerful emotional involvement with regards to their infant, does not progress the characters or the core of the film which is a mothers struggle to survive with her children.

First-time director Courtney Hunt uses a small budget to her advantage, shooting the film in a documentary style that feels natural and does not require expensive sets. It also adds to the drama, giving the film a realistic feel Frozen River would have been unable to obtain otherwise.

Leo’s performance is a powerful one, undoubtedly the highlight of a small cast. An Oscar nod is deserved, along with the writing that develops a deep character through natural dialogue. Sadly, the film leaves a number of open questions, including the whereabouts of Ray’s husband, and plot points that serve no real purpose such as Lila needing glasses.

The ending is not necessarily a relief, but a solution that benefits all. In fact, it is the only option, although sadly one that doesn’t answer a number of hanging questions. 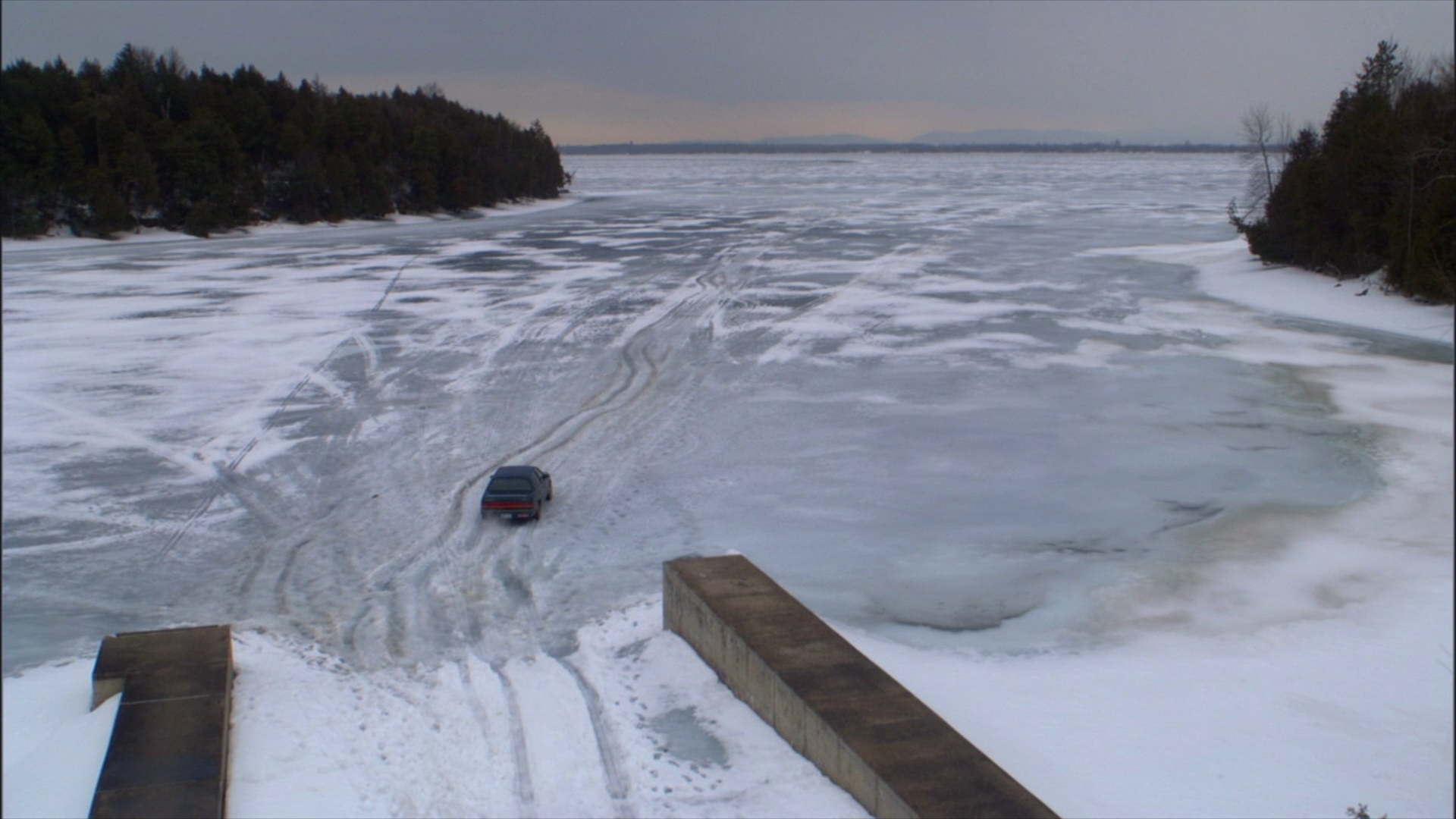 Frozen River was shot digitally, and only in 720p (upscaled to 1080p for this disc), the reason for the variety of problems with this transfer. Extensive noise is constant, present in any sequence of low light and that is much of the film. Detail is marginal at best, and minor ghosting is evident during fast movement.

Color is fine, muted intentionally. Flesh tones are excellent. Black levels are muted, leaving a murky feel to nearly all of the nighttime raids.

This is one of those transfers that drives a reviewer nuts, because this is obviously representative of the source. The AVC encode carries a high bit-rate, leading to no artifacting or transfer problems to speak of. However, the film doesn’t look great by any means, and given the hi-def expectations, Frozen River is a disappointment.

A TrueHD mix is limited by the source, which offers little to work with. A strip club visit late in the film will work the subwoofer with a throbbing musical cue. The surrounds are flat throughout. Dialogue is fine, nicely mixed throughout without need for adjustment.

The only extra is a dry, flat, and sparse commentary from director Courtney Hunt and producer Heather Rae.