Hank Azaria should be the lead star on the poster for Night at the Museum: Battle of the Smithsonian. He plays Kah Mun Rah, an Egyptian king brought back to life thanks to the same stone tablet used in the first film.

He’s having a difficult time adjusting to the modern world, fighting both Larry Daley (Ben Stiller) and his own cohorts in evil as they try to take over the world. Nearly every line spoken by Azaria generates a laugh, not due to the sharp and witty writing, but because of his performance.

Each word is sold, both thanks to his goofy comedic voice and timing. Battle for the Smithsonian generates many of its laughs by letting the actors play off of each other, undoubtedly thanks to adlibbing in many cases. For a while, the film feels as if it exists to move from one extended conversation to the next, beginning with a priceless appearance from Jonah Hill. It is a shame he only has one scene.

With the sense of wonder and discovery gone, Battle needs to step up the excitement. Wisely keeping the old cast confined for much of the film, Battle creates an entirely new environment to play in, one filled with equally memorable characters. Pop culture references allowed by the change in location are hilarious, although wisely subdued. The adult audience will understand why Archie Bunker’s chair is important. Kids won’t.

With the exception of a slow start, which apparently allows Daley’s son to use Virtual Earth to see a full map underneath the Smithsonian (?!), Battle turns into a string of imaginative action scenes and special effects. The adventure is exciting, and certainly not dull. The story is well paced, and when the film moves out of the museum, it has an additional opportunity to expand.

Shawn Levy directs with care, and goes for it all with the laughs. Take for instance the miniature Octavius (Steve Coogan). He is trying to infiltrate the White House to tell the President about the situation inside the museum. Octavius begins a charge to the front door through the lawn, with his loud battle cry and thunderous music. The film cuts to a distance shot, completely quiet without audio, before moving back in to show Octavius out of breath, having “misjudged the distance.” It’s a priceless scene.

Amy Adams also owns her role as Amelia Earhart, much as she did Giselle in Enchanted. She plays the character with spunk, a free spirit spouting off archaic slang dialogue with a rapid-fire pacing that makes you understand why Stiller would be awkwardly drawn to her.

Sure, Battle is overloaded with gaping plot holes, logic problems, and a story that never completely makes sense (Kah Mun Rah was going to take over the world with 20 or so birdmen?). It doesn’t need to solve any of those problems. Battle’s concern is to entertain, and it does so with a flair rarely done so well in family blockbusters. 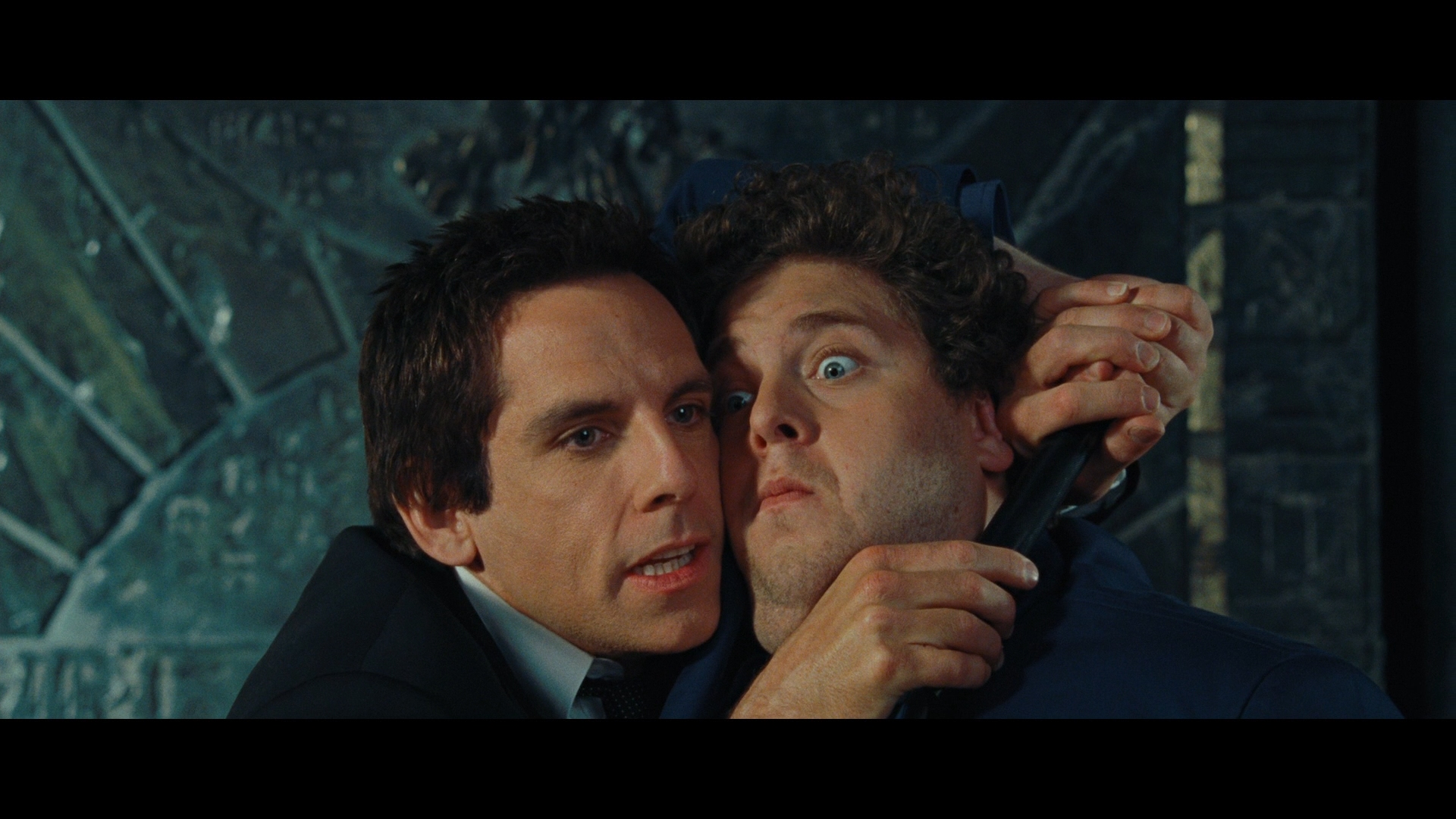 Fox produces a vibrant AVC encode, one with a warm hue that leads to some slightly orange flesh tones. Primaries remain vibrant, beautifully saturated and accentuated by generally deep blacks (with a brief moment of crush). Contrast is bright without bleaching detail.

Sharpness is generally perfect, with minor drop-offs, particularly near the hour mark at the Lincoln Memorial. Facial detail is inconsistent, although rarely reaching a top-tier level. Items such as Egyptian/Roman armor and war uniforms are fantastically defined, especially items such as medals and buttons. The grain structure is the largest concern, at times overly digital and overbearing. Noise is evident during a few special effect scenes.

Disappointing is the reaction to this flat, dull DTS-HD track. Surrounds are dead for much of the film, the only real highlight being the visit to the Air & Space Museum. Activity rings through each channel, including voices and jet engines. Likewise, the flight is especially active, with wind sheer and propellers moving through.

Alan Silvestri’s score is lively, offering crisp highs, fine surround bleed, and adequate lows. However, the subwoofer is subdued during action. Giant Abe Lincoln’s footsteps are miniscule, and jet engines barely register in the sub. There is minimal power behind this mix, even with plenty of opportunity to provide it. This is a rare summer action-oriented film which carries an audio track that is unable to live up to the vibrancy of the visuals.

Two commentaries begin the extras, the first with director Shawn Levy solo, the second by co-writers Robert Ben Garant and Thomas Lennon. Nine featurettes follow, ranging from the expected making of (The Curators of Comedy) to a piece on the Jonas Brothers. Nothing here is especially enlightening, although watching the monkeys in their own section is enjoyable.

A gag reel runs for around eight minutes, while 10 deleted scenes also feature an alternate ending. Two Fox Movie Channel promos are, well, promotional, and a pop-up interactive game can be played along with the movie. The rewards are limited. Trailers (numerous ones) follow.