It takes over five minutes for the opening credits of Death Warrior to finish, staggering considering the finished project looks like a few college kids threw it together over the course of a weekend. Death Warriors barely even qualifies as a movie, shot as if this were directed by someone who only has experience directing soap operas.

The disgraceful writing generates a plot that has writer/star Hector Echavarria playing Reinero, running around killing various UFC fighters to save his poisoned wife. The fights are broadcast over the internet to rich clients where they gamble millions, represented to the audience on a computer generated computer… no, it makes no sense.

Reinero’s wife is slowly being poisoned, crying in agony as the drug eats away at her stomach. However, after Reinero returns home (and a subplot about a GPS tracking device is randomly dropped), she is ready and willing to have sex, while an obvious body double takes the place of Tanya Clarke for all nude scenes. At least she had the good sense not to reveal herself in this garbage, although multiple other women do simply to put some boobs on screen.

Direction is so careless, after a hooker is killed, she lies on the floor during a long shot. Her eyes obviously blink as she stares directly at the camera. How does anyone miss that?

An attempt at humor has one of Quinton “Rampage” Jackson’s assistants stating, “Let’s not rule out the Oscars just yet.” That’s not a problem, as anyone with even a smidgen of film knowledge would know better to stay as far away as possible from this miserable, sloppy, careless, and offensively terrible tripe. 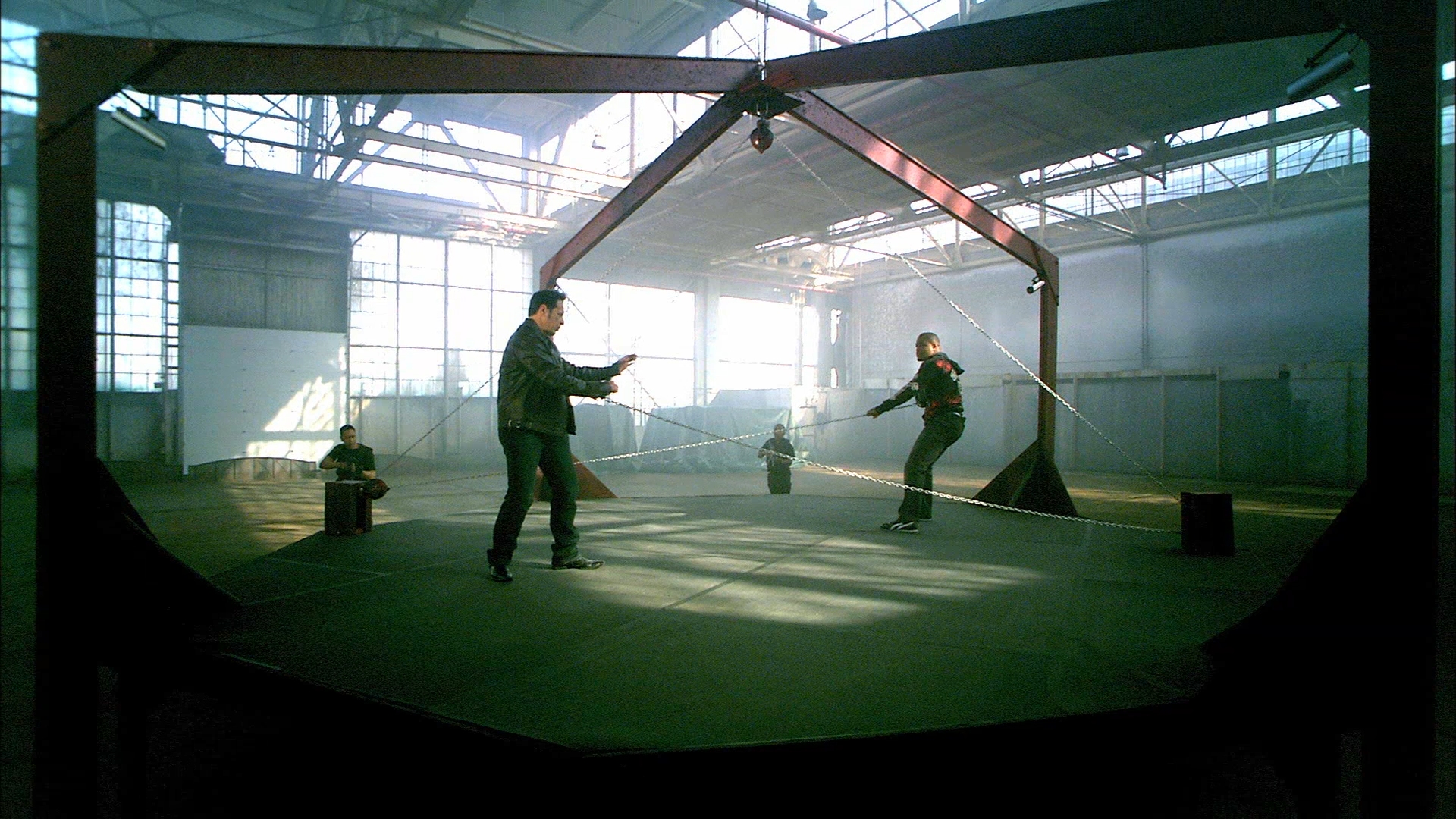 Obviously in an attempt to spend as little money as possible, Death Warriors was shot digitally. It shows. You would be hard pressed to find a transfer more inconsistent than this AVC effort. While noise is overbearing from the beginning, detail is strong in this early scenes. Facial textures are delivered sharply, with excellently defined features. Colors pop, and flesh tones are accurate…

… or at least, in a few scenes, that all holds true. Much of the movie is a digital mess, with irritating noise littering the frame. Backgrounds are hidden beneath a layer of digital artifacts. Faces are flat in one close-up, and loaded with depth the next. Black levels are somewhat consistent, with a minute or two of crush. Some overhead shots of the city are fantastic, while others suffer from significant ringing and edge enhancement. Flickering window blinds and a sunrise that shows awful banding are minor issues, but worth mentioning.

A DTS-HD mix has little to do other than push the grating soundtrack through the fronts, with a slight bleed into the rears. Dialogue is a victim of cheap recording methods, lacking crispness and clarity. Action is front-loaded, and the stereo channels are never separated. The opening and the finale have some minor crowd noise in the rears, but this is a dull audio affair that seems to fit right in with the finished product.

Extras begin with a behind-the-scenes featurette that runs for a little over 13 minutes, and hilariously, everyone takes this movie seriously. Even funnier, watch how the clips taken from the set look no different then the finished film, aside from the video quality. Rules of a Knife Fight focuses on choreography, although doesn’t explain why the editing ruins it anyway.

Three interviews, with MMA stars Rashad Evans, Rampage Jackson, and Georges St. Pierre are too brief to offer any insight. A “micro video” is an obnoxious music video with clips from the movie playing behind it. Training in Hawaii has UFC fighter BJ Penn training someone who won a contest in a whopping one minute clip. Commercials for TapOut and trailers for movies that look even worse follow.